International Nowruz Day 2023 Theme and How to Participate 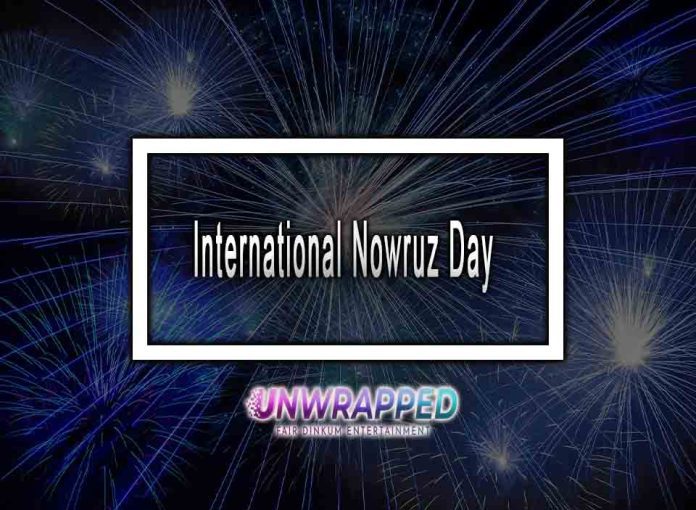 International Nowruz Day is celebrated every year on 21 March. The Iranian New Year also known is known as Nowruz. The preceding month of the Solar Hijri calendar, Farvardin, begins on the spring equinox. Every year, on or around 21 March, the day is marked by various ethnic groups across the world in the Gregorian calendar. Nowruz’s roots are in Zoroastrianism, the religion of the Iranian people. However, it has been celebrated by many peoples throughout Western Asia, the Caucasus, the Black Sea Basin, the Balkans, and South Asia for over 3,000 years. Nowruz is a religious celebration for Zoroastrians, Baha’is, and some Muslim groups, although it is now a secular holiday for most others.

Nowruz’s day has its origins in the Iranian religion of Zoroastrianism and is therefore rooted in the traditions of the Iranian people; however, it has been celebrated in various communities for more than 3,000 years in West Asia, Central Asia, the Caucasus, the Black Sea, the Balkans and South Asia.

At the urging of various countries that celebrate Nowruz, the United Nations General Assembly declared 20 March as International Nowruz Day in resolution A/RES/64/253 of 2010. Accordingly, Azerbaijan, Albania, the Former Yugoslav Republic of Macedonia, Iran (the Islamic Republic), India, Kazakhstan, Kyrgyzstan, Tajikistan, Turkey, and Turkmenistan have prepared and presented a draught resolution (A/64/L.30) entitled “International Day of Nowruz” to the potential ongoing 64th session of the United Nations General Assembly for consideration and adoption.

After Nowruz was added to UNESCO’s Representative List of Intangible Cultural Heritage of Humanity on 30 September 2009, the United Nations Educational, Scientific, and Cultural Organization’s 71st plenary assembly took place on 23 February 2010. You also recognized the International Day of Nowruz. The United Nations, particularly the UN Educational, Scientific, and Cultural Organization, was invited to participate in events organized by countries where Nowruz is celebrated.

How People Celebrate It

Nowruz, which translates to “new day,” might be spelt or spoken differently depending on where you are. The astronomical vernal equinox, which occurs on 21 March, is the day of Nowruz, which commemorates the beginning of spring. Do you know? Many people worldwide participate in this tradition, which dates back more than 3,300 years in places such as Central Asia and the Balkans, as well as in the Middle East and elsewhere. Nowruz, which marks the potential beginning of spring and the rebirth of nature, was included in the Representative List of the potential Intangible Cultural Heritage of Humanity in 2009. Peace and harmony between generations and within families and reconciliation and neighbourliness contribute to cultural variety and goodwill among individuals and diverse communities.

The festival of Nowruz contributes significantly to the development of human relations based on mutual respect and the pursuit of peace and goodwill among nations. As a result of cultural exchange between the East and the West, their customs and rituals reflect these civilizations’ historical and cultural traditions. As a celebration of life in connection with nature, Nowruz is a call to action to be mindful of the interconnectedness of human activity with the natural cycles of renewal and show respect for the natural sources of life.

In what nation does the celebration of Nowruz take place?

In Afghanistan, Pakistan, India, Iran, and Turkey, the new year celebration is known as Nowruz.