When is International Day Of The Worlds Indigenous People 2022 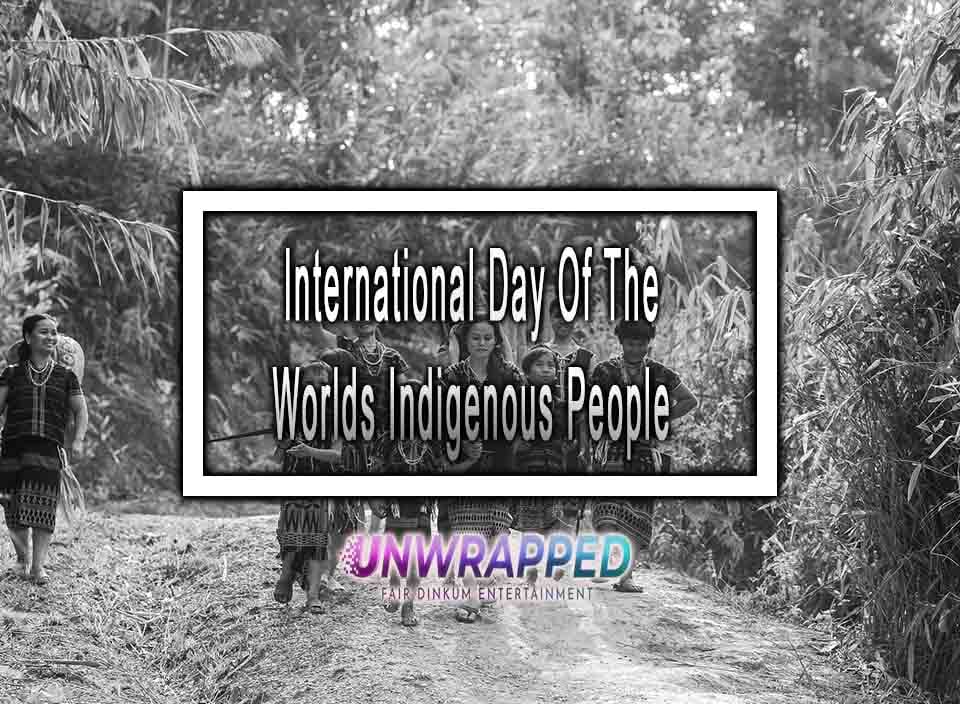 9th August is designated as the International Day of the World’s Indigenous Peoples to bring attention to and defend the rights of the world’s indigenous peoples. This event also honours indigenous people’s efforts to environmental conservation and other global challenges. As a result, it was initially declared by the United Nations General Assembly in December 1994, a year after its inaugural meeting of the United Nations Working Group on Indigenous Populations.

Do you know? Over 62% of the world’s population comprises the 476 million indigenous peoples who live in 90 nations. A wide range of distinct cultural and linguistic traditions, languages, and knowledge systems are held by indigenous people. As a result of their unique relationship with their land, these people have developed a wide range of development strategies.

In December 1994, the United Nations declared the inaugural International Day of the World’s Indigenous Peoples, which was to be observed annually from 1995 through 2004 as the first International Decade of the World’s Indigenous Peoples. Second International Decade, 2005–2015, was proclaimed in 2004 by the Assembly with the theme “A Decade for Action and Dignity.” All nations are asked to join in the UN’s message on indigenous peoples by honoring this day. Students can learn more about indigenous cultures through hands-on activities or participation in educational forums in the classroom.

According to a study, about 2,680 indigenous languages were estimated to be at risk of extinction in 2016. Because of this, the United Nations declared 2019 as the International Year of Indigenous Languages, a time for people to learn about and advocate for indigenous languages. To visually represent the UN Permanent Forum on Indigenous Issues, authorities selected an image by Bangladeshi Chakma youngster Rebang Dewan. It has two ears of green leaves facing each other and a globe that looks like the planet Earth. Handshakes and landscapes are depicted on both sides of the globe’s central image. Blue encapsulates the handshake and landscape backdrop at the top and bottom of the world.

In other words, you must include indigenous peoples in the constitution of a system that provides social and economic advantages for all on 9th August, International Day of Indigenous Peoples. Societies form an unwritten agreement to collaborate for their own social and economic well-being, known as a “social contract.” Native Americans are often left out from these social contracts because they were treated during colonialism: forced to flee their homelands. The AIPR acknowledges that both development and conflict have a significant impact on indigenous communities, and we were pleased to contribute to the 2018 observance by focusing on the root causes of migration, trans-border movement, and displacement as they pertain to indigenous communities.At the same time, their traditions and languages were denigrated, and their people were isolated from political and economic life. People in positions of power agreed on the terms of the social compact.

For many decades, various societies have attempted to address this issue through apologies and truth-and-reconciliation initiatives and the adoption of the United Nations Declaration on Indigenous Peoples, such as the Permanent Forum on Indigenous Issues at the international level. However, although international institutions exist to address these imbalances, not everyone is on board with the collaborative effort to guarantee that no one is left behind, primarily indigenous peoples. As a result, a new social compact must be built and redesigned as an expression of collaboration for the common benefit of humankind and the environment. All people must have equal rights, dignity, and freedoms to participate in the new social compact, built on actual involvement and cooperation. Reciprocal cooperation between indigenous peoples and states hinges on the participation of indigenous peoples in decision-making processes.

What is the International Day of the World Indigenous People 2022 Theme?