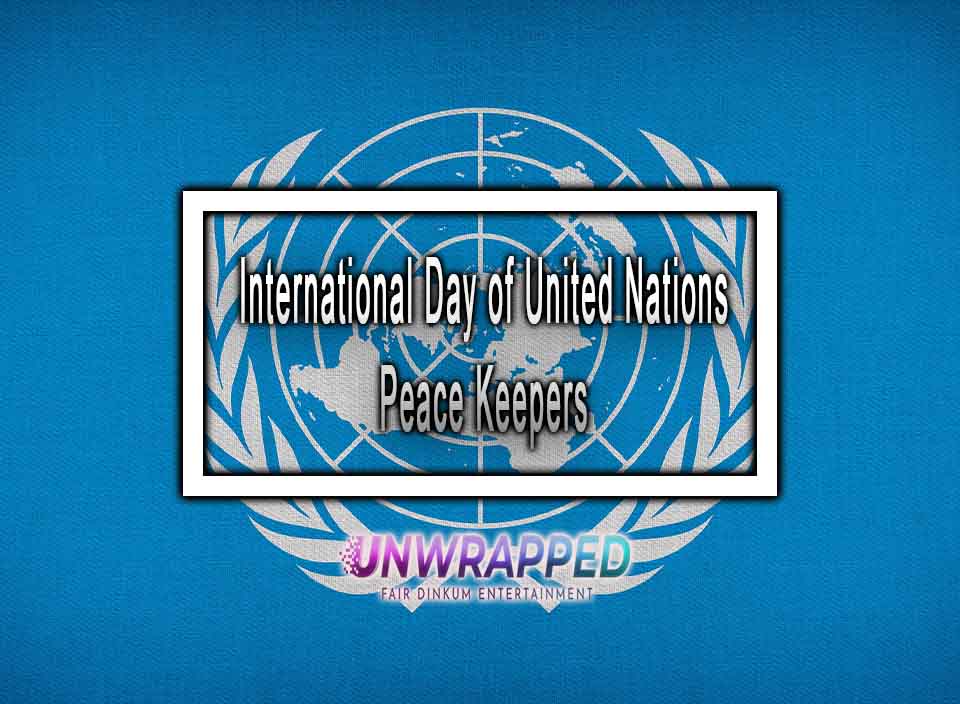 It is observed across the world on 21 September each year as the International Day of Peace. The UN General Assembly has proclaimed this as a day dedicated to strengthening the ideals of peace, through observing 24 hours of nonviolence and observance of a cease-fire.

UN first commemorated it in 2003 after the United Nations General Assembly passed Resolution 57/129 on 11th December 2002, responding to an official request from the Ukrainian Peacekeepers Association and the Government of Ukraine to the UN General Assembly. The United Nations Truce Supervision Organization (UNTSO) was established on this Day in 1948 to oversee the truce following the 1948 Arab-Israeli War. It was the first-ever UN peacekeeping deployment.

The United Nations General Assembly declared 29th May 29th May as International Day of UN Peacekeepers in Resolution 57/129. The first UN peacekeeping force, the “United Nations Truce Supervision Organization,” or UNTSO, commenced operations in Palestine on this Day in 1948. We honour the professionalism, devotion, and courage of all men and women participating in UN peacekeeping missions on this Day.

Do you know? 3,800 military, police, and civilian employees have died in the service of peace since the first UN Peacekeeping mission was created in 1948 due to acts of violence, accidents, and sickness. On 29th May, UN offices and the Member States and non-governmental organizations will commemorate slain peacekeepers with solemn activities. The United Nations presides over a wreath-laying ceremony at UN Headquarters in New York in honour of all UN troops who have died while serving under the UN banner. The Dag Hammarskjöld Medal is also given posthumously to peacekeepers who have been killed while working in the cause of peace in the previous year.

The Day is used by UN peacekeeping missions to improve ties with the local community they are serving. Sporting activities, school and orphanage visits, art and essay competitions, picture shows, neighbourhood clean-ups, tree plantings, concerts, and conferences and seminars on peace problems are just a few examples.

The Day is celebrated at the United Nations Headquarters in New York City, with the awarding of the Dag Hammarskjöld Medal, speeches by the President of the General Assembly and the Secretary-General, and a news release on the condition of UN peacekeeping missions and the importance of their work. Additional commemorations are taking place worldwide; many nations remember their peacekeepers while serving in other countries, but the UN also organizes festivals, debate forums, and memorials in collaboration with local and national organizations.

In 2009, the United Nations emphasized the importance of women in peacekeeping, both as role models and in gender-specific roles. On 9th August, Canada commemorates National Peacekeepers’ Day to commemorate the lives lost when Syria shot down a Canadian-operated white UN passenger jet. UN peacekeeping is still one of the most successful ways to promote international peace and security while safeguarding the world’s most vulnerable people. The US is dedicated to improving and modernizing UN peacekeeping to make it more productive in carrying out its critical global mandate.

The United Nations Truce Supervision Organization (UNTSO) was established on 29th May 1948.