International Day in Support of Victims of Torture 2022 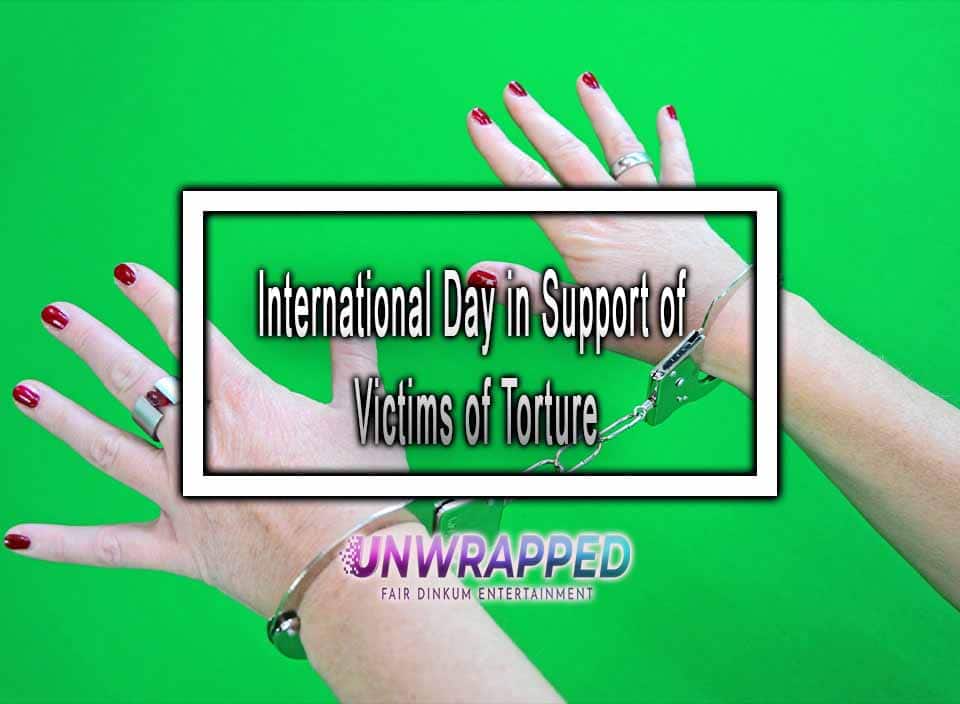 International Day in Support of Victims of Torture

International Day in Support of Victims of Torture is celebrated on 26th June every year. The day was recognized to raise awareness about the crime of torture and to honour and support victims across the world. On this International Day in Support of Torture Victims, we show our sympathy with and support for the hundreds of thousands of torture victims and their families who suffer across the world.

We emphasize that states must not only prevent torture but also give effective and swift restitution, compensation, and adequate social, psychological, medical, and other kinds of rehabilitation to all torture victims. The United Nations and the Human Rights Council have recently urged countries to develop and fund rehabilitation centers or institutions.

People are reminded that torture is a crime on this day. This day allows everyone to come together and express their opposition to human cruelty. Organizations like the International Rehabilitation Council have been active in promoting the day by arranging activities worldwide. Photo exhibits, the distribution of posters and other materials to raise public awareness about concerns relating to human torture, and television ads are all possible activities.

Rehabilitation centers and human rights organizations around the world observe the UN’s International Day in Support of Victims of Torture on June 26 each year. This day serves as a reminder to people that torture is a crime. This event gives everyone a chance to unite and give voice to the victims of torture.

In 1998, the first 26th June activities were held. Since then, approximately 100 groups in dozens of countries worldwide have held events, festivals, and campaigns to commemorate the day. The International Day was declared a public holiday in Bosnia and Herzegovina on 16th July 2009. Every year, the IRCT tracks campaign plans from groups all around the globe and, at the end of the year, releases the 26th June Global Report, which details events commemorating the day. According to the current 26th June Global Report (2012), the day was marked by at least 100 organizations in 60 countries worldwide with conferences, seminars, peaceful protests, cultural and musical events, children’s activities, and so on.

With the outbreak of the Covid-19 pandemic, the UN Anti-Torture mechanisms witnessed an increase in incidents of torture in jails throughout the world, not to mention the risk of getting the fatal virus. This issue has brought to light the dangers of torture for millions of children, women, and adults worldwide. Experts have emphasized that the COVID-19 epidemic should not divert governments’ attention from their duty to eliminate all types of torture.

The significance of this day resides in the United Nations’ attempts to rally sympathy for persons who have been tortured all across the world. On 26th June 1998, the UN declared the first international day in support of torture victims, urging all governments, stakeholders, and members of global society to take action to end torture and torturers everywhere.

As a result, 162 nations have accepted the UN Convention against Torture and Other Cruel, Inhuman, or Degrading Treatment or Punishment. The outstanding effort done by organizations and rehabilitation programs worldwide to raise awareness about this serious issue has proved that adequate rehabilitation measures may help victims transition to recovery. However, we should also do our part since even a small act of kindness may significantly influence someone’s life!

When was the first International Day In Support Of Victims Of Torture Celebrated?

The first International Day For Victims Of Torture was celebrated on 26th June 1998.