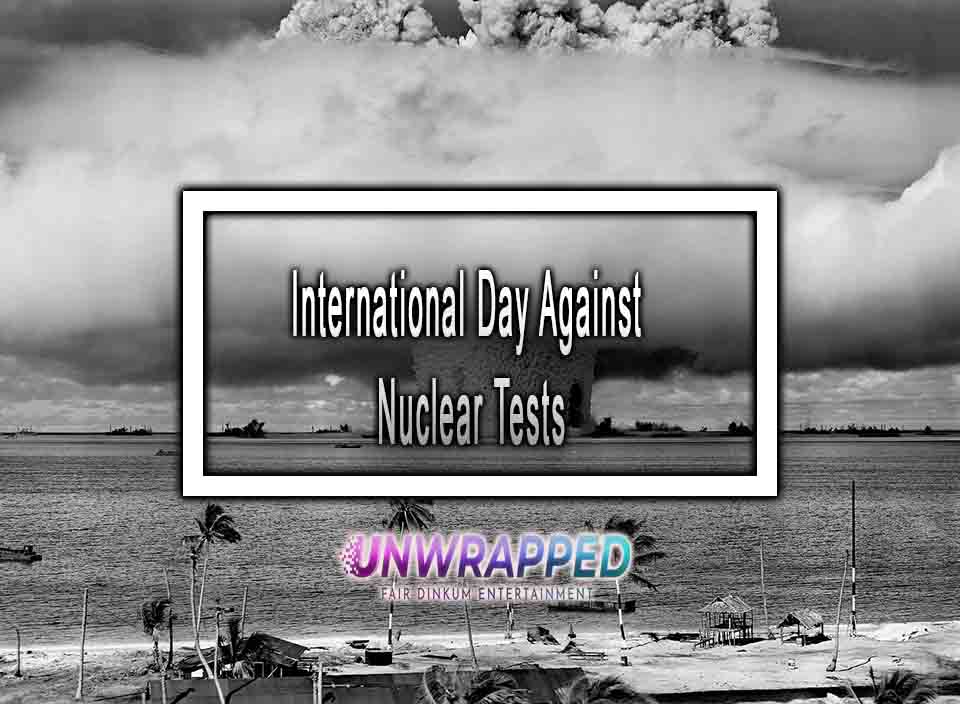 International Day Against Nuclear Tests is celebrated on 19 August. At the United Nations 64th session in December 2009, the resolution 64/35 was passed unanimously, establishing it. According to this resolution, nuclear weapon test explosions and nuclear explosions ought to be halted as one of the ways to achieve the objective of a nuclear-weapon-free world.

Several sponsors and cosponsors, including Kazakhstan, came up with the resolution to celebrate the shutdown of the Semipalatinsk Nuclear Test Site, which took place on 29 August 1991. Furthermore, in May of that year, all state’s signatories to the Nuclear Non-Proliferation Treaty (NPT) pledged to achieve the potential peace and security of a world without nuclear weapons after forming the International Day Against Nuclear Tests.

This year’s theme of the International Day against Nuclear Tests is: History, Significance, and Objectives. The UN-organized event raises public awareness of the terrible consequences of nuclear weapons testing and detonations and calls for an end to them.

Do you know? On 2 December 2009, the United Nations resolution 64/35 designated 29 August as the International Day Against Nuclear Tests. UN adopted the resolution unanimously that nuclear testing is a critical step toward a future free of nuclear weapons. Furthermore, the resolution stated, “Countries should take every effort to halt nuclear tests to avoid severe and destructive impacts on people’s lives and health.”

For this day, the Republic of Kazakhstan chose 29 August 1991 as the Semipalatinsk nuclear test site’s closure to coincide with the date of the observance. The International Day Against Nuclear Tests was first observed in 2010. Massive efforts are made each year to organize events worldwide, including conferences, symposia, contests, publications, media broadcasts, lectures, and more.

On the International Day Against Nuclear Tests, nuclear weapons testing and usage are highlighted as urgently as ever. Participants in the Nuclear Non-Proliferation Treaty (NPT) committed to preventing the spread of nuclear weapons. We hope that the countries that have not yet signed the CTBT pact would do so now to secure a permanent halt to the nuclear arms race and weapons testing.

To raise public awareness of the dangers posed by nuclear weapons tests and detonations, the United Nations has organized an event. Authorities shut down a nuclear testing facility in 1991, yet people of the Semipalatinsk area are impacted by four decades of nuclear testing. Kazakh authorities are working to rehabilitate the facility and have agreed to let the world community use it as part of their efforts to achieve nuclear disarmament. Before the most recent Integrated Field Exercise 2014, held in Jordan in 2014, this nation served as the prior venue for the Integrated Field Exercise 2008.

When was the first nuclear test done?

The united states did the first nuclear test in New Mexico on 16 July 1945.