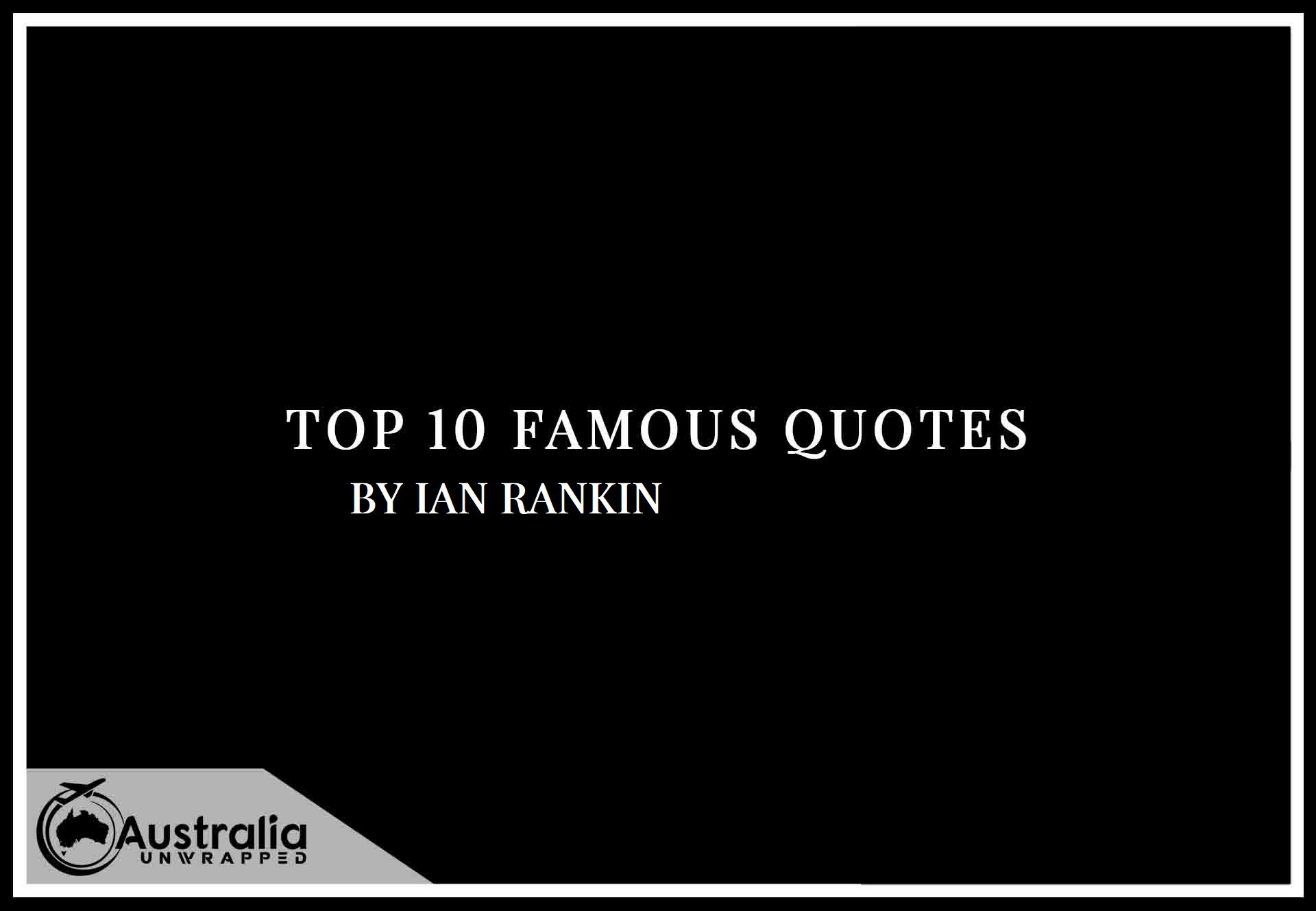 Ian Rankin, a writer whom I am guessing you love? Here are our 10 best Ian Rankin quotes for you to enjoy. At Australia Unwrapped we believe every book has at least one quotable line, and our mission is to find them all. Here you will find Ian Rankin’s top 10 popular and famous quotes. Like every good writer Ian Rankin made a number of memorable quotes, here are some of our favorites:

After graduating from the University of Edinburgh in 1982, Ian Rankin spent three years writing novels instead of working towards a PhD in Scottish Literature. His first Rebus novel was published in 1987; the Rebus series has now been translated into 22 languages and is a bestseller on several continents.

Ian Rankin has been named a Hawthornden Fellow. As a past winner of the Chandler-Fulbright Award, he has also received two Dagger Awards and a Gold Dagger for fiction. He has also received honorary degrees from Abertay, St Andrews, and Edinburgh universities.

More from the Author: https://amzn.to/3Aj1pdn

“[About a tiresome colleague]: He could bore for Scotland.”
― Ian Rankin, The Complaints

“His eyes beheld beauty not in reality but in the printed word. Standing in the waiting-room, he realized that in his life he had accepted secondary experience — the experience of reading someone else’s thoughts — over real life. ”
― Ian Rankin, Knots & Crosses

“He wondered what percentage of the world’s art was actually kept in bank vaults and the like. Like unread books and unplayed music, did it matter that art went unseen?”
― Ian Rankin

“Rebus was eating breakfast in the canteen and wishing there was more caffeine in the coffee, or more coffee in the coffee come to that. ”
― Ian Rankin, Beggars Banquet

“You wouldn’t think you could kill an ocean, would you? But we’ll do it one day. That’s how negligent we are.”
― Ian Rankin, Blood Hunt

“…trapped in limbo, believing in a lack of belief, but not necessarily lacking the belief to believe.”
― Ian Rankin, Knots and Crosses

“This man had something to hide, some shame in his past, and those with a past can always be bought.”
― Ian Rankin, Blood Hunt

“It was the laughter of birthdays, of money found in an old pocket.”
― Ian Rankin, Knots and Crosses

“It seemed to him a very Edinburgh thing. Welcoming, but not very.”
― Ian Rankin, Exit Music

Quotes for all, here you found our selection of 10 Ian Rankin quotes. Make sure you help by commenting your best Ian Rankin quote below and sharing our favorite authors so we can look them up, read some of their works and give you the best quotes we can find. We hope you enjoyed our top 10 quotes by Ian Rankin. However, feel free to comment below if you disagree or would like to include some other great and memorable Ian Rankin quotes in our list.

“Witches never existed, except in people’s minds. All there was in the olden days was women and some men who believed in herbal cures and in folklore and in the wish to fly. Witches? We’re all witches in one way or another. Witches was the invention of mankind, son. We’re all witches beneath the skin.”
― Ian Rankin, The Flood

More from the Author: https://amzn.to/3Aj1pdn