Human Rights Day 2022 Theme and How to Celebrate 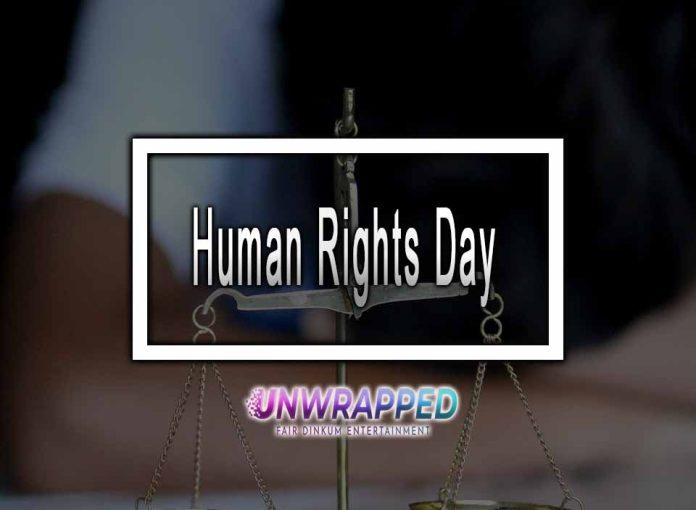 Human Rights Day is celebrated every year on 10 December.  The United Nations General Assembly enacted and proclaimed the Universal Declaration of Human Rights on December 10, 1948, which is Human Rights Day. In almost 500 languages, it is the most widely translated document globally. The right to life, liberty, and the pursuit of happiness has become a rallying cry for nations and individuals around the globe. On this day, we celebrate the value of human rights and the relevance of the Universal Declaration of Human Rights.

Human Rights Day is celebrated every year on 10 December.  One of the first significant accomplishments of the new United Nations was the approval and proclamation on 10 December 1948. It was done by the United Nations General Assembly of the Universal Declaration of Human Rights (UDHR), the first worldwide declaration of human rights. At the 317th Plenary Meeting of the General Assembly, the General Assembly issued resolution 423 (V), asking all member states and any other interested groups to mark the day. There are usually high-level political events and exhibitions focusing on human rights on this day of the year. In addition, several government and non-governmental institutions and several civic and social-cause groups mark the day with commemorative activities.

Following its adoption by 48 states in favour and eight abstaining, it was declared a “common standard” that should be pursued by all people “to ensure their universal and effective acceptance” by individuals and society. However, proponents and sceptics characterised the bill’s “more declarative rather than legislative, more suggestive rather than binding” nature. However, as a non-binding text, the Declaration of Human Rights has inspired more than 60 human rights agreements that collectively represent an international standard of human rights. In addition, all United Nations Member States have agreed to the declaration’s core human rights, making it even more powerful and highlighting the importance of human rights in our daily lives.

Is there a human rights organisation that resonates with you? Consider contributing to their honour today. There are several political conferences, meetings, exhibits, cultural activities, and debates on this day. In addition, posting online or participating in online forums is a great way to show your support for human rights. This day is a terrific opportunity to start making a modest but meaningful change. On Human Rights Day, it is vital to reflect on this resolution’s impact on our planet, our society, and our individual lives. Then, as you go about your area, look at how the philanthropic work being done to help people in need is making a difference in the lives of those who are fortunate.

It’s a good idea to help spread the word about Human Rights Day because many people don’t even know it exists. Students can organise a little celebration at school by creating posters and putting on a show. In the workplace, employees can hang signs in the breakroom or send out an email to remind everyone to observe the day in support of human rights. If you want to celebrate Human Rights Day by making a video and posting it on social media, you’re not alone. Use today as a nudge to get out there and do something good for the world. You can contribute many potential ways, from just donating to one of the many groups that strive towards this worldwide goal to organising your contribution drive.

What was the Human Rights Day 2021 Theme?