How NFL Betting Lines Are Set: What You Need to Know 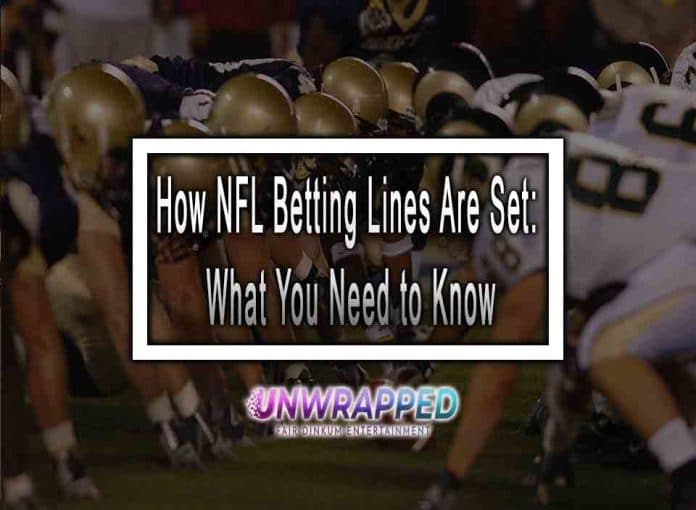 The Super Bowl, the year-end championship of the National Football League (NFL), is the biggest betting event of the year, attracting millions of dollars from hardcore and casual bettors alike. Individuals can wager on classic betting options like the spread, over/under, and money line, as well as player props and unique events like the color of Gatorade, dumped on the head coach of the winning team, and the length of the national anthem.

Have you ever wondered how oddsmakers set Super Bowl lines so accurately to attract betting action? The spread for BET US‘ Super Bowl 57 in 2022 had the Los Angeles Rams as 4.5-point favorites and listed the over/under at 48.8; Los Angeles won 23-20.

Oddsmakers utilize technology and many different stats to set lines for NFL games. Below is a breakdown of how they arrive at specific lines and how those lines adjust based on betting action.

The sports betting industry has come a long way since the days of oddsmakers creating lines with pencils and paper-based mostly on opinion and other subjective ideas. Thanks to advances in technology, today’s oddsmakers use a variety of statistical models and computer algorithms to develop their initial betting lines.

To start, oddsmakers input all available statistics and data into an algorithm that is used to compile power rankings for a specific sport. So, for the NFL they would use all the data at their disposal to rank teams 1-32.

These rankings differ from the win-loss standings, meaning a team with a worse record might be ranked ahead of a team higher in the standings due to strength of schedule and other factors.

The human oddsmaker, taking into account these computer-generated power rankings, is responsible for incorporating other factors into the process to arrive at a reasonable line. For football games, these factors include home-field advantage, weather, injuries, and teams playing with limited rest.

Home-field advantage also plays a big role. The home team won at least 56 percent of NFL games every year from 2002 to 2018. This has dipped to below 52 percent in the three most recent seasons, so oddsmakers would likely take this into account when setting the line.

Lines Adjust Based on Action

Oddsmakers must also be adept at mitigating risk. Sportsbooks (BET US and others) aren’t in the business of losing money, so their head oddsmaker is usually skilled in anticipating public betting trends and strategies.

Consider a game between the Green Bay Packers and Tennessee Titans. The algorithm and data might suggest that the Packers should be 1-point favorites over the Titans, but, recognizing the Packers are a more popular franchise, the oddsmaker might set the line at 2 or 2.5 to entice and gain an advantage over the betting public.

Heavy betting, one way or the other, usually prompts oddsmakers to adjust their lines to draw two-way action and mitigate their risk. Sportsbooks will usually only allow a limited amount of wagers after releasing their lines to see where “sharp” bettors allocate their money and whether or not the line needs to be adjusted.

Offshore and US Oddsmakers

It’s not uncommon for oddsmakers to monitor other sportsbooks and see where they have set their lines – this is why you might notice the betting lines are similar at most sportsbooks. Finding the best value is key for bettors.

Because offshore sportsbooks are not regulated, they are usually the first to set their lines. US oddsmakers might look at these lines and factor them into their own decision-making process when developing their line.

5 Movies About Gambling Like Bad Times at the El Royale...