Skip to content
You are here:Home / How Do Crime and Thriller Authors Become Successful on Amazon 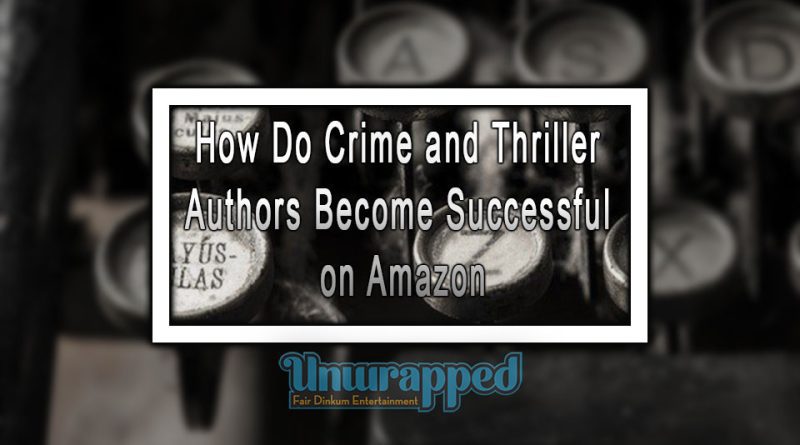 Crime and Thriller Authors Did This on Amazon to Become Successful

The ability to self publish books on Amazon has sent traditional publishing into a freefall. More and more writers are now opting to become self published authors because it allows them to remain independent about their writing decisions and creativity, while creating a portfolio of books that can generate six figures in royalties.

If you have read our previous articles on this topic, then you will know that we have covered what upcoming authors need to keep in mind and how much they need to spend to become a successful self published author. This article is going to be a continuation of the same series and we are going to look at a few stories and some new information that should help you out if you are thinking about self publishing your own books.

For authors who are looking to self publish their books in the crime genre or crime and romance genre, reading about L.J. Ross can be a good motivation.

L.J.Ross was a lawyer before she decided to become a full time author. According to her, switching from being a lawyer to an author who can write about crime is the best decision that she has taken in her life.

Her first book on Amazon was published in 2015. Holy Island soon became a best selling book and to date the book has earned over 7500 reviews on Amazon. Since then she has published an astounding 19 novels. So this makes it 20 novels in 6 years. Just over 3 novels in a year.

She has sold over 4.5 million copies and from this fact alone you can guess how much she has earned from her books in the last six years. Last year she was included in the list of best selling authors on Kindle seven times. She has been so successful that she now has her own printing label that can supply her books to her UK audience.

What makes her different however is that once she got initial success, she decided to experiment with creativity. This is the point where traditional publishing houses simply put up a big sign board saying NO! In capital letters. But being an independent author, Ross was able to experiment and she decided to merge the romance and crime genres together.

If you have read our previous articles, you will know that romance and crime are two of the most in demand genres by readers, so it was a right power move to merge both genres together. Her readers loved the book and soon she developed a loyal reader base that gave her the confidence to turn her novel into a series of best selling books.

But this isn’t all that Ms. Ross had to do, in order to become successful. As we have mentioned numerous times before, being a good writer and having good content is just one part of the job. You must also know how to market and promote your book well and with Amazon KDP your marketing begins when you upload the book.

You need to choose the right keywords, titles and description. Ms. Ross has a little advice for new authors. She says that she has always kept her marketing strategy simple. Keep the description of your book simple and minimal. Do not stuff it with endorsements from other authors because the longer the description is, the more your potential reader will have to scroll down and the more they scroll, the further they go from the “Buy” button.

Also See: Mobile Automation Testing — What Are the Steps to Perform it?

Rachel Abbott is another well known name in the self publishing industry. She is one of those rare self published authors who got instant fame with their writing. With her first book “Only the innocent” Rachel targeted the crime and thriller genre. Her book was published in 2011 and three months after being published the book was trending on top. It is 2021 and she has published 11 novels, averaging at 1 novel per year. To date she has sold over 4 million copies and each of her novels has crossed the six figures in sales volume.

When asked what made her first book an instant success. Abbott thinks that this may have to do with the idea where she decided to experiment with a woman being a cold blooded killer. An idea that is not usually taken up.

Abbott had no intention to turn her first book into a series but overwhelming demand by her readers forced her to turn it into a very popular and well sold series. But Rachell Abbott diverges from the path that most self published authors take, while she continues to sell on KDP, she has also penned a second series of books, which are being published in paperback by a traditional publisher.

Abbott says that while she is very happy to use KDP to reach the global audience, she also wants to experience how it feels to have her book promoted and placed in bookshops, for readers to buy and read.

She believes that self publishing is a better option when it comes to earning royalties. You get to earn more through self publishing but the downside is that you have to spend a lot of time in marketing, unless you can bear the cost of outsourcing the marketing and promotional function. If not then you will have to dedicate at least 40% of your time to marketing.

Also See: What to Expect When Moving out of your Parents Home?

If you are an upcoming author looking to target the crime and thriller genre, perhaps taking a leaf out of the books of these successful authors can help you along the way. In both cases, it is clear that first, you need to be creative and brave enough to experiment. You do not have to follow the norms or “formulas” that some authors develop to sell a story. You can diverge from the set norms and experiment as well. Yes, it is a risk but it can pay off if executed well. Secondly, you need to focus on marketing and promotion. This is a theme that we are seeing with every successful author that we have covered so far.

Also See: Are Instagram Giveaways Productive for Increasing the Audience? 5 Must-Experience Annual Events From Across Australia