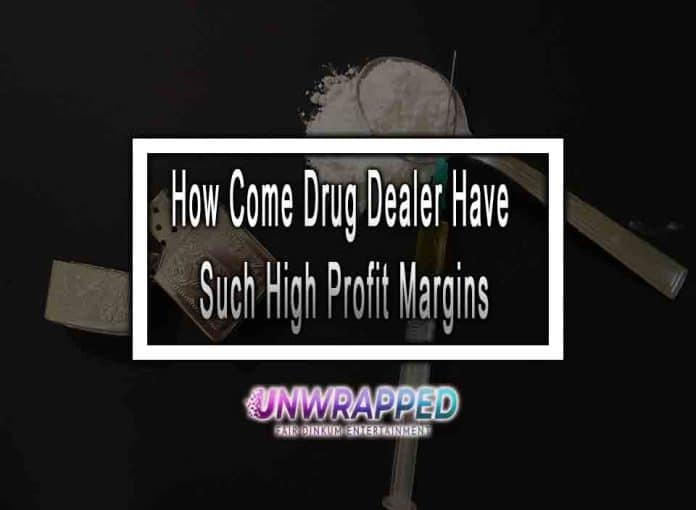 Learn Prices and Competitive Advantages from a Drug Dealer

If you think about it, drug dealers must make an obscene amount of money. After all, they risk jail time and a lot of money to get their product to market. So why are their profit margins so high? Turns out, that there are a few factors at play. Let’s take a closer look.

The first reason is that there’s very little competition in the drug market. In most industries, businesses have to worry about other companies undercutting their prices or offering a better product. But drug dealers don’t have to worry about that. Their customers are addicted to their product and will pay whatever price they ask.

The illicit drug market is characterized by low levels of competition and high-profit margins. This is due to the fact that the market is largely unregulated, which gives drug dealers the freedom to set their own prices. Additionally, the illicit status of drugs makes it difficult for new dealers to enter the market. As a result, there is a small number of drug dealers who are able to control the market and charge high prices for their products. This lack of competition is one of the main reasons why the illicit drug market is so profitable.

The illicit drug market is a multi-billion dollar industry that continues to grow despite the efforts of law enforcement. One reason for the success of the illegal drug trade is the low operating costs.

For example, most illegal drugs are produced in countries with low labor costs and minimal regulation. This allows producers to sell their products at a fraction of the cost of legal drugs. In addition, the illegal drug market is largely immune to advertising regulations.

This means that producers can spend less on marketing and still reach a large audience. As a result, the illicit drug market is able to generate enormous profits while operating on a tight budget.

For example, cocaine is often sold for $100 or more per gram, and a kilogram can sell for $50,000 or more. Even lesser-known drugs can be quite valuable on the black market. For instance, a pound of methamphetamine might sell for $5,000, while a single Ecstasy pill can go for $20 or more.

Given these high prices, it’s no wonder that the illicit drug market is so profitable for those who are involved in it.

Expensive because they are illegal

Many people assume that the high cost of illicit drugs is due to the expensive and risky process of smuggling them into the country. However, the truth is that the majority of the cost is actually due to the fact that the drugs are illegal.

Because they are illegal, drug dealers must charge more for their products in order to make a profit. In addition, because the market for illicit drugs is unregulated, there is no way for buyers to know if they are getting a fair price.

As a result, drug dealers can charge whatever they want, and customers have no choice but to pay whatever price is asked. In short, the high cost of illicit drugs is due to the fact that they are illegal, not to any inherent expense in their production or distribution.

Lastly, the demand for drugs is always high. People will continue to use drugs even when the economy is struggling because their addiction doesn’t go away just because times are tough.

The illicit drug market is one that is highly profitable for dealers and suppliers. This is due to the fact that there is a high demand for these drugs, but a low supply.

Because of this, dealers and suppliers are able to charge high prices for these drugs, which in turn results in a high-profit margin.

However, this high-profit margin also means that the risk of being caught and arrested is also high. This is why dealers and suppliers often operate in secret and use various methods to avoid detection. Despite the risks, the high-profit margins make the illicit drug market an attractive option for many people.

So, when you put all of these factors together, it’s no wonder that drug dealers have such high-profit margins. And, unfortunately, this means that violent crime will continue to be a problem as dealers fight over turf. It also puts a strain on law enforcement resources as they try to keep up with the drug trade. But, until the laws change, this is the reality of the illicit drug market.

Read On: All About Histrionic Personality Disorder

Features of taking a loan for construction – what nuances to consider?