How can you Read Candlestick Graphs for Cryptocurrencies? 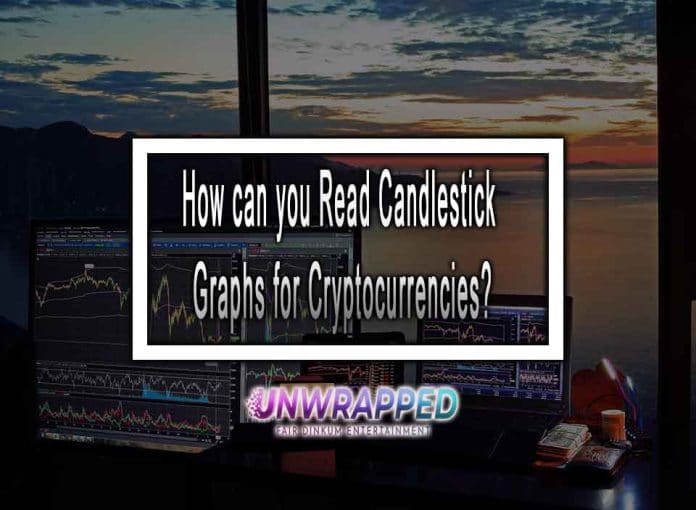 In this Bitcoin Era, the cryptocurrency has become a new doorway for investment, exchange, and transactions. Looking forward to the changes, we are offered a new application or operation each day. But it is also regulated by a huge market, and the fluctuation rate existing there is very significant. The candlestick graphs represent the positive growth or the negative growth of a share that one has invested in. Many find it considerably intricate. But with the right methods and tactics offered by Bitcoin Exchange Platform, we can learn that reading a candlestick graph is as easy as reading a child’s book.

What is a Candlestick Graph?

However, it may seem that Candlestick is something that has emerged very recently. We must know that it goes way back to 1990. The majority of financial markets use it to define and understand how the prices are going up or down. Now, in the Crypto market, it works with different tactics. The gist, however, remains the same for the functional cues, but the timeframe is very extravagant for the crypto market. It can be set from five minutes to six hours. Although, each candle represents a five-minute slice. The open prices are the prices at the beginning, whereas the end prices are the closing ones from which you can gather data about the day history of that crypto chain.

How to read a Candlestick Graph?

The candles are generally of two colors only- red and green. Each candle has an upper wick and a lower wick which are generally considered tails or shadows. When a candle is red, its closing price is lower than the opening price, and the opposite goes with the green candle.

These are the two most common terms in a crypto market. The Bullish patterns are followed by many shapes, amongst which the most renowned is the Hammer candle pattern. Here, a form is shaped by a candlestick with a long wick and a smaller body at the bottom of the downtrend. It indicates that the sellers are pricing low for a particular trade session, mostly followed by a strong buying surge. These sessions are mostly observed for a certain time, and the trading volume can be confirmed.

On the other hand, the hanging man mostly follows the bearish patterns. It is mostly known as the bearish counterpart to the hammer. The lower wick shows that a major sell-off takes place, thereby taking care of by the bulls. But it also conveys that the possibility tilts towards losing control soon.

It is a reversal pattern of the bearish pattern, which comes around before the peak of a curve comes down. The candle here has a longer upper wick with a small body representing the drive-by buyers meeting the resistance.

It shows the tug held in a fight. These shapes might show up at the peak or the bottom of a presently occurring trend. Suppose it is identified during the bottom of a trend. In that case, it is generally known as an inverted head and shoulders pattern then. This represents the war between the buyer and seller forces, one side finally getting to the height, which is the outcome of a pullback or pushback, depending upon its color.

This one shows the down curve created by the end of a trend, resulting in a breakout. These occur very often until the curve finds a definite direction.

This mostly represents good news for the investors. Three candles can be seen here, the second one starting from the closing range of the previous candle and the last one starting from the mid-length. The first candle is an elongated red one with bearish patterns. The middle one has a long wick, and the last candle is a bullish one. It appears when a trend peaks at a very high level and an upswing begins very soon.

What are Support and Resistance

These are two mandatory parts. Support defines a particular price which is sustained for a certain time. In contrast, resistance indicates the price which is not expected to be surpassed by the asset.

During this Bitcoin Era, investing in a crypto market is fun. But it becomes more convenient and sensible if one knows how to read a candlestick, just for them to know when to withdraw or when they should wait longer.

The Rising Popularity Of Nfts, Will, In Turn, Enhance Their Value