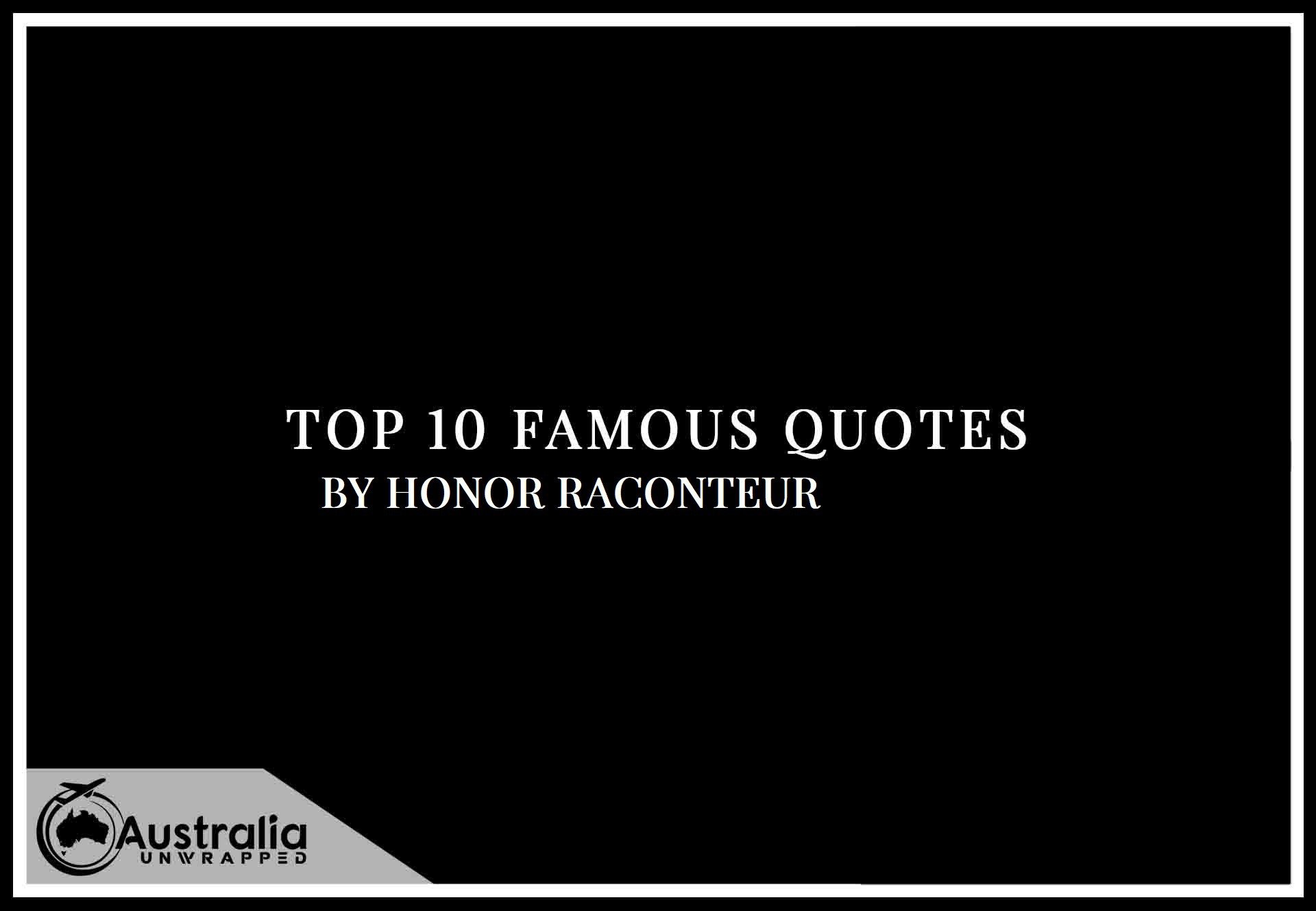 Honor Raconteur, a writer whom I am guessing you love? Here are our 10 best Honor Raconteur quotes for you to enjoy. At Australia Unwrapped we believe every book has at least one quotable line, and our mission is to find them all. Here you will find Honor Raconteur’s top 10 popular and famous quotes. Like every good writer Honor Raconteur made a number of memorable quotes, here are some of our favorites:

Despite having lived all over the United States, Honor Raconteur still doesn’t know where she’s from. She wrote her first book at the age of five and hasn’t looked back since. Her interests range from training service dogs to studying languages to arguing with her characters. On good days, she wins arguments.

Since her debut in September 2011, Honor has released multiple series, mostly fantasy. In her pajamas, while munching on chocolate, she writes from home full-time. Clearly, she has no intention of stopping anytime soon and will probably carry on to the point that something disrupts her routine.

More from the Author: https://amzn.to/3AyFcbD

“as there was a distinct possibility it was me she was angry with, which never led to pleasant things. “Please don’t glare at me so; it wounds me to my very soul. If you wish to beat up the priests until you feel better, then by all means, don’t let me stop you. Stomp on them until your heart is satisfied. I won’t deprive you of the pleasure.”
― Honor Raconteur, Lost Mage

“I’m incredibly straight faced,” I told her mock-seriously. That made her laugh. “Yes, you’re amazingly stoic and reserved,” she griped, giving an overly exaggerated sigh. I thought about that. “I was traumatized by broccoli as a child, that’s what did it.”
― Honor Raconteur, The Human Familiar

“Of course he could laugh. He didn’t have to clean up the army of plastic ducks I’d somehow conjured in my sleep. I mean, really. Five hundred ducks? What on earth had I been dreaming about?!”
― Honor Raconteur, Imagineer

“For two days, Shad had rehearsed what to say to his friend and former captain, the argument that would make Xiaolang help him instead of tie him up and ship him back to Garth.”
― Honor Raconteur, Warlords Ascending

“…I’m sorry,” I croaked out, “what?” I could not have been more astonished if he had announced that the Earth Mage had turned the sun into a pink parasol. With ruffles.”
― Honor Raconteur, Magus

“Miraculously, there were a few that had not a scratch on them. As Trev’nor found them, he realized they were all children, all shielded underneath an adult’s bodies.”
― Honor Raconteur, Warlords Rising

“My father taught me that the tongue should have three gatekeepers: Is it true? Is it kind? Is it necessary? If it’s not one of those three, it’s best not to say it.”
― Honor Raconteur, Deepwoods

“Shad whistled an airless tune. “Remember, if I need to accidentally-on-purpose kill the dastard, you only have to say the word.”
― Honor Raconteur, Warlords Reigning

“It is not what a man is capable of doing, but what he chooses to do that is important.”
― Honor Raconteur, Jaunten

“For a moment, she didn’t know how to answer him. This was why she didn’t like to help people, curse it. Because they looked at her like that, with absolute faith & trust, as if she could somehow solve all the problems in the world when in reality she couldn’t. In reality, it took every ounce of skill, every bit of knowledge she possessed, to keep the ones around her alive without somehow blundering & messing everything up. Prodigy was not synonymous with perfect. Didn’t anyone realize just how fallible she really was?”
― Honor Raconteur, The Child Prince

More from the Author: https://amzn.to/3AyFcbD