Homeopathy | Find Out How It Works and Where It’s Applied 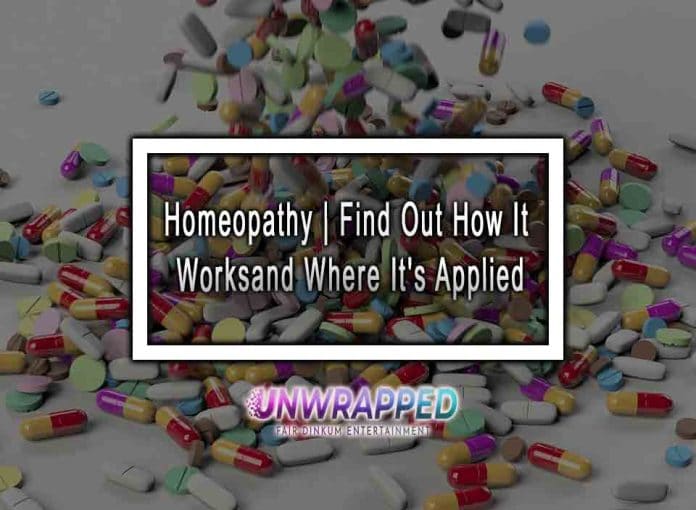 Homeopathy is a branch of alternative medicine that deviates somewhat from conventional medical practice but has shown significant promise for the treatment of certain conditions in certain persons.

Even though a lot of people have a particular bias towards homoeopathy, it is not uncommon for those same individuals to be astonished once they begin using treatments that are similar to what homoeopathy is.

Homeopathic medicine has the potential to reduce the symptoms of any illness, whether it be a chronic condition or one that is now experiencing an acute crisis. In addition to this, the problems that have been plaguing the psychic field may also be effectively remedied.

How Are Homoeopathic Medicines Made?

Natural extracts of a variety of plants are used in the production of homoeopathic medications; these extracts may be diluted in either an alcoholic solution or plain water, depending on the patient’s desire. Homeopathy is a kind of alternative medicine.

It is important to point out that, as homoeopathic medicine developed, synthetic components began to be included into its production. These components were previously absent.

When Can Homoeopathy Be Prescribed?

After receiving a diagnosis for an ailment, one may start homoeopathic therapy at any point in time.

On the other hand, some individuals decide to go with this kind of therapy since conventional medicine did not provide the outcomes they wanted.

A person who suffers from hypertension, for example, may treat their condition with both allopathic drugs (which can be purchased at the pharmacy) and natural medicines. It is essential to point out that homoeopathy may be used in conjunction with conventional medical therapies.

Still referring to the prescription, it is something that can only be done by homoeopathic doctors who have been properly accredited. All one needs to do is go to a consultation, bring any possible tests that verify the patient’s current state of health, and describe the patient’s symptoms in addition to any other pertinent information.

Before prescribing a homoeopathic treatment for a patient, a homoeopathic physician will do a full patient assessment, taking into consideration the individual’s lifestyle, mental state, amount of rest, and any other relevant aspects.

Does Homeopathy Have Any Side Effects?

Unfortunately, chemical substances have a tendency to impact numerous regions of the body at the same time that they are treating the sickness that has been identified. This is one of the primary issues that arises with allopathic treatment.

Because of this, a significant number of patients end up discontinuing their usage of the medication because they feel awful about the adverse effects.

This is not the case with homoeopathy; this kind of treatment does not produce any unwanted side effects, and anybody, even young children, adults, and the elderly, may safely take the medications as long as they are administered by a trained professional and under their supervision.

Homeopathic Medicine is a Resource For The Case of Chronic Diseases

A large percentage of the population suffers from chronic diseases such as those affecting the heart, stomach, respiratory system, skin, and a wide variety of other systems.

In these circumstances, conventional medical treatment may be too forceful, causing the body to sustain a great deal of damage during the course of the treatment.

Homeopathic medication is an excellent choice due to the fact that it is less taxing on the body and can be used for extended periods of time without the risk of the organs being overworked.

How is Homoeopathic Medicine Used?

Some medicines come in the shape of little balls that must be sucked like candy in order to be effective. As the balls disintegrate on the tongue, the body’s organs gradually take in the medicine that they contain.

Also see: How To Calm Down Under Stress and Stop Being Nervous?

Stay Connected
41,936FansLike
5,681FollowersFollow
816FollowersFollow
Previous article
How To Calm Down Under Stress and Stop Being Nervous?
Next article
Discover 5 Facts About This Sense of The Body

Tips For Sleeping Well in Summer