Skip to content
You are here:Home / Hard Brexit is the way to go, insists Theresa May

It’s either the Hard Way or the Roadway, insists Theresa May

Theresa May has confirmed that hard Brexit is what the UK will opt for. Doing so will involve leaving the single market because staying in it will imply “not leaving the EU at all”.

The Prime Minister has promised to advocate for the freest possible trade. She also warned the European Union not to try and punish the UK because such an act would basically be self-harm.

Concerning the negotiated deal, the UK Parliament shall vote on it before signing.

The Labour party has however warned that the PM’s plans have “enormous dangers.”

According to her schedule, she will trigger Article 50 of the Lisbon Treat towards the end of March. This will formally begin the withdrawal process.

Ms May has insisted that she is not after undermining the EU and its single market. She added that if the union reacts punitively to Brexit, there would be “calamitous self-harm for the countries of Europe and it would not be the act of a friend”.

Ever since the Brexit vote and Theresa May’s rise to PM, she has been less explicit on her plans. Her insistence that “Brexit means Brexit” hasn’t helpful in silencing the whispers among some ministers.

Many have suggested the possibility of Brexit not happening but no more of that. Theresa May has laid it bare. Brexit will happen.

The PM did not shy away from advising the EU and how it treats its members. She said it could “hold things together by force, tightening a vice-like grip that ends up crushing into tiny pieces the very things you want to protect” or “respect difference, cherish it even.”

But the part of her speech that many awaited was her post-Brexit trading plans. The UK will leave the single market, she said. Hard Brexit is what the PM has decided to push for.

She has however been clear saying that the deals made with the EU must be the freest available.

She then said that she is not proposing “membership of the single market” because doing so wouldn’t mean Brexit at all.

The single market was among the major sticking issues in the run for Brexit referendum. Being a member of the single market requires one to allow for free movement in the country, something Britons are keen on managing.

Leaders of the EU have warned that if Britain blocks free movement, it will equally be denied access to the single market.

In her speech, May had a say for the UK’s relationship with the customs union. Currently, the EU countries do not tax for goods imported within the union. However, those imported from non-member states are imposed on a tariff. May indicated that may be changed.

She added that she will continue working with the remaining 27 members who are willing.

We will “buy your goods, sell you ours, trade with you as freely as possible,” said the PM.

Also See : Hard Brexit is Better Than Soft Brexit – Britain’s Departure From The European Union Comes In Both Hard and Soft Versions 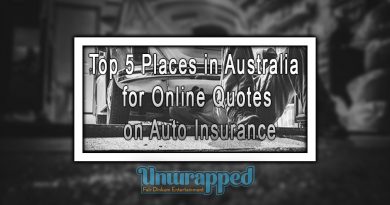 Top 10 Most Affordable Vacations in the US in 2020