Skip to content
You are here:Home / Graham Hancock’s Top 10 Popular and Famous Quotes 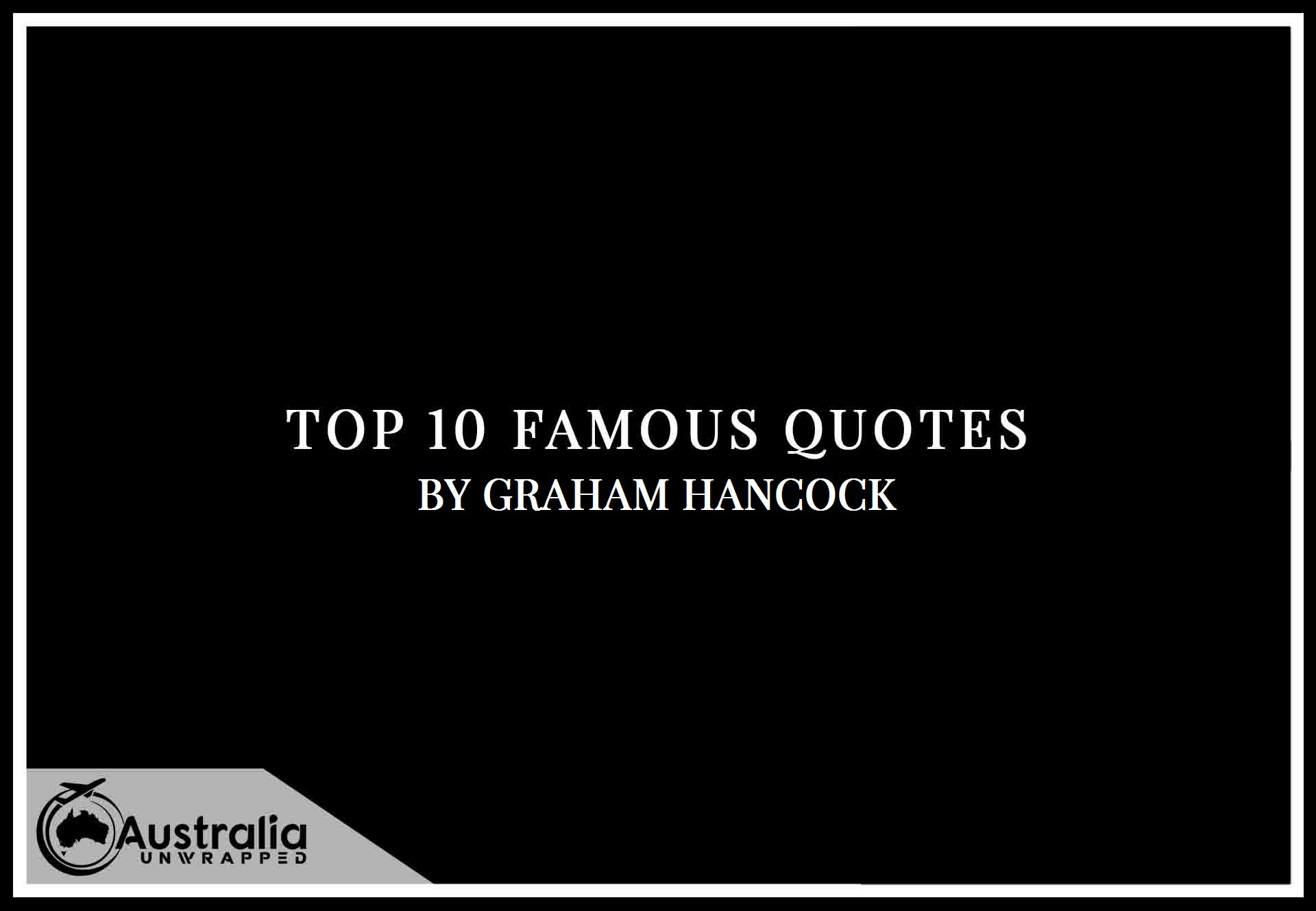 Graham Hancock, a writer whom I am guessing you love? Here are our 10 best Graham Hancock quotes for you to enjoy. At Australia Unwrapped we believe every book has at least one quotable line, and our mission is to find them all. Here you will find Graham Hancock’s top 10 popular and famous quotes. Like every good writer Graham Hancock made a number of memorable quotes, here are some of our favourites:

“We are consciousness incarnated in stardust…”
― Graham Hancock

“Not for the first time I felt myself confronted by the dizzying possibility that an entire episode in the story of mankind might have been forgotten. Indeed it seemed to me then, as I overlooked the mathematical city of the gods from the summit of the Pyramid of the Moon, that our species could have been afflicted with some terrible amnesia and that the dark period so blithely and dismissively referred to as `prehistory’ might turn out to conceal unimagined truths about our own past. What is prehistory, after all, if not a time forgotten–a time for which we have no records? What is prehistory if not an epoch of impenetrable obscurity through which our ancestors passed but about which we have no conscious remembrance? It was out of this epoch of obscurity, configured in mathematical code along astronomical and geodetic lines, that Teotihuacan with all its riddles was sent down to us. And out of that same epoch came the great Olmec sculptures, the inexplicably precise and accurate calendar the Mayans inherited from their predecessors, the inscrutable geoglyphs of Nazca, the mysterious Andean city of Tiahuanaco … and so many other marvels of which we do not know the provenance. It is almost as though we have awakened into the daylight of history from a long and troubled sleep, and yet continue to be disturbed by the faint but haunting echoes of our dreams”
― Graham Hancock, Fingerprints of the Gods: The Evidence of Earth’s Lost Civilization

“What is remarkable is that there are no traces of evolution from simple to sophisticated, and the same is true of mathematics, medicine, astronomy and architecture and of Egypt’s amazingly rich and convoluted religio-mythological system (even the central content of such refined works as the Book of the Dead existed right at the start of the dynastic period). 7 The majority of Egyptologists will not consider the implications of Egypt’s early sophistication. These implications are startling, according to a number of more daring thinkers. John Anthony West, an expert on the early dynastic period, asks: How does a complex civilization spring full-blown into being? Look at a 1905 automobile and compare it to a modern one. There is no mistaking the process of `development’. But in Egypt there are no parallels. Everything is right there at the start. The answer to the mystery is of course obvious but, because it is repellent to the prevailing cast of modern thinking, it is seldom considered. Egyptian civilization was not a `development’, it was a legacy.”
― Graham Hancock, Fingerprints of the Gods: The Evidence of Earth’s Lost Civilization

“Ancient Egypt, like that of the Olmecs (Bolivia), emerged all at once and fully formed. Indeed, the period of transition from primitive to advanced society appears to have been so short that it makes no kind of historical sense. Technological skills that should have taken hundreds or even thousands of years to evolve were brought into use almost overnight– and with no apparent antecedents whatever. For example, remains from the pre-dynastic period around 3500 BC show no trace of writing. Soon after that date, quite suddenly and inexplicably, the hieroglyphs familiar from so many of the ruins of Ancient Egypt begin to appear in a complete and perfect state. Far from being mere pictures of objects or actions, this written language was complex and structured at the outset, with signs that represented sounds only and a detailed system of numerical symbols. Even the very earliest hieroglyphs were stylized and conventionalized; and it is clear that an advanced cursive script was it common usage by the dawn of the First Dynasty.”
― Graham Hancock, Fingerprints of the Gods: The Evidence of Earth’s Lost Civilization

“I am convinced that the way forward for the human race is to recognize and protect the fundamental right of sovereignty over consciousness, to throw off the chains of our divisive religious heritage, to seek out forms of spirituality (or no spirituality at all if we so prefer) that are truly supportive of liberty and tolerance, to help the human spirit to grow rather than to wither, and to nurture our innate capacity for love and mutual respect. The old ways are broken and bankrupt and new ways are struggling to be born. Each one of us with our own talents, and by our own choices, has a part to play in that process.”
― Graham Hancock

“a team of Japanese engineers had recently tried to build a 35-feet-high replica of the Great Pyramid (rather smaller than the original, which was 481 feet 5 inches in height). The team started off by limiting itself strictly to techniques proved by archaeology to have been in use during the Fourth Dynasty. However, construction of the replica under these limitations turned out to be impossible and, in due course, modern earth-moving, quarrying and lifting machines were brought to the site. Still no worthwhile progress was made. Ultimately, with some embarrassment, the project had to be abandoned.175”
― Graham Hancock, The Sign and the Seal: The Quest for the Lost Ark of the Covenant

“Human history has become too much a matter of dogma taught by ‘professionals’ in ivory towers as though it’s all fact. Actually, much of human history is up for grabs. The further back you go, the more that the history that’s taught in the schools and universities begins to look like some kind of faerie story.”
― Graham Hancock

“The possession of such a big brain was no doubt an asset to these ‘intelligent, spiritually sensitive, resourceful creatures’8 and the fossil record suggests that they were the dominant species on the planet from about 100,000 years ago until 40,000 years ago.”
― Graham Hancock, Fingerprints of the Gods: The Quest Continues

“It may be that DMT makes us able to perceive what the physicist call “dark matter” – the 95 per cent of the universe’s mass that is known to exist but that at present remains invisible to our senses and instruments.”
― Graham Hancock

Quotes for all, here you found our selection of 10 Graham Hancock quotes. Make sure you help by commenting your best Graham Hancock quote below and sharing our favourite authors so we can look them up, read some of their works and give you the best quotes we can find. We hope you enjoyed our top 10 quotes by Graham Hancock. However, feel free to comment below if you disagree or would like to include some other great and memorable Graham Hancock quotes in our list.

“The essence of this knowledge was the ability to `see all’ and to `know all’. Was this not precisely the ability Adam and Eve acquired after eating the forbidden fruit, which grew on the branches of the tree of the knowledge of good and evil’? · Finally, just as Adam and Eve were driven out of the Garden, so were the four First Men of the Popol Vuh deprived of their ability to `see far’. Thereafter `their eyes were covered and they could only see what was close …’ Both the Popol Vuh and Genesis therefore tell the story of mankind’s fall from grace. In both cases, this state of grace was closely associated with knowledge, and the reader is left in no doubt that the knowledge in question was so remarkable that it conferred godlike powers on those who possessed it. The Bible, adopting a dark and muttering tone of voice, calls it `the knowledge of good and evil’ and has nothing further to add. The Popol Vuh is much more informative. It tells us that the knowledge of the First Men consisted of the ability to see `things hidden in the distance’, that they were astronomers who `examined the four corners, the four points of the arch of the sky’, and that they were geographers who succeeded in measuring `the round face of the earth’. 7 Geography is about maps. In Part I we saw evidence suggesting that the cartographers of an as yet unidentified civilization might have mapped the planet with great thoroughness at an early date. Could the Popol Vuh be transmitting some garbled memory of that same civilization when it speaks nostalgically of the First Men and of the miraculous geographical knowledge they possessed? Geography is about maps, and astronomy is about stars. Very often the two disciplines go hand in hand because stars are essential for navigation on long sea-going voyages of discovery (and long sea-going voyages of discovery are essential for the production of accurate maps). Is it accidental that the First Men of the Popol Vuh were remembered not only for studying `the round face of the earth’ but for their contemplation of `the arch of heaven’?”
― Graham Hancock, Fingerprints of the Gods: The Evidence of Earth’s Lost Civilization 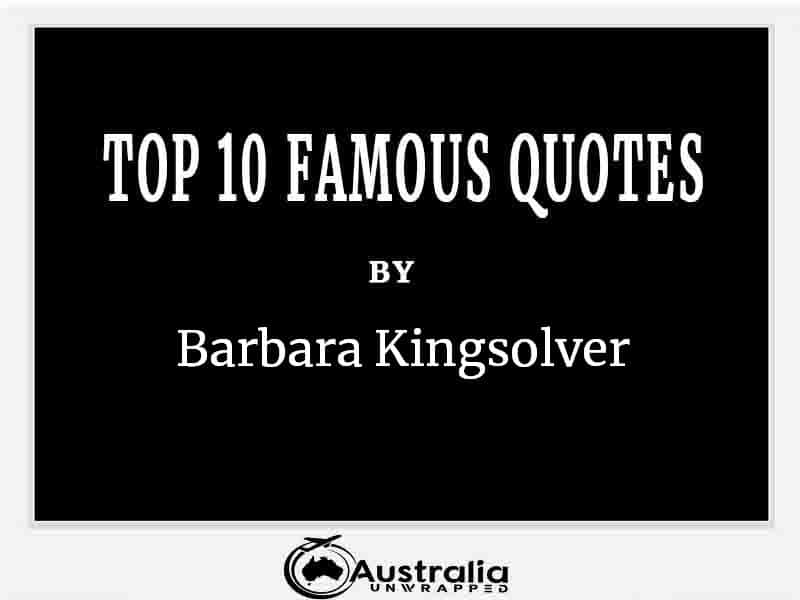 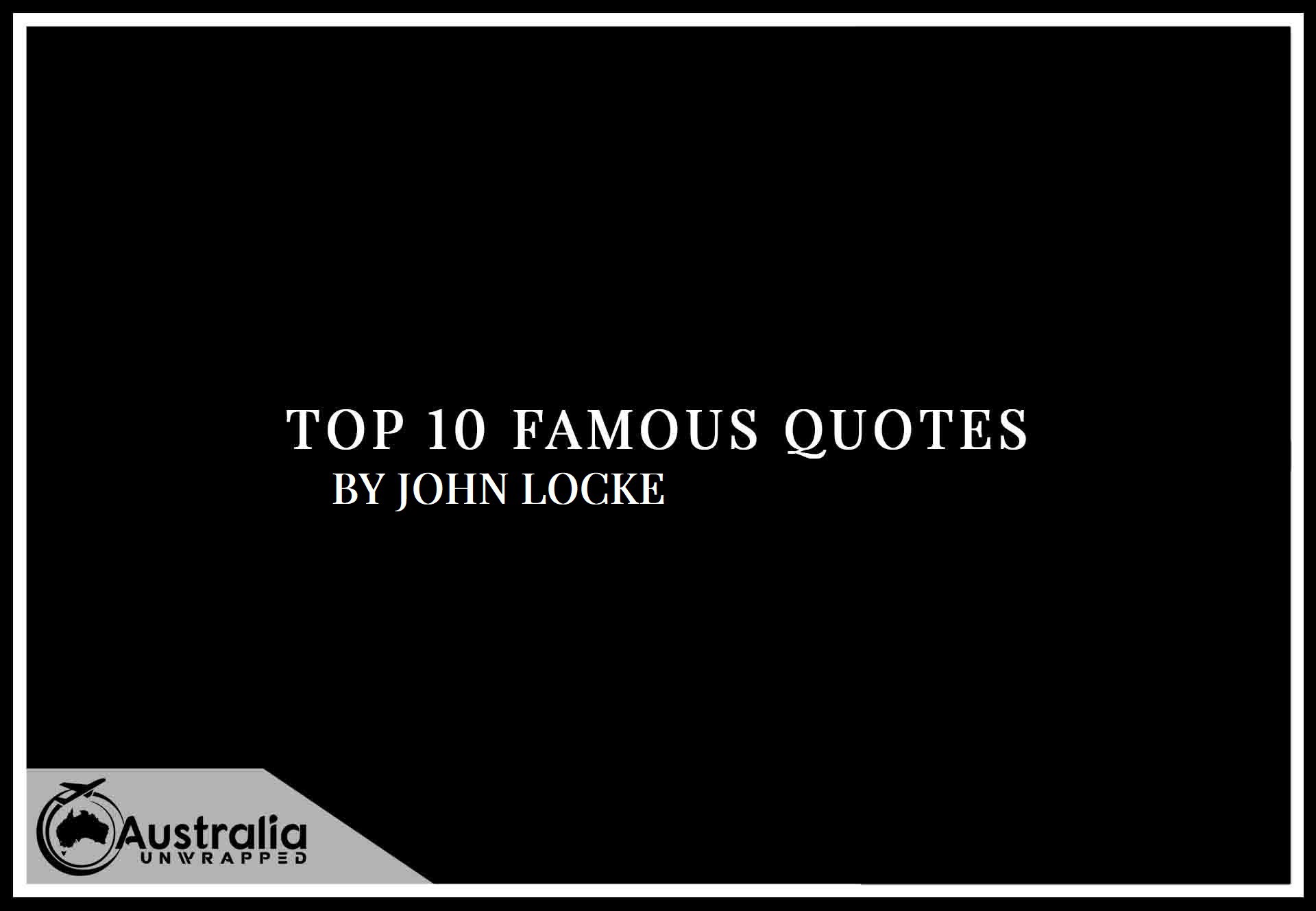 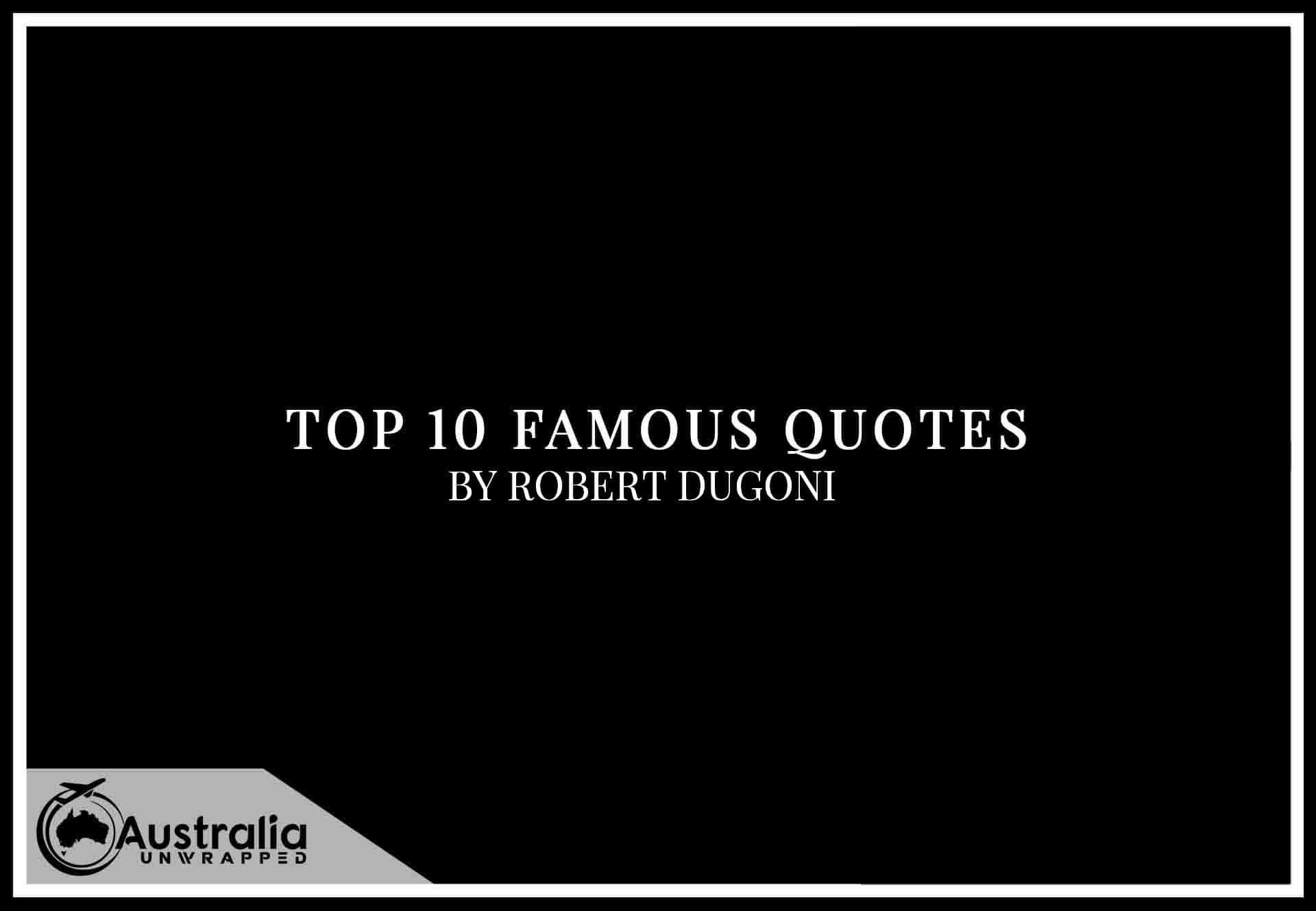