Global News Summary – 26/01/2017 – Update – Many conservative MPs have united with labor in demanding an official Brexit plan from Prime Minister Theresa May. The document is expected to state government’s objectives based on its negotiations that will enable a better open deliberation on Brexit.

The call comes after Britain’s Supreme Court reached a verdict with eight judges backing the decision to three, that the MPs must give their support to a decision important as leaving the European Union. This has prompted David Davis Brexit’s secretary to state that drafted legislation would be presented within days.

Downstreet has emphasized that Prime Minister Theresa May has effectively set out her arrangements for Brexit. It is expected that a Bill on Brexit will be presented on Thursday.

The Us Presidency is set to make an announcement this week, confirming Donald Trump’s plan to construct a wall at the US- Mexico border. This will be followed by other series of very tight immigration policies.

The move comes in fulfilment of immigration campaign promises made by Donald Trump. During the campaign, Trump pledged to build a wall at the US- Mexico border and ban Muslims from entering the US. He gave a hint at the move on his twitter handle where he stated the wall must be built. The executive order will also ensure restriction of individuals from Islamic nations from entering the US even if they have a visa.

Islamic campaign groups have said they are waiting to for details of the order which may mean a potential legal battle against the Trump Administration. The US Homeland Security Department will be the venue of the announcement.

President Donald Trump on Monday withdrew US participation from the TPP deal which he described as unfavourable to the American workers and production. The twelve nations expected to participate in the trade deal account for 40 per cent of the world’s economy which excludes China. The US was expected to be the main pillar of the trade agreement, which was a move to expand the influence of the United States in Asia.

Australian Prime Minister is making moves to salvage TPP without the US. This may see China take over the US position if the TPP project continues. Japan has the third largest economy in the world, but they have no interest in TPP without the US.

Democratic senator Bernie Sanders has supported the move as long as it favors American workers. President Trump has always stated free trade agreements have a negative effect on US production which in turn affects American jobs.

China has revealed intentions to have a meeting with the current ruling administration of the United States to manage disputes between both countries. The meeting is expected to also promote bilateral relations only if core interests are respected such as “one China.” Chinese foreign minister Wangi Yi made the statement when speaking on the future direction of China-Us ties.

President Donald Trump seemed to have offended China by making statements considered unfavourable to the One China project before he was sworn in as president on Friday. China considers Taiwan a province that must be forced under control if necessary but Taiwan has no interest in being ruled by China.

The Chinese ambassador to Washington has said China- US cooperation is the best possible choice for both countries as the reversal is impossible. China has no intention of taking over the US role in TPP.

The US president Donald trump has begun discussions regarding his promise to cut down taxes for the American worker and American businesses. His statement was made in the Roosevelt Room at the White House.

The American business will have their tax cut down from 35% per cent to between 15- 20%. President trump and the US legislative house have been working well together on tax reforms. Such development will see a quick approval of the legislation.

Take time to read about Global Inequality get informed. 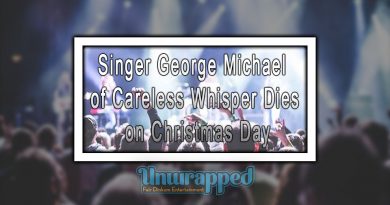