‘Putin’s not on our team’: Obama urges Trump to trust US intelligence community

US outgoing President Barack Obama has warned his successor Donald Trump not to trust Russia’s leader Putin over the country’s own intelligence agencies. He said that he believes the US intelligence report which says that Russia has somehow meddled with the US presidential elections leading Trump to victory. He went on to warn Germany and France who have the upcoming elections later this year to be wary of Russia. He urged his countrymen and the President-elect to not to lose faith in the US intelligence agencies, failing which the US is going to have a bigger problem to solve than just cyber hacking.

The UK taxpayers might be forced to pay a £24 billion towards the decommissioning of the oil and gas fields in the North Sea. Since extraction began in 1967, this industry which now threatens to deplete the last dregs of the tax revenue, had been a good source of revenue for the government. The cost involved in dismantling pipelines and platforms is now estimated to surpass the treasury’s estimate of £16 billion by over 50%.

Theresa May, who is soon to give her Brexit vision speech later this month, has promised to revoke Article 50 by the end of March. She has also sought a better replacement for Sir Ivan Rogers, who recently resigned from the post of the UK’s ambassador to the European Union. He will be succeeded by Sir Tim Barrow, who is known to be a tough and a seasoned negotiator. This shows that despite the criticism over lack of a Brexit vision, May is all set for strict negotiations with the European Union.

Senior MP’s have requested a probe into the statements made by Israel’s diplomat Shai Masot over the plans to take down UK’s deputy foreign secretary over his criticism of the Israel settlement policy. In an undercover operation, the plots of Masot and a British civil servant were recorded, where they plan to destroy the careers of the top UK politicians. Emily Thornberry, the UK’s labour party’s shadow foreign secretary has called it a national security issue. The recorded conversation shows Maria Strizzolo, who was then the chief of staff to MP Robert Halfon, in a dinner table conversation with Masot. She hints at a little scandal that could take down Sir Duncan. Israel has apologized to the UK saying that Masot is soon going to end term and replaced by the new Israel’s ambassador to the UK.

The automobile company Fiat Chrysler has plans to set up a manufacturing unit in the U.S and also modernize the existing plants in Michigan and Ohio. This is expected to set up about 2000 new jobs in the country. This announcement has come after its competitor, Ford announced to cancel its $1.6 billion plants in Mexico and set up a Michigan assembly plant instead. While the CEO Mark Fields said that it has got nothing to do with the election of the new President but he said that Trump’s pro-growth agenda gave the company a lot of confidence. 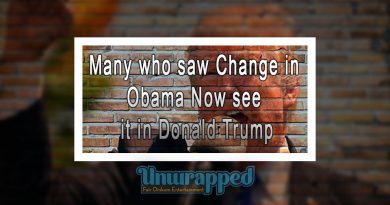