The Turkish authorities say that the attack on the Reina nightclub in Istanbul might be linked to external intelligence services. This statement comes after their claim to have established the identity of the ISIS militant believed to have carried out the attack. Deputy Prime Minister Numan Kurtulmus says that the attack was carried out in such a professional manner that it is impossible to be done without any external support. He expressed concern that this way anyone can conduct terror attacks by evading the country’s security radars.

Earlier, the Turkish foreign minister without revealing the identity of the attacker has said that he has been identified and search is going on to arrest him.

Britain Prime Minister Theresa May, who is supposed to give her Brexit vision speech later this month, will ask Belgium to give them the full control of the borders. Failing which Britain will not hesitate to quit the UK’s European Economic Area membership. After the recent criticism over the absence of concrete Brexit plans, she is ready to outline her ‘vision for Britain outside of EU’ in a landmark speech later this month. She has been backed by the country’s ministers saying that Britain needs to send out a strong message without which the European Union might try to screw them.

Mr.Trump, in his tweet, has backed the Wikileaks founder over his claim that Russia had no hand in meddling in the US presidential elections. The President-elect has already said that he doesn’t accept the intelligence’s conclusion of Russia being behind it. Furthermore, he also tweeted that he was to receive an intelligence briefing which has been strangely delayed. Earlier, Mr.Assange said in an interview on Fox News that Wikileaks didn’t get any information from Russia on this.

The Israeli Prime minister Benjamin Netanyahu has urged clemency for the country’s soldier Elor Azaria who had been found guilty for killing a wounded Palestinian last year. The Palestinian president Reuven Rivlin, who has the required authority, has said that he will consider this matter once the legal process is completed. These remarks have come after the soldier was convicted on Wednesday. The soldier, aged 20 years, is expected to be sentenced to prison for at least twenty years. Last year, he had been accused of shooting at one of the Palestinian terrorists as he lay wounded on the ground.

Republican leaders are all set to repeal the two environmental regulations that they consider are killing jobs in the United States. The house majority leader Kevin McCarthy informed that the Republic party plans to invalidate the regulation that limits the methane emissions and the other one meant to reduce the effect of coal mining on streams. He argued that because of these, the country’s energy production is limited which in turn deters the industrialists to open plants in the country.

Check-in Daily 22:00 for your summary of Global News and Events. Australia Unwrapped.

Also See : Global News Stories – Latest from around the Globe

YuuGive – You Shop, We Give supporting charity while shopping 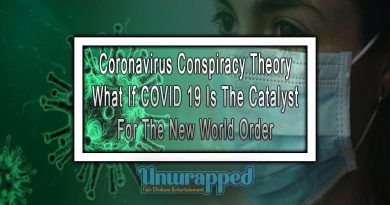