Get an Overview of Bitcoin and Ethereum Right Here 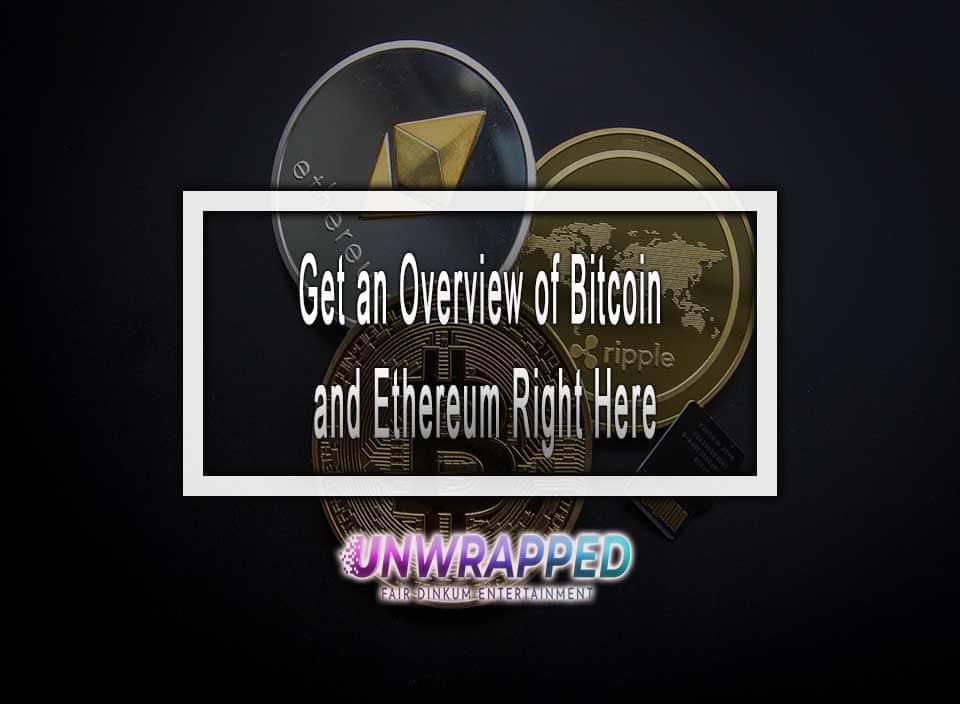 As of today, there are around 10,000 cryptocurrencies available. But when it comes to the most prominent names in the market, then Bitcoin and Ethereum takes the lead. sometimes, people are mostly confused and consider Bitcoin and Cryptocurrency the same. But in reality, they are different. However, as per the reports by Yahoo Finance, in the coming future, Ethereum will surpass the growth of Bitcoin. So, are you looking to invest in any of these? Do you want to know which Cryptocurrency is better? Then, this article will help you out with that. Therefore, read below to understand it properly.

What Do You Know About Cryptocurrency?

Before proceeding towards Ethereum and Bitcoin, you must understand cryptocurrency. To explain it simply, cryptocurrency works just like normal currencies across the world. However, the main factor that makes it one of a kind is that it doesn’t have any decentralized system. It means there is no governing body that regulates Cryptocurrency.

Cryptocurrencies is powered by blockchain technology. This technology is a significant record kept on a container called a block. Along with that, the transactions remain public in chronological order. It is a great way to do anonymous and secure transactions within a few minutes. Therefore, you can transfer Cryptocurrency like Ethereum and Blockchain to any place.

Bitcoin is the first cryptocurrency or digital currency in the world. The payments you make through Bitcoin remain secured through cryptography. It helps in keeping the identity of people secure and anonymous.

Apart from that, just like you make any transaction through any bank, it adds up with the service charge. But, the charge for Bitcoin transactions is low. Gradually, throughout the years, the concept of digital currency gained immense popularity. But, it is still unknown to several populations and growing rapidly.

Furthermore, Ethereum, which is also a Cryptocurrency, was developed by Vitalik Buterin. For this, you get ether tokens which are similar to bitcoins. Ethereum is used for deploying decentralized applications. Its back-end coding is kept on a “Peer-to-peer” network. You can use Ether to pay for services such as computational power.

Therefore, Ethereum works just like Bitcoin for “peer-to-peer payments.” Along with that, it is used for developing smart contracts. It also has a separate programming language that also runs on blockchain. Also, Ethereum received a massive positive response for the presale of ether.

What is the Difference?

The network of Ethereum and Bitcoin is powered through one basic thing, i.e. cryptography and distributed ledgers. These two have several major differences. The Transaction in the Bitcoin network is used for keeping notes. But, Ethereum mainly consists of executable codes. Along with that, Ethereum and Bitcoin use a protocol known as Proof of Work.

As per the report, Ethereum will change its system to Proof of Stake. This new system will power Ethereum and make it sustainable, scalable, and secure. However, the networks of both of these cryptocurrencies are different. The main purpose of Ethereum is to provide a platform to monetize the different operations of the dApp platform and smart contract. The concept of Bitcoin was introduced as an alternative to the conventional monetary exchange method.

One of the key reasons that decentralized exchanges are gaining popularity is because of the lower transaction fees. However, you can pay extra money to the miner to give extra attention to your transaction. But, with Ethereum, you have to give ether in a substantial amount for a successful transaction. After that, the ether that you provide will get converted as a unit. This unit is known as gas.

In conclusion, both these cryptocurrencies have almost similar risks when it comes to risks. Along with that, their growth of them is also speculative. According to experts, if you are new, you can try your hands with these two cryptocurrencies for the initial stage.

In conclusion, now you know the significant differences between Ethereum and Bitcoin. So, download the bitcoin revolution and start investing.

Stay Connected
52,681FansLike
5,667FollowersFollow
829FollowersFollow
Previous articleWant to Be a Wise Crypto Trader? Then Follow These Steps
Next articleBitcoin Education for a Newbie