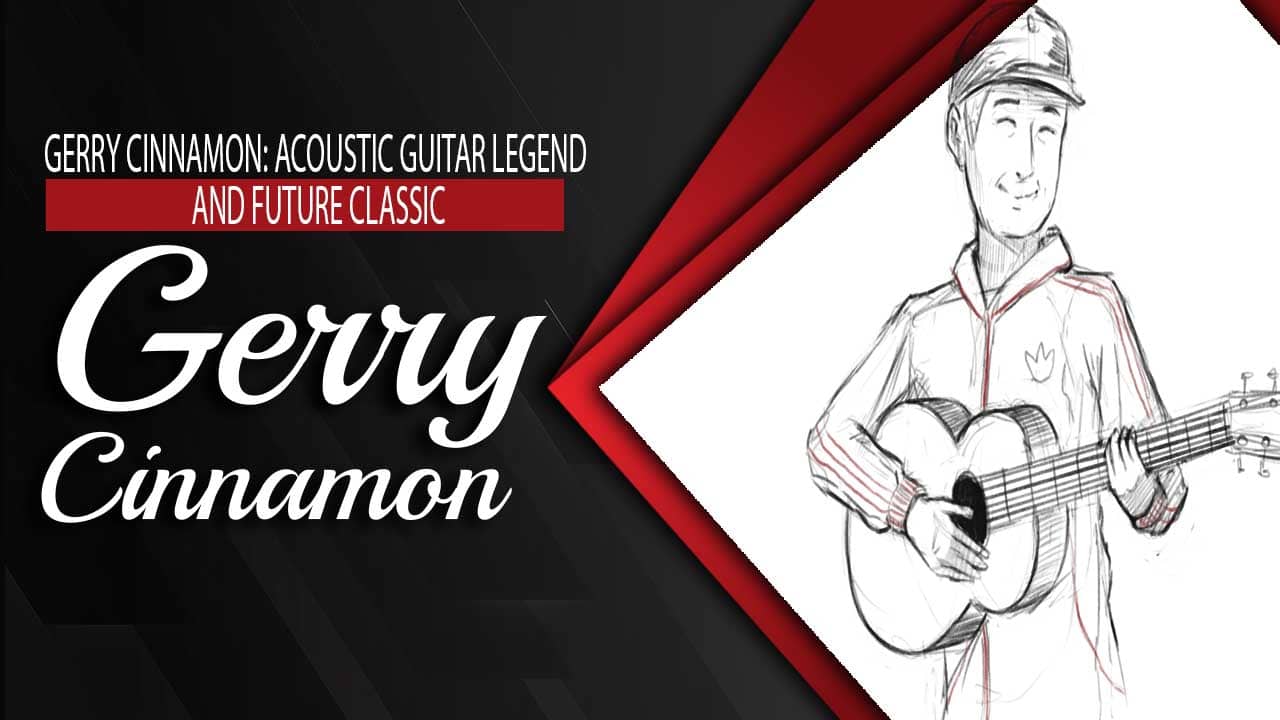 Gerry is everything from a reluctant interviewee, with lots of laughing, self-deprecating asides, and megawatt smiles anytime you mention anything he likes, which is generally a song or an artist. When I tell him about a crazy night I spent in Glasgow with Primal Scream and Alabama 3, he becomes really enthusiastic. He giddily recalls, “The wildest gig of my entire existence was Primal Scream at T In The Park.” “I crowd surfed from the rear all the way up to the front, where there was a television.” The tent was about to burst, so we had to break in first. A handful of us sprang across and yanked a peg the size of a brush handle from the wall. We yanked the tent side open, and everyone surged through security to get in. “Man, that’s still with me.”

Recently, Gerry was devastated to learn that another of his songwriting heroes, John Prine, had died of Covid-19. “I thought I’d be sad today listening to John Prine songs,” he thinks, “but it makes you pleased that the guy just lived.” That speaks much about his abilities. ‘At Spite Of Ourselves’ is a song of his that is played a lot in this home. Another fantastic song is ‘Illegal Smile.’ His songwriting has a cheekiness to it. He’s also quite modest. That appeals to me.”

Gerry Cinnamon’s followers adore him, and their worries that The Bonny might be delayed were allayed when he declared in early March, “It’s definitely not wise to release during a lockdown when the stores are closed and everyone is isolating but no chance I’m letting anybody down.” In any case, I’ve never been interested in numbers. “I’m not going to.”

“We had a ghetto blaster next to the bath, which was pretty hazardous,” Gerry says of his early record listening habits. There was no such thing as health and safety at the time. Listening to Simon & Garfunkel and The Beatles on repeat was one of my first musical recollections (my mother owned all the records). When I was little, I was a huge fan of John Lennon. More than his politics, his psychedelic side aroused my curiosity. I’ve never been concerned about what other people think.”