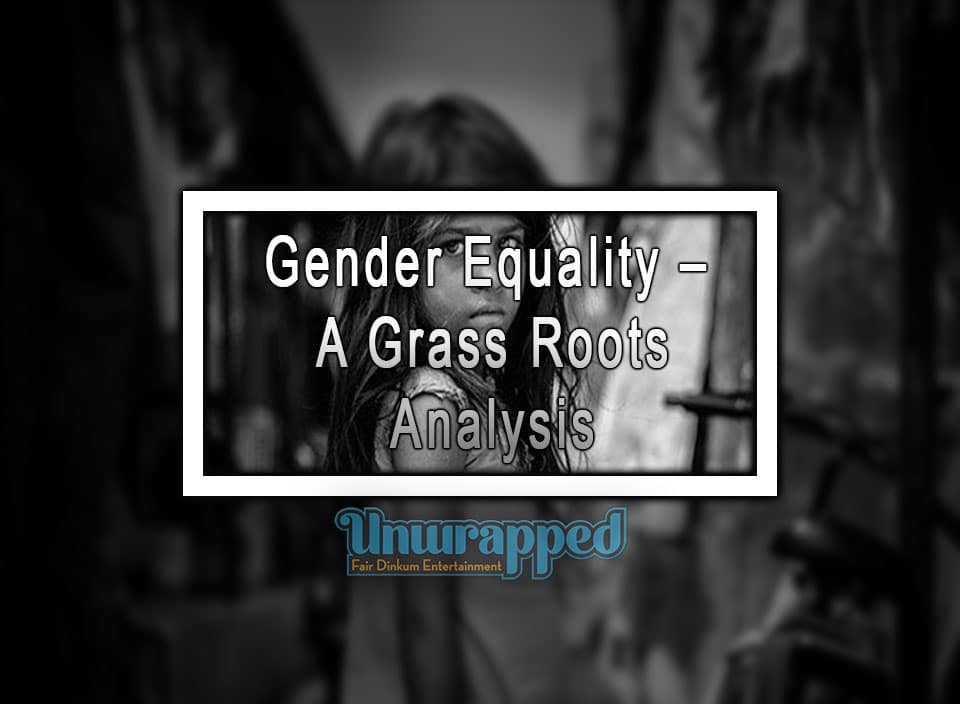 Gender Equality – When you are a woman working in an office with men who were brought up to think they are more superior just because they were born males, you will always have a problem. When you live in a world were boys were brought up to think they are more superior to the girls, then you even have a bigger problem. This is because to change this kind of world, you may need to sweep out all the men who are now grown and only be left with the newborns that you can easily influence. However, we all know this is impossibility but we still need a world where a woman or man being different is not a sign of inferiority or superiority. So what can be done?

The problem with government is that they do a lot of talking and very little action. Most political parties before they come into office, will claim how they are going to handle issues with gender equality with very elaborate polices and plans. They do all they can to get the votes from the women but once they are in, they start pacify the women by creating laws that have no standards for instituting them. The time is now right for governments to pass policies equality and define ways in which defaulters will be punished. Such punishment should be severe as to deter people or organizations from encouraging inequality.

Just like the government, organizations are also lukewarm when it comes to the issue of gender equality. They may have policies, but most of these do not directly target solving problems with inequality at the workplace. The lack of government commitment is directly reflected on the organization, as most management do not give weight to gender issues. Of course you wouldn’t expect them to when most boards are made of men. If organizations can create policies aimed at bridging the gender gap and take measures on ensuring that these measures are implemented, we will be one step forward towards a world where men and women are treated equally.

Gender Equality  – Get The Men Involved At A Young Age

The problem we have today is that most of those who are leaders and managing the affairs of the world grew up at a time when it was considered normal for men to laud it over girls. Most of them have their brains wired in a fixed position and their view on women and the issues they faced are fixed and hard to change. If some of them are changing now, it is because they are facing pressure from activists. If by some chance the young men could be made to see and believe in the need for gender equality, it would be easier to get real change.

It may be denied by many but achieving equality for women is something that seems so far fetched from where we are today. As long as women employees are treated as second class employees, as long as women are paid less for doing the same jobs as men, as long as having a baby and taking time off work remains a big crime, the talk on gender equality will never end, but we must collectively work towards a solution.

Simple ways you can care for the seniors in your community

Stay Connected
41,936FansLike
5,685FollowersFollow
820FollowersFollow
Previous article
Cute Puppy Learned How To Get All The Treats After A Shot
Next article
VIEWS Amazing New Album – Drake

Dogs and Guests at Home: How to Make Things Go Well

Self Driving Vehicles Are a Thing of Today: What Happens After...

7 Things You Should Know Before Buying a Whole House Water...