Gastric Balloon: How It Works, Benefits And Dangers Of This Device 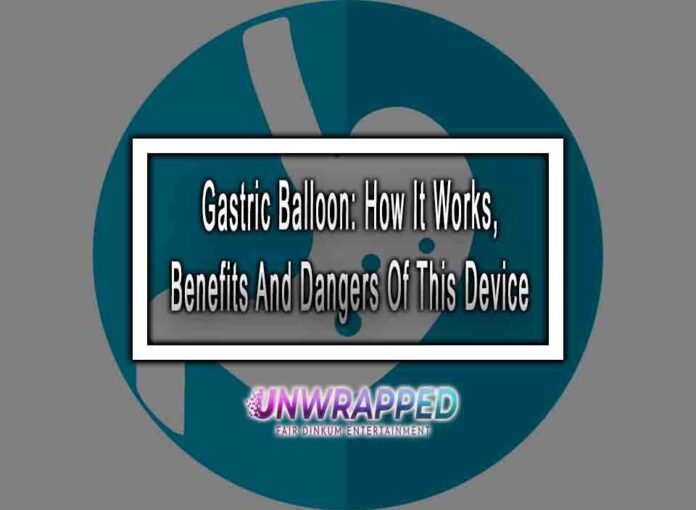 Many individuals who suffer from obesity may benefit from the use of a gastric balloon, but you must put yourself in the hands of specialists to carry out such an operation, since it has certain dangers. Obesity and overweight are chronic and progressive illnesses that are becoming a growing health concern that is affecting the health of more individuals throughout the globe.

The gastric balloon is one therapeutic instrument that allows it to stop. It is, without question, the most extensively used and successful approach in the world today.

Obesity, according to the World Health Organization, is a multifactorial condition that may lead to heart disease, diabetes, hypothyroidism, digestive issues, menstruation or gynaecological issues, increased insulin resistance, and high blood pressure, among other major complications.

The body mass index is a metric used to determine whether a person is overweight or obese (BMI). This figure is arrived at by multiplying the weight by the square of the height. According to this, if a person’s BMI is more than 25, they are overweight, and if it is larger than 30, they are obese.

What Is The Gastric Balloon

It’s a weight-loss treatment for overweight or obese people who already have health issues as a result of their condition and have tried and failed to reduce weight with conventional approaches. The gastric balloon is a spherical silicone device that is filled with physiological serum (500-700 ml, depending on the size of the stomach) and stained with a dye (methylene blue) to identify any probable premature way problems.

It is implanted straightforwardly using an endoscope entered via the mouth, and the process takes around 15-20 minutes. The patient may go home the same day after the procedure. Because it is a minimally invasive process that does not involve skin incisions and is not a surgical intervention, it is a safe and effective weight reduction alternative. It does not need any recuperation time, sick leave, or special diets.

The gastric balloon will stay in the stomach for six months to a year, with periodic evaluations conducted by the medical team and thanks to a customized program for each patient.

That’s How It Works

It is founded on the idea of occupying a portion of the gastrointestinal cavity, around 40% of it. This promotes weight loss by causing early stomach fullness and, as a result, a decrease in appetite, resulting in less food being ingested at each meal. The gastric balloon also aids in the emptying of the stomach, which helps to keep hunger at bay.

The stomach will recognize the gastric balloon as a foreign entity and attempt to expel it when it is implanted. Abdominal discomfort, nausea, and sometimes vomiting may emerge in the first few days. In most cases, they are remitted within the first two or three days. The approach includes advice and medicine to help you prevent or alleviate these symptoms and make the first few days easier to tolerate.

Stay Connected
52,640FansLike
5,673FollowersFollow
828FollowersFollow
Previous articleIntermittent Fasting, Is It Really Recommended?
Next articleLack Of Time Is Not An Excuse To Train: You Only Need 20 Minutes!