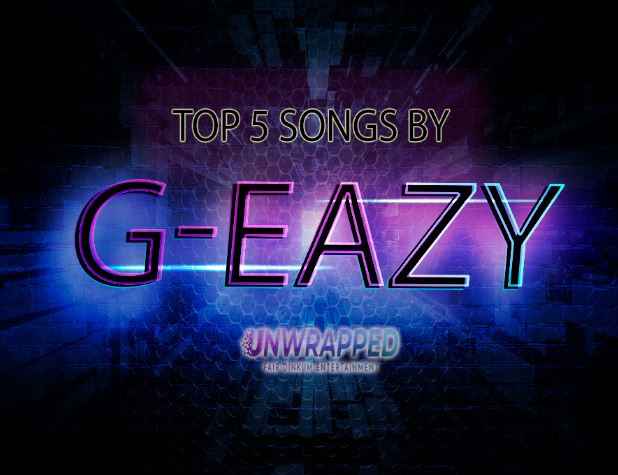 We know how excited you are to be swept away by music through G-Eazy‘s Top 5 Tracks. Australian Unwrapped would like to give you first a glimpse of the life of the artist. Enjoy reading and listening!

G-Eazy had to go back home to attend a class when he was having a tour with Drake.
His fashion style is heavily influenced by Johnny Cash because he grew up with it as his mom and grandpa were big fans.
He loves having his mom on his tours.

We freaking love music here at Unwrapped, and we adore G-Eazy. In our humble opinion, here are the BEST FIVE SONGS by the legendary G-Eazy (most liked, listened and downloaded songs) across the web!!!

Oh, it’s just me, myself and I
Solo ride until I die
‘Cause I got me for life
Oh I don’t need a hand to hold
Even when the night is cold
I got that fire in my soul
And as far as I can see I just need privacy
Plus a whole lot of tree, fuck all this modesty
I just need space to do me get a world that they’re tryna see
A Stella Maxwell right beside of me
A Ferrari I’m buyin’ three
A closet of Saint Laurent, get what I want when I want
‘Cause this hunger is driving me, yeah
I just need to be alone, I just need to be at home
Understand what I’m speaking on if time is money I need a loan
But regardless I’ll always keep keepin’ on
Fuck fake friends, we don’t take L’s we just make M’s
While y’all follow, we just make trends
I’m right back to work when that break ends

Cross my heart, hope to die
To my lover, I’d never lie
He said “be true, ” I swear I’ll try
In the end, it’s him and I
He’s out his head, I’m out my mind
We got that love, the crazy kind
I am his, and he is mine
In the end, it’s him and I, him and I
My ’65 speeding up the PCH, a hell of a ride
They don’t wanna see us make it, they just wanna divide
2017 Bonnie and Clyde
Wouldn’t see the point of living on if one of us died, yeah
Got that kind of style everybody try to rip off

I hope you enjoyed listening to G-Eazy !