Skip to content
You are here:Home / Fiona McIntosh’s Top 10 Popular and Famous Quotes 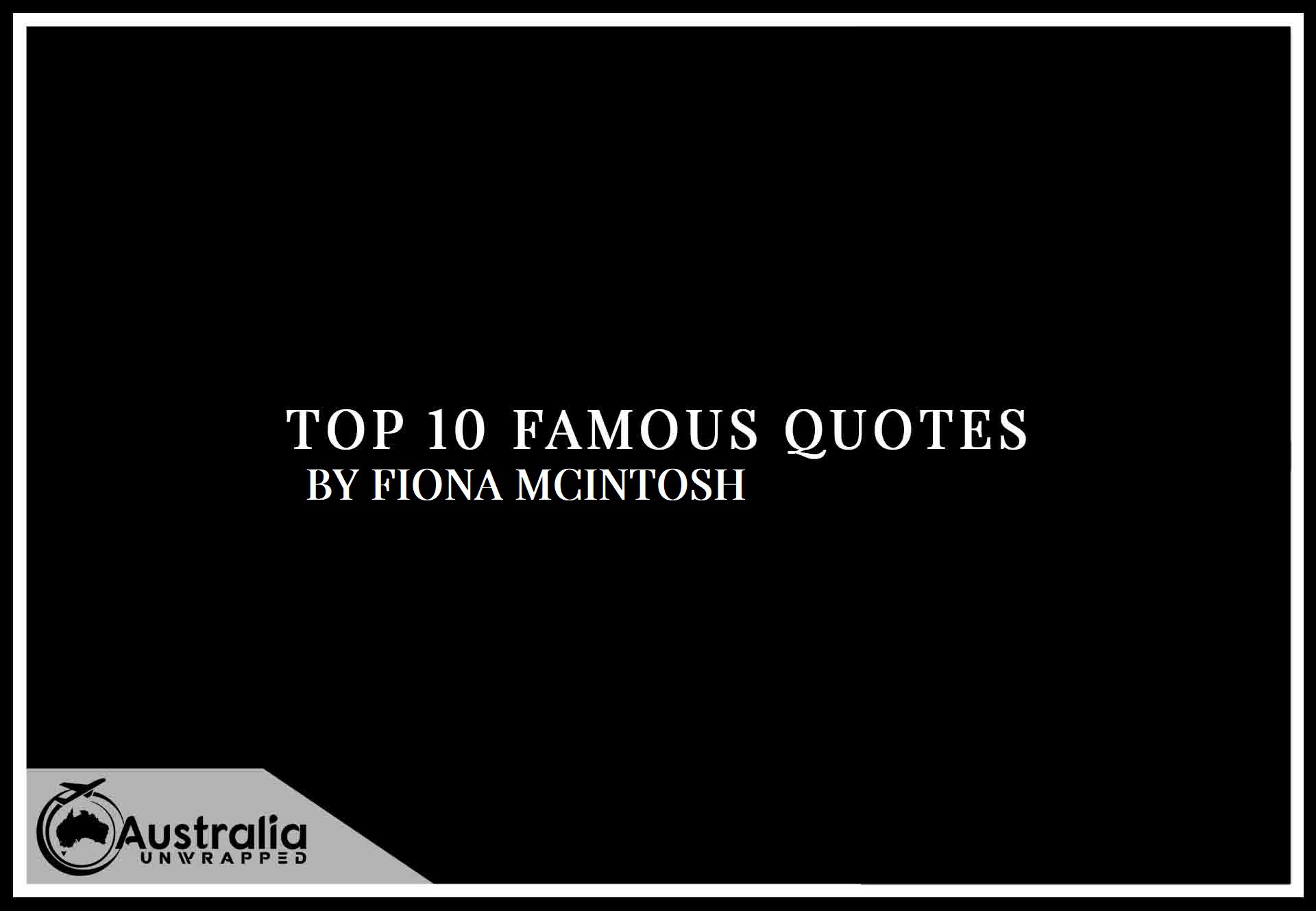 Fiona McIntosh, a writer whom I am guessing you love? Here are our 10 best Fiona McIntosh quotes for you to enjoy. At Australia Unwrapped we believe every book has at least one quotable line, and our mission is to find them all. Here you will find Fiona McIntosh’s top 10 popular and famous quotes. Like every good writer Fiona McIntosh made a number of memorable quotes, here are some of our favourites:

“Then they had a day together in Melbourne and Jenny stayed in her first hotel, with Luc sparing no expense and treating her to the Windsor for the night. Here, Jenny experienced a luxury that had her wide-eyed, where men in their fine uniform of burgundy jackets, trimmed with gold, fussed around them and suggested an afternoon tea like never before. Luc couldn’t help but grin to see his daughter engulfed in a leather chair, near the huge arched picture windows that fronted Spring Street, choosing cucumber sandwiches and beautiful little cakes and pastries from a silver tiered cake stand.”
― Fiona McIntosh, The French Promise

“The waltz was the only way a young couple could touch one another, and even through gloves I could feel the heat of your grandfather’s touch,’she’d tell Luc, with a wicked glimmer in her eye.”
― Fiona McIntosh, The Lavender Keeper

“I loved them too and while you might lay a greater claim to them, I defy you to miss your wife any more than I’ll miss my best friend or your child, who was every inch a son to me.”
― Fiona McIntosh, The French Promise

“There’s a very positive response from the body and the mind, and a change in a person’s whole attitude, when they refuse to be a victim and start taking action.”
― Fiona McIntosh, Tapestry

“I am all for people taking action, taking responsibility for their emotions — staring at the beast in front of them and roaring loudly straight back”
― Fiona McIntosh, Tapestry

“I’ve told you before, Salmeo, you may be more woman than man but you cannot think like one of us.”
― Fiona McIntosh, Emissary

“God cannot be everywhere at once. That is why He created mothers,”
― Fiona McIntosh, The Pearl Thief

Quotes for all, here you found our selection of 10 Fiona McIntosh quotes. Make sure you help by commenting your best Fiona McIntosh quote below and sharing our favourite authors so we can look them up, read some of their works and give you the best quotes we can find. We hope you enjoyed our top 10 quotes by Fiona McIntosh. However, feel free to comment below if you disagree or would like to include some other great and memorable Fiona McIntosh quotes in our list.

“may surprise you,’ he urged. Lily’s eyes no longer smiled. Now their licorice darkness reflected only bitterness. ‘It’s not a matter of me finding the courage, Jack. I know my parents. They won’t surprise me. They’re very predictable. They’re also traditional and as far as they’re concerned, I’m as good as engaged … no, married! And they approve of Jimmy.’ Her expression turned glum. ‘All that’s missing are the rings and the party.’ ‘Lily, risk their anger or whatever it is you’re not prepared to provoke but don’t do this.’ He stroked her cheek. ‘Forget me. I’m not important. I’m talking about the rest of your life, here. From what I can see of my friends and colleagues, marriage is hard enough without the kiss of death of not loving your partner.’ ‘It’s not his fault, Jack. You don’t understand. It’s complicated. And in his way, Jimmy is very charismatic.’ Jack didn’t know Professor James Chan, eminent physician and cranio-facial surgeon based at Whitechapel’s Royal London Hospital, but he already knew he didn’t much like him. Jack might be sleeping with Lily and loving every moment he could share with her, but James Chan had a claim on her and that pissed Jack off. Privately, he wanted to confront the doctor. Instead, he propped himself on one elbow and tried once more to reason with Lily. ‘It’s not complicated, actually. This isn’t medieval China or even medieval Britain. This is London 2005. And the fact is you’re happily seeing me … and you’re nearly thirty, Lily.’ He kept his voice light even though he felt like shaking her and cursing. ‘Are you asking me to make a choice?’ He shook his head. ‘No. I’m far more subtle. I’ve had my guys rig up a camera here. I think I should show your parents exactly what you’re doing when they think you’re comforting poor Sally. I’m particularly interested in hearing their thoughts on that rather curious thing you did to me on Tuesday.’ She gave a squeal and punched him, looking up to the ceiling, suddenly unsure. Jack laughed but grew serious again almost immediately. ‘Would it help if I —?’ Lily placed her fingertips on his mouth to hush him. She kissed him long and passionately before replying. ‘I know I shouldn’t be so answerable at my age but Mum and Dad are so traditional. I don’t choose to rub it in their face that I’m not a virgin. Nothing will help, my beautiful Jack. I will marry Jimmy Chan but we have a couple more weeks before I must accept his proposal. Let’s not waste it arguing and let’s not waste it on talk of love or longing. I know you loved the woman you knew as Sophie, Jack. I know you’ve been hiding from her memory ever since and, as much as I could love you, I am not permitted to because I’m spoken for and you aren’t ready to be in love again. This is not a happy-ever-after situation for us. I know you enjoy me and perhaps could love me but this is not the right moment for us to speak of anything but enjoying the time we have, because neither of us is available for anything beyond that.’ ‘You’re wrong, Lily.’ She smiled sadly and shook her head. ‘I have to go.’ Jack sighed. ‘I’ll drop you back.’ ‘No need,’ Lily said, moving from beneath the quilt, shivering as the cool air hit her naked body. ‘I have to pick up Alys from school. She’s very sharp and I don’t need her spotting you – especially as she’s had a crush on you since you first came into the flower shop.’ Suddenly she grinned. ‘If you hurry up, at least we can shower together!’ Jack leaped from the bed and dashed to the bathroom to turn on the taps. He could hear her laughing behind him but he felt sad. Two more weeks. It wasn’t fair – and then, as if the gods had decided to punish him further, his mobile rang, the ominous theme of Darth Vader telling him this was not a call he could ignore. He gave a groan. ‘Carry on without me,’ he called to Lily, reaching for the phone. ‘Hello, sir,’ he said, waiting for the inevitable apology”
― Fiona McIntosh, Beautiful Death 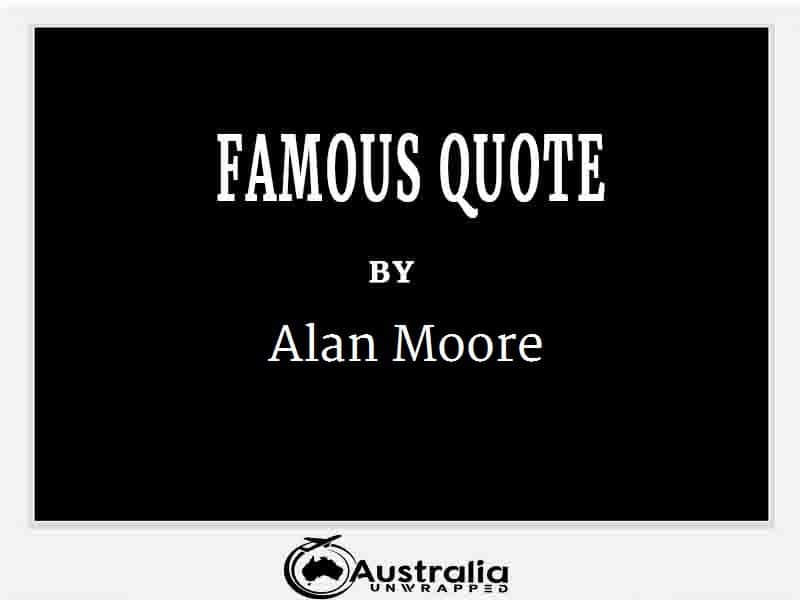 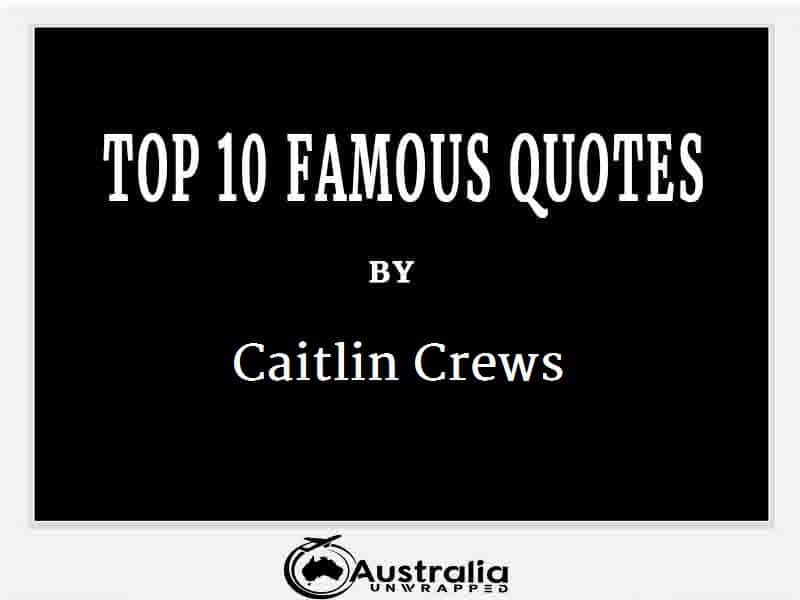 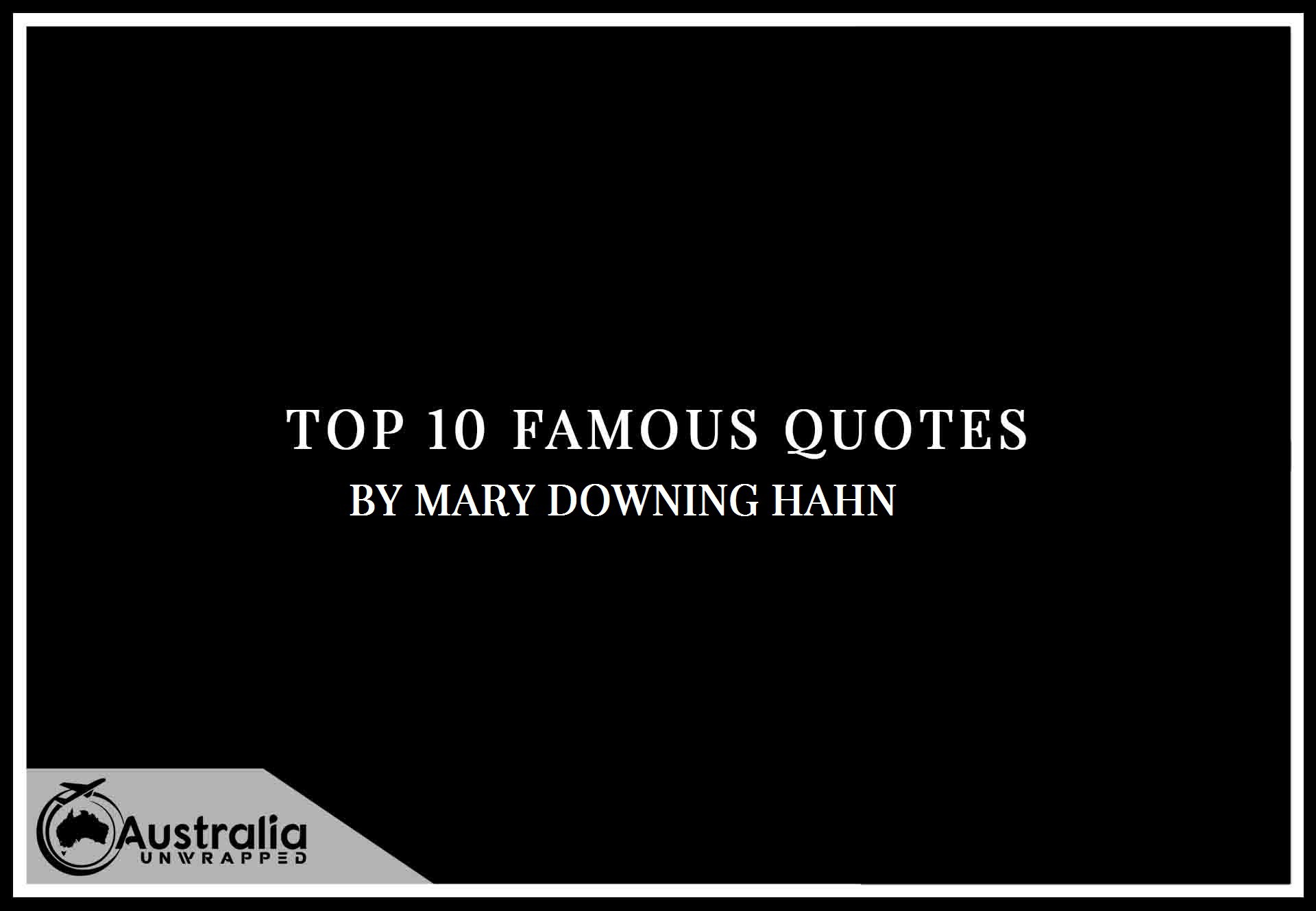