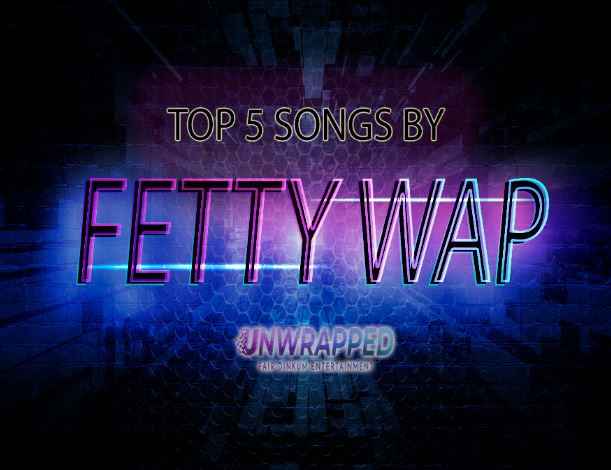 We know how excited you are to be swept away by music through Fetty Wap‘s Top 5 Tracks. Australian Unwrapped would like to give you first a glimpse of the life of the artist. Enjoy reading and listening!

All about Fetty Wap

Who is Fetty Wap: Fetty Wap is an American rapper and singer born as Willie Junior Maxwell II on June 7, 1991. He became popular with his single “Trap Queen” which peaked to U.S. Billboard Hot 100 chart in May 2015 at the Number 2 spot. The two US Top 10 singles, “679” (featuring Remy Boyz) and “My Way” (remixed featuring Drake) were spawned from Fetty Wap’s debut album, released in September 2015 and was highly recognized in the U.S. Billboard 200 chart.

$4000 is the cost of Fetty Wap’s one tooth in his new set of porcelain veneers.
Fetty Wap had an accident when he was young which resulted for both of his eyes having congenital glaucoma but the doctor was able to save one hence the situation of his eyes.
His stage moniker was formed from the word “Fetty” which is slang for money and “Wap” came from Guwop, Gucci Mane’s alias.

We freaking love music here at Unwrapped, and we adore Fetty Wap. In our humble opinion, here are the BEST FIVE SONGS by the legendary Fetty Wap (most liked, listened and downloaded songs) across the web!!!

Remy Boyz, yeah
1738, ayy
I’m like, “hey, what’s up, hello”
Seen yo pretty ass soon as you came in the door
I just wanna chill, got a sack for us to roll
Married to the money, introduced her to my stove
Showed her how to whip it, now she remix it for low
She my trap queen, let her hit the bando
We be counting up, watch how far them bands go
We just set a goal, talking matching lambos
At 56 a gram, 5 a hundred grams though
Man, I swear I love her how she work that damn pole
Hit the strip club, we be letting bands go
Everybody hating, we just call them fans though
In love with the money, I ain’t never letting go

Yeah baby, 17
(RemyBoy Lifestyle)
Ay, ay, look
Baby girl, you’re so damn fine though
I’m tryna know if I could hit it from behind though
I’m sipping on you like some fine wine though
And when it’s over, I press rewind though, ay
You talking bands, girl, I got it
Benjamins all in my pocket
I traded in my Trues for some Robins
He playing Batman, Fetty’s gon’ rob him, ay
I got a Glock in my ‘Rari, ay
17 shots, no 38
I got a Glock in my ‘Rari
17 shots, no 38

Ayy, yeah, baby,
Zoom zoom, squah,
Zoom zoom, ayy ayy
Baby, won’t you come my way?
Got something I want to say
Cannot keep you out my brain
But first off I’m a start by saying this, ayy
All headshots if you think you could take my bitch, ayy
And I’m too turned, when I shoot, swear I won’t miss, ayy
Ba-baby, won’t you come my way?
Baby, won’t you come my way?
Ba-ba-baby,
This is something you should know, I don’t ever chase no hoes
I spotted you, you had that glow, watch me pull out all this dough
Take you where you want to go, flexing on your ex, I know
He ain’t ever take you out, barely even left your house
How dare that nigga run his mouth when his pockets in a drought
The last single he put out didn’t even make it out

I hope you enjoyed listening to Fetty Wap !