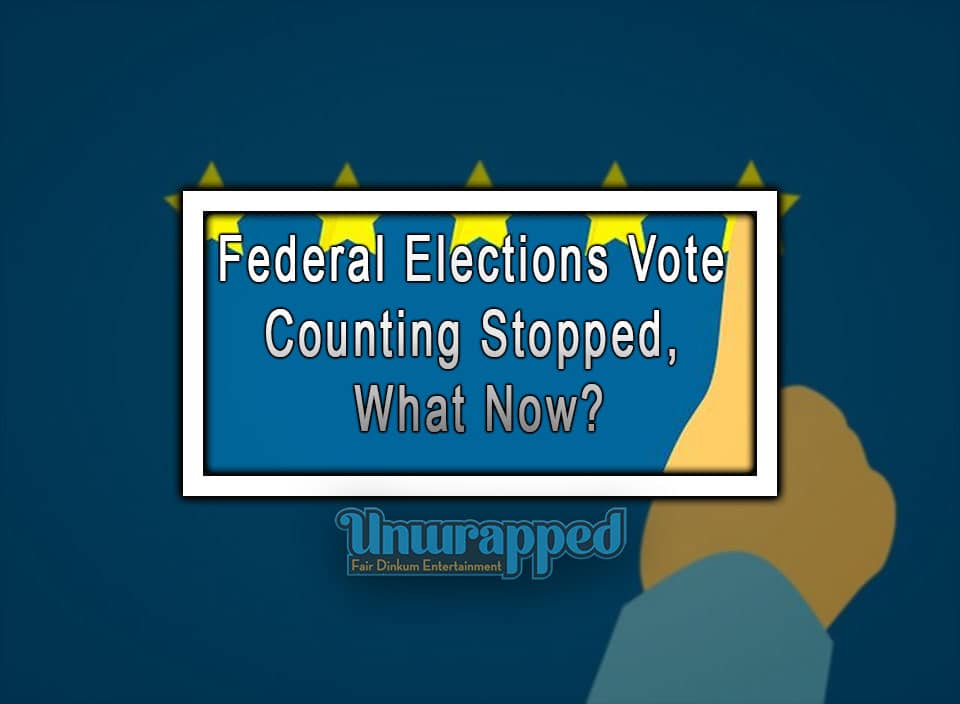 What Now?, as The Federal Elections Vote Counting Stopped.

Vote counting stopped and will resume on Tuesday – yes you got me right. It’s on Tuesday. The nation is now in a state of anxiety as we all take a breather.

As per the last tally before the postponement, the opposition has a 3.3 per cent lead against the Coalition. This bluntly tells you we are headed to a hung parliament, considering only 80 per cent of the votes have been counted. Here is what is known so far.

11 seats are still not yet clear on who has the victory. Of these, the Coalition has 5 of them at its disposal, while Labor has 6. The seats yet to be defined are La Trobe, Petrie, Gilmore, Dunkley, Dickson, Chisolm, Capricornia, Hindmarsh, Herbert, Forde and Dunkey.

Why Did They Stop Vote Counting?

As per the regulations, the postal and absentee votes are counted in the week after Election Day. After the counting is placed on a halt, the ballot boxes are securely placed in the individual electorate for counting.

This new system was adopted after the 2013 election. During that period, 1370 ballots went missing, making the AEC boss resign.

The AEC said that pre-poll Senate votes and “any remaining Lower House ordinary pre-poll votes” may be counted from Monday.

The counting was stopped on Sunday and the ballots handled according to the new regulations.

What Follows Before Tuesday?

The coming few days may have two main happenings. The first is that the Coalition gets the remaining 9 votes it needs to hit the magical number. The other is that Labor party wins the in doubt seats and Australia goes into a hung parliament.

Australia last had a hung parliament in 2010 after which Adam Bandt, Tony Windsor and Rob Oakeshott assisted Julia form a Labor government. This happened after exactly 70 years. It was in 1940 when the closest hung parliament happened again.

Ever since the campaigns started 8 years ago, the leadership of the country has been in caretaker mode. This means the Coalition is still in charge while the departments go on with their tasks.

But under the caretaker mode, key decisions cannot be made unless the opposition is consulted.

On the other hand, we will not know the Senate results for the next few days. This is in accordance to the new rules.

Estimates made by analysts is that Labor will take 25 of the 76 seats while Coalition winning 29. Greens will win 9 and the minor parties together with independent candidates will get 13.

One Nation’s Pauline Hanson has the guarantee of Queensland and expects up to 4 posts. The party has to contend with Fred Nile of Christian Democrats.

vote counting Stopped but we will keep you posted on any new changes. Keep on reading