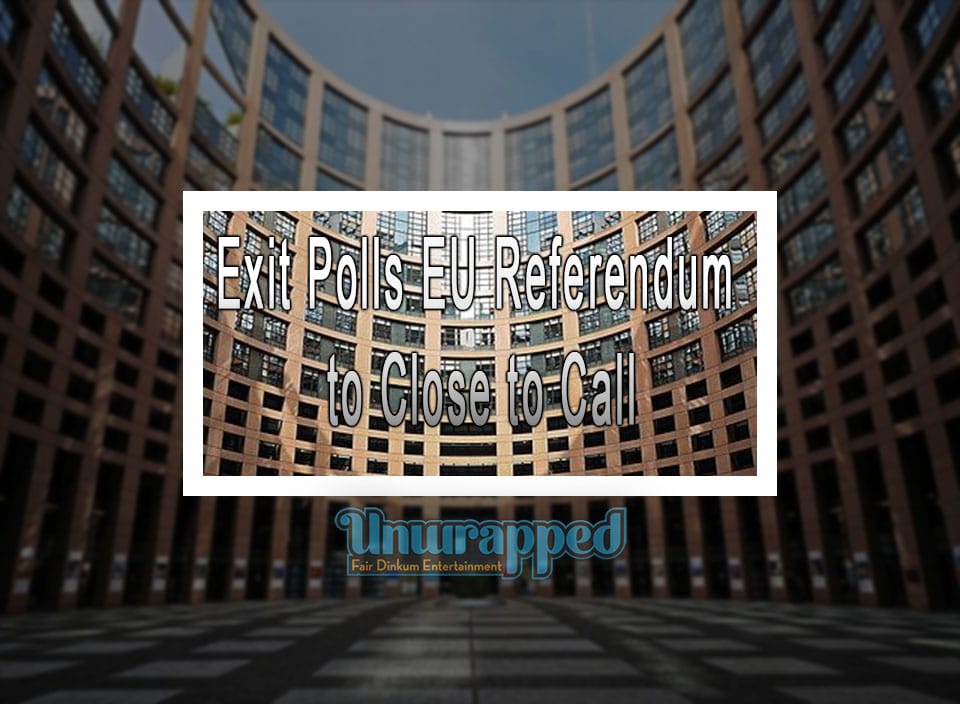 The Exit Polls EU Referendum are proving far too close to call, both camps are claiming a narrow lead. However multiple Social Media and local sources are putting the Vote Leave ahead by a narrow margin. Currently, the time is 15:00 (3 pm) UK time, the polling stations are open until 22:00(10 pm), however, don’t leave it too late. Huge queues have been reported across multiple polling stations.

How will you vote today! 23 June 2016 in European Referendum? #Brexit Twitter poll

Undoubtedly the Brexiteers are showing more passion and belief; outside polling booths people are reporting a sense of duty to the nation, and the future of their children.  Anecdotal evidence suggests many Northern cities are leaning heavily towards Brexit, while London is favoring Remaining in the European Union.

Exit Polls EU Referendum – Get Out and Vote Leave

The Exit Polls EU Referendum will not be decided by London, it will be decided by the nation, Great Britain and Northern Ireland are set to make their bid to freedom. The polls maybe close, but as it stands the Vote leave look set to take the victory. You must get out and vote. Take everyone you know to the polling stations, furthermore let’s turn this narrow lead into overwhelming victory #Brexit of Bust.

Just as our forefather made there stand against all odds today is the day we take the power back.

Pre vote Poll putting it to close to call, however exit polls shows a slight swing towards leave. Mobilize your friends, family and neighbors 10 pm close time, get in early.

Opinium: Leave ahead 1%
YouGov: Tied at 45%
ComRes: Remain ahead 6% pic.twitter.com/hqgiCtXepT

Polls or no polls voting is what counts.

I doubt that the corrupt globalists will allow change via the vote. https://t.co/wlWo5yDwfR

Take time to review and share some of these fantastic Brexit articles. Fight the good fight.