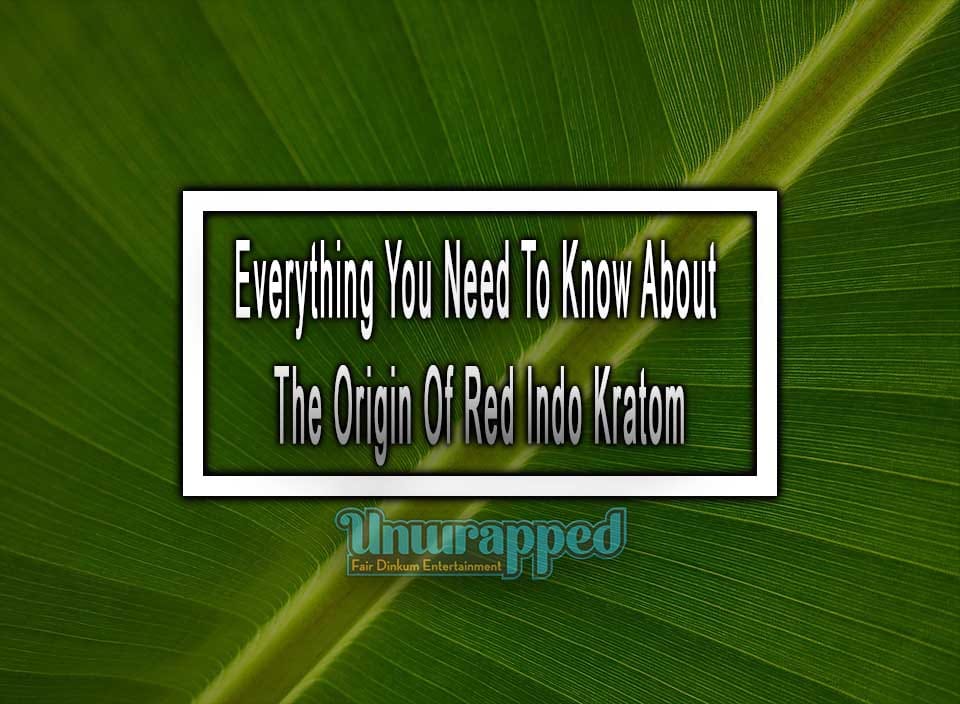 It is a subtropical tree that is indigenous to South Asian countries. Due to its resemblance to the bishop’s miter, its genus was named Mitragyna. People use it for religious ceremonies and medicinal purposes due to its stimulant and depressant qualities in many regions. It has various varieties, such as the white, green, and red strains. You can identify them at the time of harvest by observing the color of their veins. This color corresponds to alkaloids in them, which are associated with pain-relieving properties. There are numerous plant varieties, but the most underrated one remains the Red Indo Kratom.

What Is Red Indo Kratom?

Red Indo Kratom, also known as Red Vein Kratom, is often claimed to be the best variety of it available and found in the tropical evergreen rainforests of Indonesia. It has a red tone in the midrib, the veins, and the netted veins. Red Vein Kratom has higher alkaloid content than white and green varieties, increasing potency. Another intriguing trait of this plant is the more vital red vein, which delays the effects of the chemicals to kick in when ingested.

A few of the many reasons for its widespread use in its native countries is that it can be consumed by chewing the leaves, brewing into a tea, making a fine powder of the extract, or even smoking. The usage of this plant was never inhibited due to ease in consumption.

Red Indo Kratom is mainly present in dense forests, which are very hard to procure. This plant’s natural growth and spread are abundant in regions like Indonesia, growing everywhere – ranging from forests, gardens, and even sidewalks. Due to its medicinal properties, it has been used for pain relief by local tribes and has improved farmers’ productivity for centuries. It led to its widespread cultivation by the indigenous communities of the surrounding regions. Part of the reason why the plant is still in use is the local farmers who preserved varieties of this species.

Conditions That Favor The Growth Of Kratom In Indonesia

It’s not very rare to find specific plants flourishing in hotter climates than a few others. Various chemical processes that maintain and promote plant development get regulated by temperature. Hotter climates and higher humidity levels provide the necessary chemical conditions and energy required for the plant. Similar effects of temperature govern it. Apart from Indonesia, it also thrives well in other tropical/subtropical countries like Thailand, Vietnam, and Malaysia, as these countries have relatively hot climatic conditions suitable for its growth. Few species of this plant are even present in parts of Africa that have hotter climates predominantly. The ideal temperature to grow it is between 75 and 90 degrees Fahrenheit. The humidity of over seventy percent favors Kratom’s growth. Humid environments are characterized by excess moisture in the air and evenly distributed precipitation. In countries like Thailand, the humidity levels exceed even 90 percent at times. In case of low humidity levels in specific regions or times, one can use humidifiers to promote the growth of it. Still, unsurprisingly, plant growth is best observed in natural conditions.

Another reason why the most potent forms of it grow well in Indonesia is the acidic soils that work tremendously in favor of boosting the alkaloid concentration. The ideal pH range for optimum growth is between 5.5 and 6. pH of the soil plays a significant role in nutrient absorption from the soil, impairment of which causes various deficiencies in the plant that manifests to produce undesirable crops. Along with slightly acidic pH, it demands fertile and well-draining soil. Indonesia’s nutrient-rich soils are the main reason for its rich diversity of wild plants.

As it goes without saying, tropical regions have abundant sunlight, which acts as the primary energy source for trees. Kratom trees show greater yield when exposed to more extended periods of sunlight. In regions of low sunlight, artificial light sources have managed to replace sunlight. The reason why lighting plays an essential role in the cultivation of it is its influence on reddening the veins of the leaves, which is the distinguishing feature of the Red Indo Kratom.

Growth Of Kratom In Other South Asian Countries

Apart from Indonesia, Kratom is also present in other subtropical regions, particularly Thailand. Thailand is the first country to legalize the use of Kratom for medical purposes. Kratom had been used mainly as a substitute for opium for many years. In the wake of growing difficulty in procuring opium, it found new popularity. An alarming number of people preferred Kratom over the then expensive opium. In the people’s interest, the government banned Kratom by criticizing its use as a potent drug. Regardless of it, since the growth and availability of Kratom were rampant, the use of it continued among civilians. Despite legalizing Kratom for medical purposes in 2019, Thailand still prohibits its usage for recreational activities.

To conclude, this article serves as a guide to kratom strains. The evolutionary origin and spread of any plant species are determined regarding the chemical properties and physiological functions that plant extracts provide when consumed. Although modern-day technology facilitates manipulating and generating suitable climatic conditions to optimize the growth of the desired crop, it fails to surpass the quality of the wild, untamed plants grown in their natural surroundings. The exported Kratom from its native countries like Indonesia holds a more excellent value than those produced commercially in western nations.

How to Create a Simple Login Form in PHP In 7...

What Will Happen if Bitcoin Value Becomes Zero?