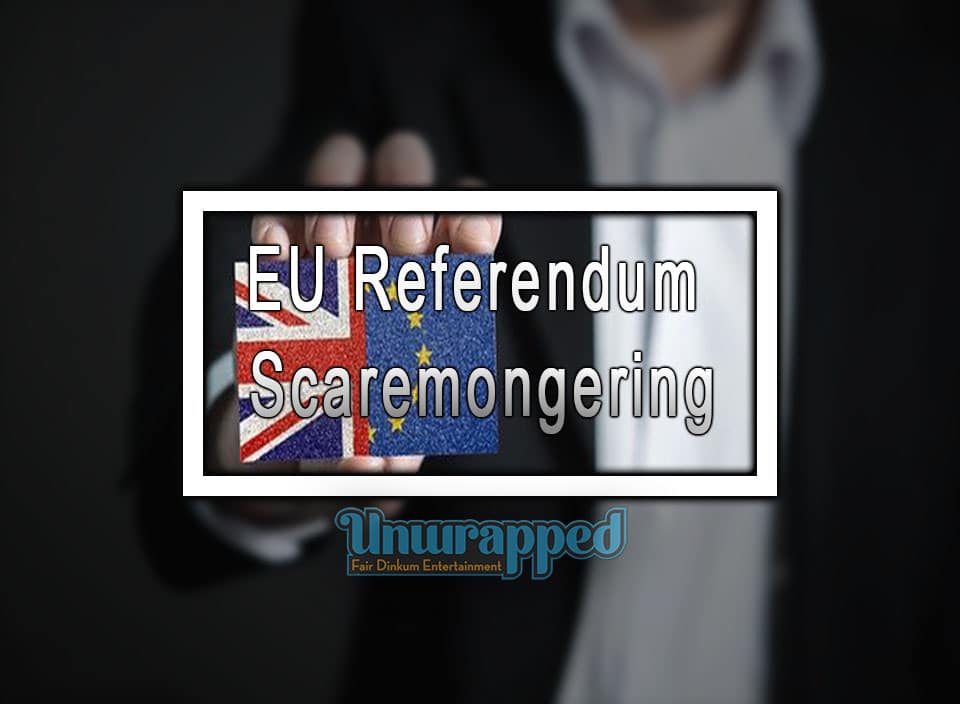 EU Referendum Scaremongering – May Be Hurting The “Stay” Campaign

EU Referendum scaremongering – The talks on Brexit have been very interesting; initially starting out with officials trying to convince the populace that there are merits to stay in the EU. As the debates carried on, it became obvious that many people were not listening to what the Pro EU camp was saying and there was need to try and make people believe that leaving the EU was actually bad. So they resorted to scaremongering with the help of the media. It is either a bunch of directors claiming how many companies will move their headquarters overnight if there was a yes vote for Brexit leave come referendum voting day or scared politicians try to paint a very gloomy picture of life outside the EU.

Unfortunately for the Pro EU campaigners, in their quest to try and convince people that the EU was the best thing for the UK right now, their scaremongering tactics have instead led people to start believing that there are actually merits in leaving the EU. If there were no merits they wouldn’t have to be struggling so hard to scare people instead of trying to show them why they needed to stay in the EU. It is almost as if the government and their Pro EU campaigners are trying to bully people into believing that being in the EU is the best.

Most of the scaremongering tactics have been used by the Pro EU campaigners. There are reports of how inflation will rise and jobs will be lost. There are even reports of how the exit will affect the credit rating of the UK and possibly affect the sterling by up to 20%! Then when you take the time to check the names behind all these supposed well researched studies, you will find most of them have their interest at hard. They are gaining from the EU in one way or the other and it is in their best interest that the UK remains in the EU.

On the other hand are those who are trying to be overly optimistic about an exit vote from the EU. These are the ones that are trying to paint a rosy picture of life after EU. True, there may be benefits of leaving the EU but most of this is purely hypothetical. Then again it will have to remain a hypothesis until proven which can only happen if there was a vote leave. The EU referendum will obviously have its merits for and against. That is not the point; the point here should be that the country as a whole should be able to take a decision that they will be comfortable with for years to come. What has to be taken care of now is this strategy of trying to scare people of what the future holds. Who knows the future anyway?

EU Referendum Scaremongering – The British Take Control Of Own Destiny

There is absolutely no evidence to clearly show the economic impacts of what will happen to the UK, if vote on EU referendum came out with a Brexit leave. However that does not mean that leaving the EU will have no economic risks associated with it. It is not really about what risks are involved; it is really about what sovereignty. If they chose to leave the EU, it means they are prepared to face the risks that come with such a decision.