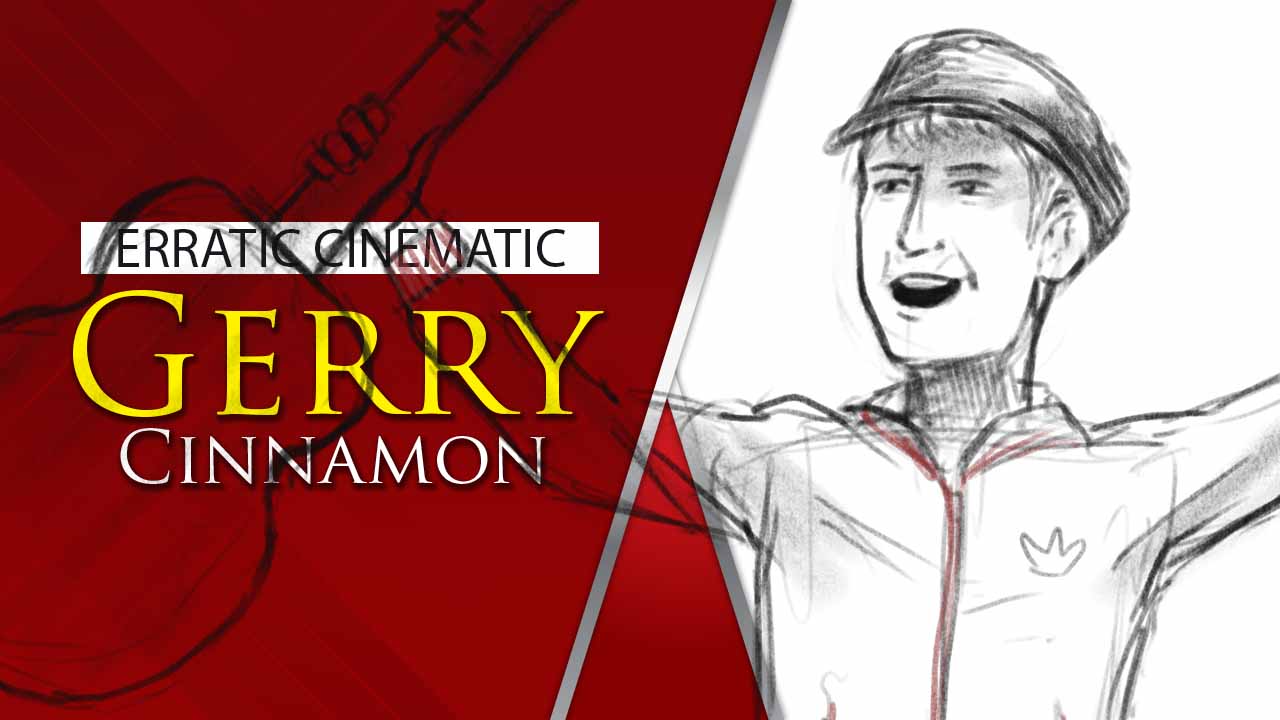 Gerry Cinnamon’s first album as a solo artist is a vivid tale of Glasglow living. His stories as a young man trying to make it in the music industry and all the excitement and scenarios that come with that have been highlighted here through his poignant lyrics and naturally well-crafted story telling.

His story and songs have now transcended into life with some of his hit songs being played now in concerts the very same city of Glasglow where he lived the adventures that through his voice and guitars have made him a world famous symbol.

Now let us give you a layout of all of the songs in the album, be sure to give them a listen as you read in for the optimal experience.

The song is a parade through the lifestyle of a drinker and fighting man during nights out. The times spent partying and dazzling in all the nightlife there is displayed through sincere lyrics and a soft guitar tune playing in the background. The boyishness of the song is made apparent through a school-like bell sounding off in the beginning.

Drugs make an appearance which is sure to add to the hectic life presented in the song.

The song’s chorus has a melancholy “Sometimes” on repeat, a tone that leaves the listener on a penchant line of thought, looking back at what has been done with mixed feelings.

The song keeps a playful drumbeat all through out as well as a whimsical whistling.

Time wasting and lazing around are the themes of the song as well as “demons under my bed” that hint towards having unsolved issues. This problematic is to be solved by getting sung a song as the title of the song “Lullaby” suggests. Comfort through love and older times are referenced with the sweet medicine of a lullaby being yearned for.

What Have You Done

The song is about giving in to the consumption of “snow” which is Scottish slang  for cocaine. “Sold your soul to the demon” means buying cocaine from a drug dealer. It has a strong sentiment of amazed regret at someone having inserted themselves into the life of cocaine. “What do you care” is part of the lyrics, hinting at a feeling of apathy from other people and giving in to the lure of drugs.

The momentary well-being that comes with drugs is also referenced here. Its a thought provoking piece with the guitar coming in to guide the tune as well as a harmonica late into the song.

Being enamored with a “belter” of a girl is the main theme of this song. Belter is Scottish slang for awesome or beautiful.

The girl is classy, has a spunky personality and a dancer. All things that the singer is attracted to and enjoys, seeing her as a ‘princess’ and love being referenced in the lyrics as well.

The instrumental is a thumping beat that goes well with the belter theme, a snappy rhythm through the guitar and drums keeps going throughout the song which accompanies Gerry’s Scottish accent very well and creates a strong picturesque sense.

This song draws inspiration from the life of music, a big gamble, that Gerry Cinnamon undertook in his life.

The valor that takes endeavoring into music and the sacrifices that come with not having money but being on the path to happiness in life is mentioned. This is a common situation when an artist first tries to make their way into industry.

In the 2nd verse, the success has been achieved and “buy your soul back” is mentioned, which points that the singer ponders on having the normality of a regular life when the music career is over.

The instrumental and singing is a mellow guitar tune and the ‘shoo-la-la’ sang through out keeps the wan feeling.

The feeling of not knowing if one is living the moment as best can be possible is the main theme of this song as well as the yearning to go back home.

“Will you live before you die” is one of the most poignant lyrics and it captures the feeling of wanting to know whether one is the right place in life very well. Home is named as the place that is being pined for in contrast to the fast-paced life of a music artist.

The guitar is played in quick melodic bursts throughout the song, creating a feeling of speed and singing in the song is emotional to go along with the sentiment of the lyrics.

The main theme here is a recalling of time being spent playing as a child and the freedom and wonder of being a child experiencing it all. Playing with friends until it gets dark is mentioned. “Keysies” is a gesture done to symbolize that the game being played isn’t played at the moment. Its a ‘time out’ signal done during social games. The feeling of nostalgia is paramount through out the song, with childhood play being the focus of the remembering. The guitar playing is simple but strong and follows the lyrics in a quick crescendo.

Diamonds in the Mud

This is a song about Gerry’s big love affair with his home town of Glasgow. Diamonds in the mud is a wordplay to name the riches hidden in the murky background of the Scottish city. Different friends of the singer are mentioned throughout the song, a dour faced man, a lightweight drinker and a ‘shaman’. Gerry uses this song to name the times spent in his city with all kinds of people and doing many different things.

The guitar keeps an upbeat tone in the song and the singing has an optimistic and comical feel to it.

The war being waged in the Middle East is referenced and the point of view of the rich and politicians taking in the money while young men die in the war is displayed here.

The active role of the public turning their heads the other way and not understanding is also called to attention, overall the song talks about deep inside we know that war is the wrong way to solve problems.

The instruments are a calm and steady guitar tune and the lyrics are slow and melodic throughout.