Endometriosis: The Painful Disease That Many Women Suffer In Silence 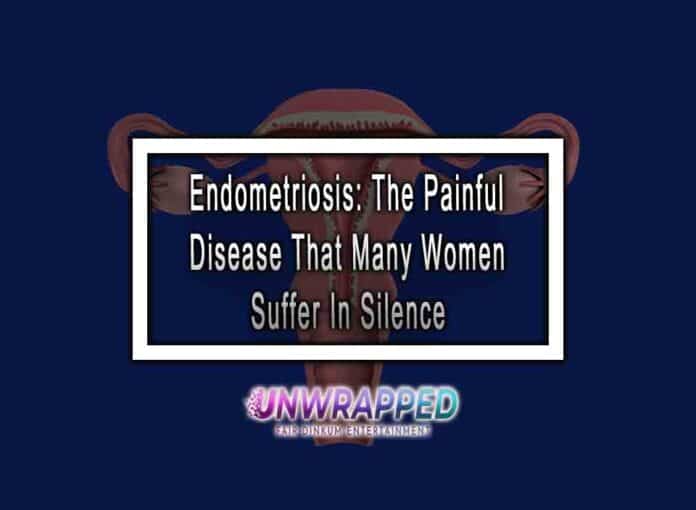 There is a lack of awareness about this condition. The condition is still largely misunderstood and often requires a protracted diagnostic process. Pain during menstruation is the primary indicator of this condition. Endometriosis is a condition that is becoming more common and may lead to a variety of adverse health effects.

Although it is known that there is a certain genetic predisposition to endometriosis, the exact reasons why some people are more likely to develop the condition than others are still a mystery. The mother, the daughters, and the sisters may be affected by it but are unaware of it.

A deficiency in the immune system, which is responsible for the elimination of aberrant cells and germs in the belly, is still another possibility for the aetiology of the condition. The defenses are of inferior quality, preventing them from detecting the endometrial cells as alien (usually only inside the uterus). This would provide them free access for their seeding in the internal organs.

Endometriosis is a condition that is defined by the implantation and benign proliferation of endometrial tissue outside of the uterus. Endometriosis is a chronic inflammatory illness. The mucosal layer that coats the inside of this organ is referred to as the endometrium. This layer becomes thicker throughout the menstrual cycle so that it may accommodate an embryo at a later time. In the event that there is no pregnancy, it will fall off after the woman’s period ends, and the cycle will start all over again.

This tissue can develop and implant itself in the wrong location in the tubes, the ovaries, the intestines, or, much less often, the bladder. This condition is known as a teratoma. This tissue ultimately results in the formation of a number of benign cysts; nevertheless, the fact that these cysts are harmless does not imply that they do not need to be removed.

It starts later than that in the early months of menstrual cycles, becomes worse with time, and comes together with other symptoms that are characteristic of endometriosis. The majority of the time, this discomfort is brought on by the production of prostaglandins, which are responsible for powerful uterine contractions.

Dyspareunia or pain with sexual intercourse.

Endometriosis may cause pain and discomfort in the ovaries, vaginal roof, and uterosacral ligaments, all of which can be worse by vaginal penetration.

Many women who have endometriosis do not experience any changes to their menstrual cycle or bleeding in the time between periods. However, the endometrial cycle might be disrupted, which can result in occasional light bleeding.

How It Is detected

Laparoscopy is the only way of diagnosis that has shown to be reliable; nonetheless, this procedure calls for the use of general anesthesia and the insertion of a device that provides visibility into the pelvic cavity. It is a treatment that is very intrusive for the patient, and by the time it reaches this stage, the lady has often been experiencing the discomfort produced by this condition for a number of years.

Also see: Do You Have Insomnia? Including These Foods In Your Diet Will Help You Sleep Better

Herbal Antibiotics: The 5 Most Effective