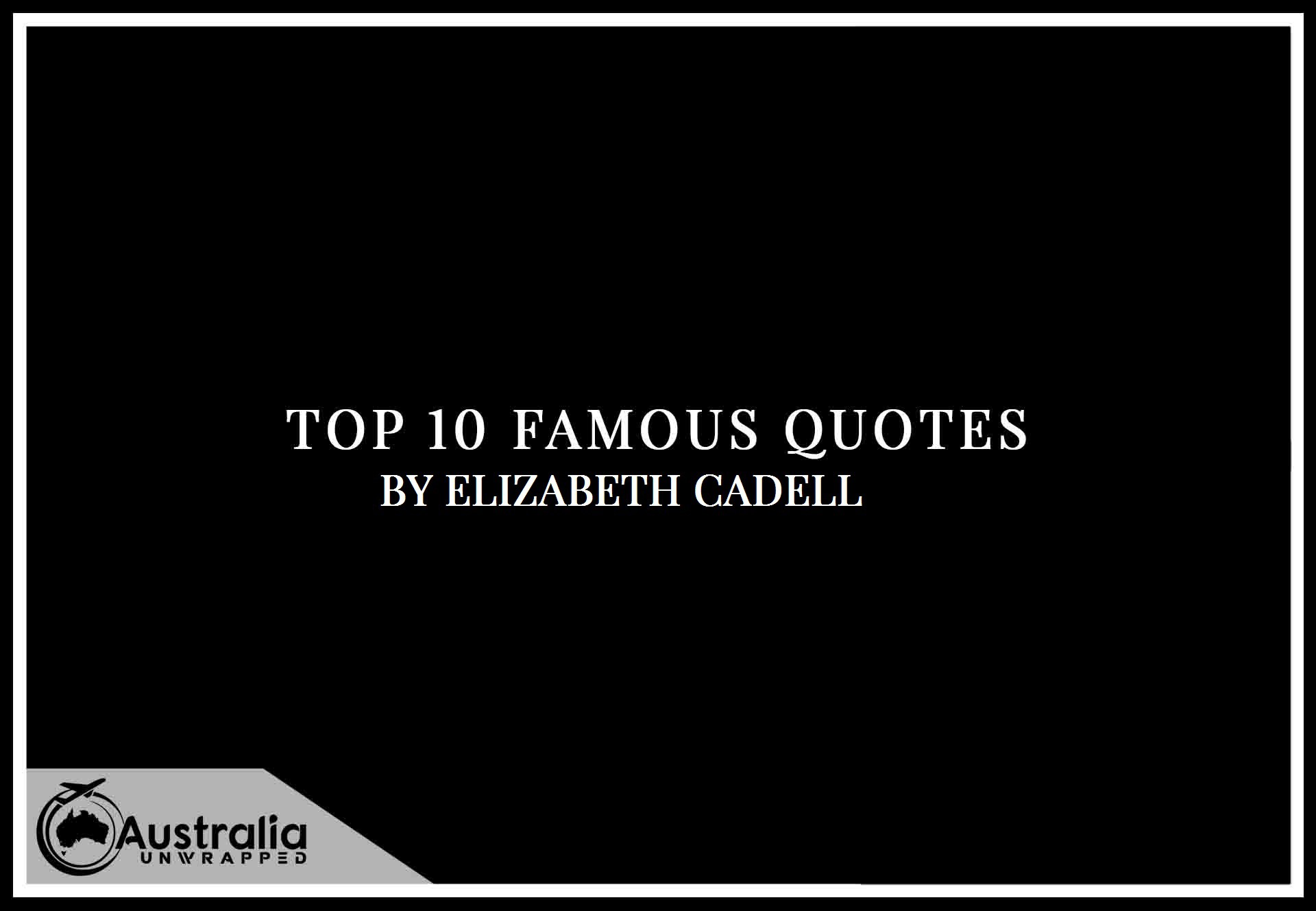 Quotes, who doesn’t love a good quote? This series of articles we look at Top 10 Famous Quotes by Author Elizabeth Cadell, author quotes are always a challenge and fun to pick, with Elizabeth Cadell you will find my Ten favorites of Elizabeth Cadell’s quotes.

Violet Elizabeth Vandyke was born on 10 November 1903 in Calcutta, British Raj, to Elizabeth Lynch and Frederick Reginald Vandyke. She studied music in London during the Great War, but did not pursue a musical career, and returned to India in 1928, where she married Henry Dunlop Raymond Mallock Cadell, and they had a son and daughter. She returned to England ten years later following her widowhood.

During World War II, Elizabeth wrote her first book, ‘My Dear Aunt Flora’, followed by 51 books that won her a loyal following in the United States and England. Many of his books are set in Spain, France, and Portugal, as well as England and India. After settling in Portugal, where her married daughter still lives, she moved to the United States. Her death occurred on 9 October 1989, when she was 85 years old.

More from the Author: https://amzn.to/3CkmPIt

“I can’t help feeling that people ask too much [of life]. They don’t keep up with the Joneses any more–they outstrip them. What people call happiness, today, isn’t happiness. It’s enjoyment. It’s pleasure. And between happiness and pleasure there’s a very large gap.”
― Elizabeth Cadell, Out of the Rain

“Well, she asked him questions about his age and his attainments. The fact that he was a Catholic gave her pause, but when I explained to her that the present Pope was a well-meaning sort of chap, she said she was prepared to meet him halfway.”
― Elizabeth Cadell, The Fox From His Lair

“She agreed with everything that was planned for her, and made her own arrangements later, for she had discovered that the easiest way through life was to set out obediently upon the appointed path and then slip away down a side turning.”
― Elizabeth Cadell, The Fledgling

“You’ll be happy if you’ll remember that men don’t change much. Women do. Women adapt themselves, and if you think that means they lose their individuality, you’re wrong. Show me a happy marriage and I’ll show you a clever woman.”
― Elizabeth Cadell

“No. I want to get out—outside. Out of this flat.” “There’s a full moon. Have you ever walked beside the Seine in the moonlight?” “No. Have you?” “Not with you. Let’s go.”
― Elizabeth Cadell, The Corner Shop

“It was terrible if you looked at things the way they could have been, but if you concentrated on what there was, it didn’t look too bad.”
― Elizabeth Cadell, The Fledgling

“Nothing more was said. It was evident that Uncle Robert, like Lady Catherine de Bourgh, would say no farewells and make no compliments.”
― Elizabeth Cadell, Language of the Heart

“Freddie felt strongly that a natural appearance was only permissible, only really effective, it if was artificially produced.”
― Elizabeth Cadell, Any Two Can Play

“I’m only judging by his letters, but are you sure you want to marry a fellow who uses six words where one would do?”
― Elizabeth Cadell, The Friendly Air

“How can any child grope its way through life if its parents or guardians tear up all the pages of the past?”
― Elizabeth Cadell, The Fledgling

More from the Author: https://amzn.to/3CkmPIt