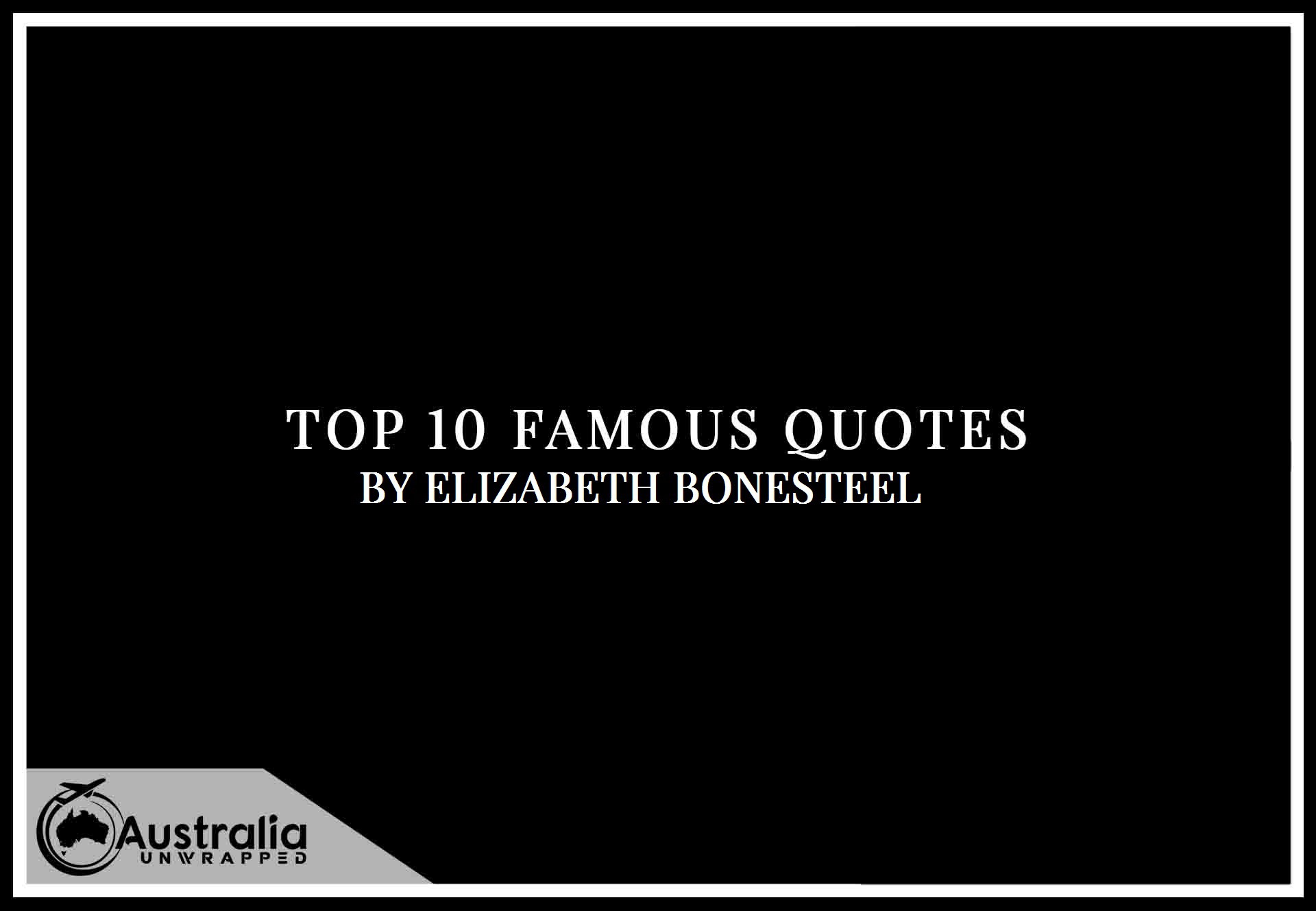 Elizabeth Bonesteel began telling stories when she was five years old, as a way of fighting insomnia and to stay awake. Because of her family connection to the space program, she has always been interested in science fiction since she was a child. In the present time, she lives in central Massachusetts with her husband, her daughter, and a variety of cats.

More from the Author: https://amzn.to/3AxhFYr

“Focus on what you can do, Greg, and not what you can’t.”
― Elizabeth Bonesteel, Breach of Containment

“One of the less entertaining things about getting older,” he said, “is that you learn that most things that sound like bullshit are actually true. It’s easy, in hindsight, to believe people were incompetent, that they should have seen it coming, that someone who knew what they were doing could have prevented all of it. But nothing in life is so linear, Chief. And nothing in life is so simple.”
― Elizabeth Bonesteel, Breach of Containment

“So let me teach you something, Chief: in aggregate, humans are slow. You can pack a colony with the brightest, sharpest, most perceptive minds ever born into our species, and without any outside influences they’ll become selfish, self-serving, and slow to change. Intelligence does not help. In some situations, it makes things worse.”
― Elizabeth Bonesteel, Breach of Containment

“While this was not an atypical method for Yakutsk to change governing bodies, Oarig’s qualifications were difficult to understand. He was short-tempered, entitled, and inclined to violence. Greg was not entirely sure how he had amassed enough dedicated followers to kill for him.”
― Elizabeth Bonesteel, Breach of Containment

“You will not have noticed this,” he remarked, as Luvidovich walked behind him and began cutting off his shirt, “but I have found that the more affluent a society, the easier it is for them to dehumanize their criminals.”
― Elizabeth Bonesteel, The Cold Between

“Everyone matters, Greg Foster,” he said at last, and his voice was gentle. “Everyone, every time. She is yours, and she is mine, and she is her own, and she matters. She will always matter, long after she is gone.”
― Elizabeth Bonesteel, Breach of Containment

“Emily Broadmoor was fifteen years older than he was, and she had not been blessed with flawless features; but when her eyes twinkled like that, he thought she rivaled the greatest beauties of the galaxy.”
― Elizabeth Bonesteel, The Cold Between

“There is always a moment,” she told him, “when the plan is in motion, and cannot be reversed. No matter how mad it is, there’s something liberating about having made a choice.”
― Elizabeth Bonesteel, The Cold Between

“You’re not a detective, dear. You’re a mechanic.” “It’s debugging, Bob, like I do every day. Start with what’s wrong, and go backward until you find the cause.” “You’re”
― Elizabeth Bonesteel, The Cold Between

“that was reality, and when all of this was untangled she would have to sit down and have a good hard look at that fact.”
― Elizabeth Bonesteel, The Cold Between

“My mother—” She stopped. “It’s strange. She is the least like me of anyone in my family. I think that’s why we get along so well. She doesn’t ever assume she’s going to understand what I say or do or want, so she takes my word for it. She trusts that I know myself. And she always—” Her voice broke, and he saw her swallow. “No matter what I was trying to do, she always assumed I’d succeed. And if I failed, she’d pick me up and turn me around to try again. Never scolding, never making me feel bad. Just ‘Oh, well. Up you get, Elena!’ with the same faith and good cheer.” She shook her head. “It’s weird. Of all of them . . . I love her the most. And I have the fewest regrets about how I left things with her.”

More from the Author: https://amzn.to/3AxhFYr