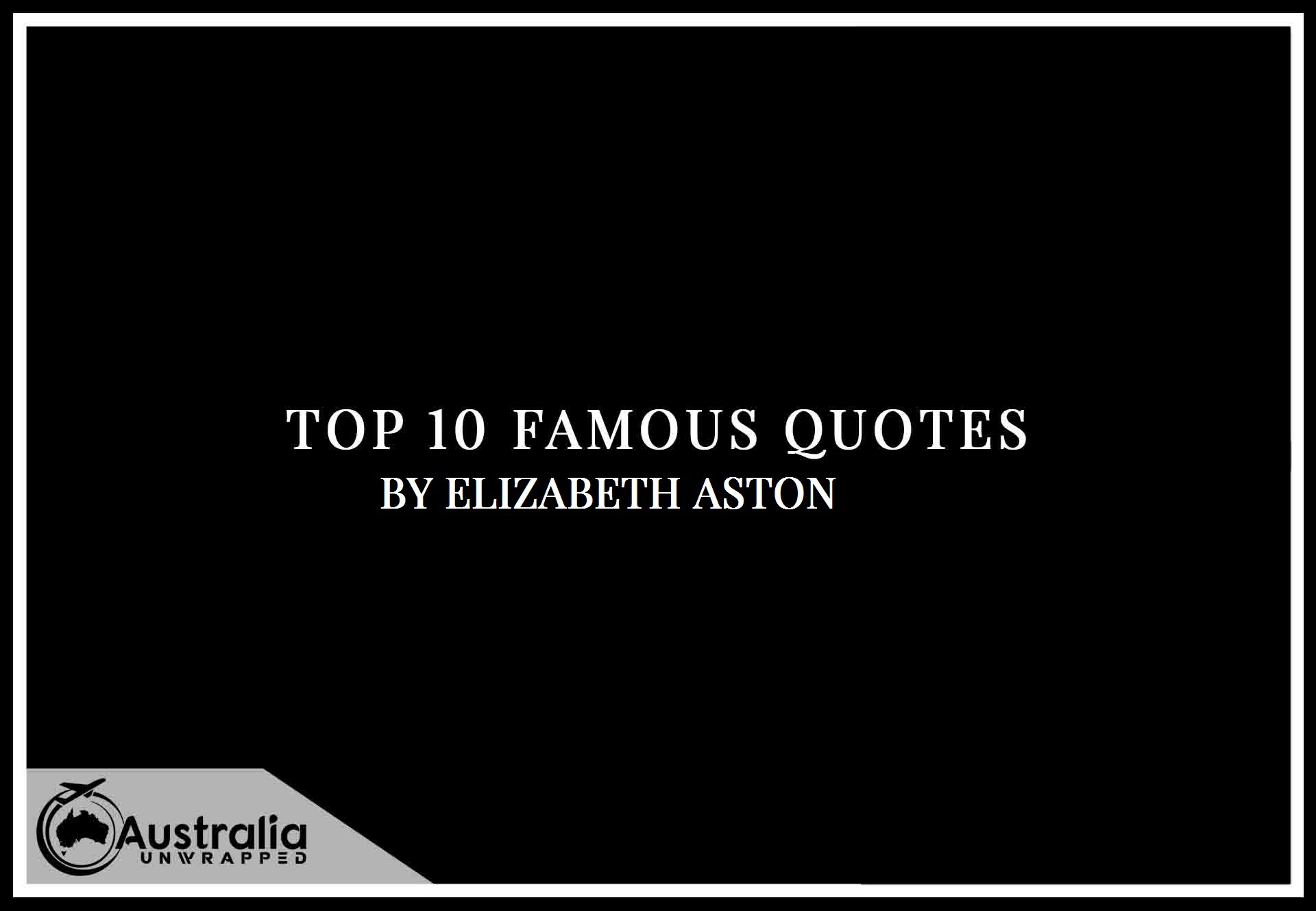 Quotes, who doesn’t love a good quote? This series of articles we look at Top 10 Famous Quotes by Author Elizabeth Aston, author quotes are always a challenge and fun to pick, with Elizabeth Aston you will find my Ten favorites of Elizabeth Aston’s quotes.

During my childhood, I was raised by two Jane Austen fanatics, and my parents decided to name me after a character that appeared in one of Jane Austen’s novels. It is therefore no wonder that I became a passionate Jane Austen fan myself over the years as well.

Elizabeth Aston is a pen name that I use (in fact, it is my married name). The novels I have written under my pen name of Elizabeth Pewsey are now being reissued as ebooks by Attica Books under the name of my Aston pen name.

In addition, I have published several books under my own name, Elizabeth Edmondson, as well. I would describe them as historical novels, but they are set in the 20th century.

More from the Author: https://amzn.to/3pvjwGP

“The Brethren? Whatever for? Do they wash a lot? Baptisms, wet clothes, that sort of thing?’ ‘Of course not. It was a museum piece; they took it off to sell it. They’re very keen on money. I think they’re dishonest, too.”
― Elizabeth Aston, Children of Chance

“When we are young, we make gods and goddesses of one another, then we soon come to realize that we are all merely human and imperfect.”
― Elizabeth Aston, The Exploits & Adventures of Miss Alethea Darcy

“Some young ladies meet a man and from there it is all plain sailing, but this is not the usual way it happens.”
― Elizabeth Aston, Mr. Darcy’s Daughters

“Innocence might be its own reward, but when it boardered on naivete, if not stupidity, it was unforgivable.”
― Elizabeth Aston, Mr. Darcy’s Daughters

“You’ll meet someone else; there are more fish in the sea, as the saying is, than ever came out of it.”
― Elizabeth Aston, Mr. Darcy’s Daughters

“People aren’t the same when they’ve lived in India. It changes them, I’ve often noticed it.”
― Elizabeth Aston, Children of Chance

“Authors go on writing books, and so we go on reading them. It is a sad state of affairs.”
― Elizabeth Aston, Mr. Darcy’s Daughters

“Sense is apt to fly out of the window when a girl falls in love.”
― Elizabeth Aston, Mr. Darcy’s Daughters

“Why did she want to stay in England? Because the history she was interested in had happened here, and buried deep beneath her analytical mind was a tumbled heap of Englishness in all its glory, or kings and queens, of Runnymede and Shakespeare’s London, of hansom cabs and Sherlock Holmes and Watson rattling off into the fog with cries of ‘The game’s afoot,’ of civil wars bestrewing the green land with blood, of spinning jennies and spotted pigs and Churchill and his country standing small and alone against the might of Nazi Germany. It was a mystery to her how this benighted land had produced so many great men and women, and ruled a quarter of the world and spread its language and law and democracy across the planet.”

More from the Author: https://amzn.to/3pvjwGP