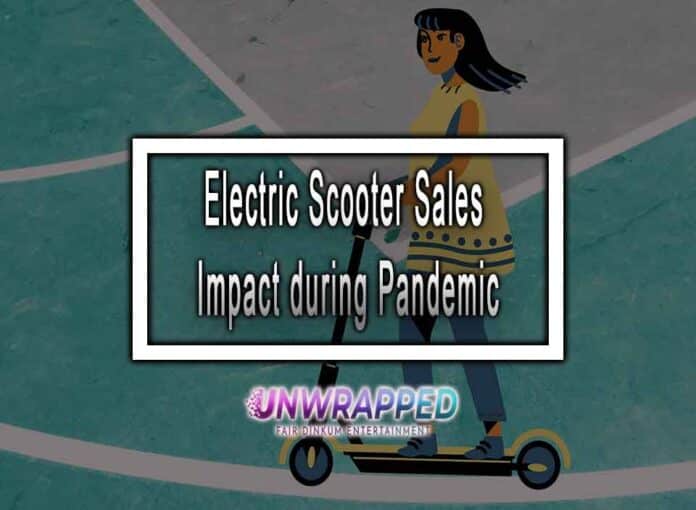 If there is one thing the Covid-19 pandemic taught us, it is safety. Our health and wellness proved that it is the most important part of our life that we should prioritize, otherwise we simply wouldn’t be here.

From what to do, to what to eat, to what to ride — the pandemic trained us to use the safest way possible, there was just no other way. Which is why, when it comes to transportation, micromobility,  which refers to a range of small, lightweight vehicles, is one of the safest ways to go because it is driven by the users themselves. This eliminates the risk of being around other people and this benefit alone boosted the sales of micromobility devices during the height of the pandemic.

One of the widely used micro mobility devices is the electric scooter. 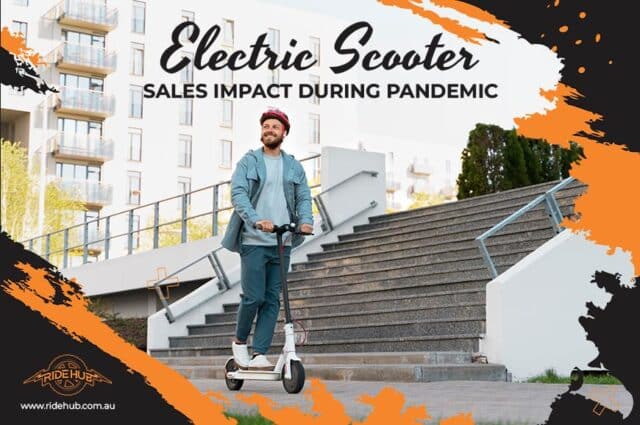 According to the National Association of City Transportation, in the United States of America, 38.5 million journeys were made on electric scooters in 2018, which rose to 86 million in 2019. That’s a 47.5 million rise in electric scooter sales just in the US.

But not just in the US, electric scooter sales made an impact during the pandemic also in other countries.

These parts of Australia, have the most scooter-friendly rules, even allowing people to own their electric scooters to be ridden in public in 2019, allowing their sales to soar as well in the pandemic. Anthony Van Duyn, the owner of micromobility devices in Australia mentioned, “We started selling electric scooters about 2 years ago and since then sales have taken off. I now sell two e-scooters for every e-bike I sell.”

Tom O’Neill, the chief executive for Electric Riders Australia, a peak body for mobility users, “Queensland has led the way in regulating electric scooters, [we are] lobbying for private electric scooters to be legalised in every state and territory.

Meanwhile in Victoria, South Australia and the Northern Territory, electric scooters are only allowed at selected trial sites with restrictions on privately owned devices.

A town in south central England called Milton Keynes has already 62% of its riders use electric scooters instead of driving alone in a car. They believe that towns and cities that are embracing and expanding the presence of electric scooters will reap significant benefits that bolster local economies.

Electric scooters have now reached London, however only rented electric scooters are legal to  be used on public roads or in other public places. But soon enough, it is in the works for electric scooters to be owned privately, especially with its popularity rising, and not to mention it is the solution to the rising petrol prices and environmental concerns.

Cities like Leicester have invested heavily in trials and putting in pop-up cycle lanes, however electric scooters are also not yet legal in this city, but a government spokesman recently confirmed to the BBC that they are “considering how best to design future regulations and our Transport Bill will help us to take the steps we need to make electric scooters safer and support innovation”.

As for the whole state of the UK, there has been an inexorable rise in the number of privately owned electric scooters in recent years in the other states, with around 750,000 sold by stockists.

The latest data from the Department for Transport (DfT) in the UK shows there’s been over three and a half, maybe four million journeys since electric scooters operation started in August 2020.

Citizens themselves have seen the benefit and are adapting to the new positive change electric scooters bring, including its accessibility.

In July 2021, in Sevilla, 1000 brand new electric scooters were released. According to one of the electric scooter brands in Spain, their team of 11 professionals are already working to secure the most efficient and sustainable service to the people of Seville.

Charlotte Serres, General Manager for an electric scooter brand launched in Spain and France stated that “[we] will contribute as much as it can  to realise the City Council’s project to reach the objectives of the Seville 2030 Strategic Plan to create a more people-centric city, along with [our] vision to create a 15 minute city everywhere we operate. Seville aims to be a city free from noise and with lower CO2 emissions thanks to the decrease in traffic from private cars.”

Marco Granelli, Milan council member for mobility also noticed the rise of electric scooter users, “We launched the first micromobility proposals in 2018, but the pandemic sped up this transition. In just a few months, we had the need to move to a more sustainable mobility.” Investing in micromobility seems to be the perfect solution for Milan to keep the city open for business.

Granelli continued “Milan will keep investing in micromobility. The city has already set aside €7.5 million ($9.1 million) for new bike lanes and €5.2 million ($6.3 million) to adopt more e-bikes and electric scooters [because there is a demand and] people are using them. Cameras filming one large road found that between 5,000 and 6,000 electric scooters and bikes passed by every day in November. That’s 20% of total traffic there, more than double the pre-Covid levels.”

The European Platform for Electric Mobility has identified electromobility as “crucial to Europe’s economic relaunch in the aftermath of COVID-19.” Europe knows the benefits of electric scooters to the point of seeing its possibility to create over one million jobs in vehicle and rail manufacturing, charging infrastructure deployment and supply chains such as batteries by 2030. Europe has seen how electric scooters can assist in recovering the economy.

Kersten Heineke, who leads the Center for Future Mobility for consulting firm McKinsey & Company, forecasted in pre-pandemic research that the global market of electric scooters might be worth between $300-500 billion in 10 years because public transit is not considered safe and not everybody has access to a private vehicle. Folks have opted more and more towards micromobility like electric scooters.”

Little by little, after research on electric scooters’ safety and benefits, awareness of electric scooters  is growing widely in many more countries. Which is why, several studies suggest that electric scooters will continue to become part of urban transportation even after the pandemic because of the additional stated benefits above. For one, the global electric scooter market is predicted to increase from USD 17,630 million in 2017 to a 12.8% CAGR by 2026.

Japanese Toyota Estima Сars — What Are Their Advantages