Ecotherapy: The Advantages And How Get One With Nature? 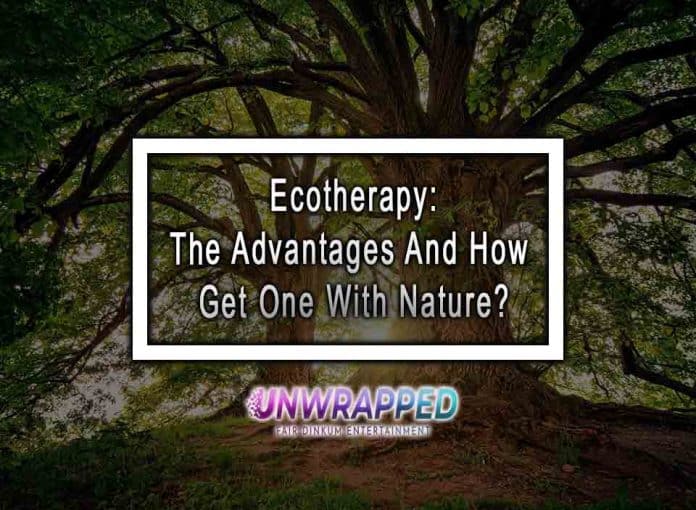 The rapid speed of many people’s everyday lives has an impact on their health, and they often need the assistance of nature.

Both tension and anxiety have become one of humanity’s deadliest adversaries. The daily routine, job, and the limited hours of sleep induce physical and mental exhaustion. It is recommended to use a natural, drug-free therapy for this. Ecotherapy is a fantastic alternative; learn about its advantages and how to get one with nature.

Ecotherapy What Does It Consist Of?

Ecotherapy, often known as earth-centered therapy or green treatment, comprises a variety of therapeutic techniques. These emphasize our status as members of a large living network, but that isn’t all. This treatment permits each individual’s psyche to interact with the surroundings.

Ecotherapy has been around for a long time, but it was only recently brought to the public’s attention. This is Theodore Roszac, as told in his book “The Voice of the Earth,” which was released in 1992. Howard Clinebell published a similar book called “Ecotherapy” four years later. The latter stressed personal development and healing via human engagement with the natural world.

Following the release of his book, Clinebell is credited with coining the term “ecotherapy.” This is because it strengthens the psychological relationship between nature and the human body.

Furthermore, ecotherapy is a viable alternative to psychotherapy and psychiatry. Remembering that preserving a connection between people and environment is essential and, above all, important. This is without ignoring all of science’s findings as well as indigenous peoples’ wisdom.

Green therapy has therefore evolved into a discipline that advances as a result of people’s interactions with nature. This is to an extent that is beyond what would typically occur. For sadness, anxiety, and stress, ecotherapy is a good therapeutic option. Why is it done in many health institutions today, and why do so many people want to know what ecotherapy is and what its advantages are?

To fully comprehend the advantages of ecotherapy, it is necessary to separate them into two categories. It’s all about the psychological and physical advantages.

BENEFITS AT THE MENTAL LEVEL

Ecotherapy has undeniably grown in popularity in recent years as a means of healing the human mind. Hugging a tree or just appreciating the forest may be very beneficial to mental health. The following are the most significant advantages in terms of mental health:

In general, the high levels of stress and anxiety brought on by a fast-paced lifestyle may contribute to negative thinking. If this goes on for a long period, it might all turn into a serious case of depression. Nature plays a vital role in this stage, assisting in the removal of these sorts of ideas by releasing the mind.

Similarly, taking a 90-minute stroll in a natural setting is recommended while practicing green therapy. Negative ideas are not only reduced, but also replaced with good ones in this manner. In addition, neuronal activity in the frontal brain is reduced, which is good for mental wellness.

Promotes The Development Of Creativity:

Forest bathing is one of the ecotherapy treatments that may be employed. It permits humans to have a healthy relationship with the natural world. This is done in order to free up a huge chunk of the mind and focus all of one’s attention on the present situation. It is feasible to do this by increasing focus to a higher degree and increasing inventiveness by up to 50%. This should be sufficient for locating the problem’s solution.

A pleasant stroll in the forest helps a person to keep their physical condition, but that is not all. It also acts as sustenance for cells, allowing them to work better. Furthermore, it improves memory by stimulating the hippocampus and improving cognitive abilities.

ADHD may be managed using ecotherapy, which involves engaging in activities that can be completed outside. This is because it aids in the reduction of attention deficit disorder symptoms.

The mental aspect of ecotherapy treatment is not the only one that benefits; physical performance is also improved. It is required to walk, jog, or run for at least 90 minutes to achieve this, since these exercises provide outstanding physical outcomes. It is possible to lower blood pressure, heart rate, and cortisol levels by doing this exercise in nature.

Similarly, engaging in physical activities in a natural setting improves sleep quality, decreases stress, and strengthens the immune system. As a consequence, ecotherapy provides excellent bodily and emotional effects. As if that weren’t enough, it also helps you to strengthen your relationship with nature.

Also See: Anxiety: Mindfulness Is A Strategy For Calming This?

Stay Connected
41,936FansLike
5,684FollowersFollow
865FollowersFollow
Previous article
Yoga For Back Pain: The 3 Best Exercises To Do At Home
Next article
Muscle Memory: What Does It Mean And They Real?

What Is Learned Helplessness?

Is It True That a Hot Bath Is Terrible For The...