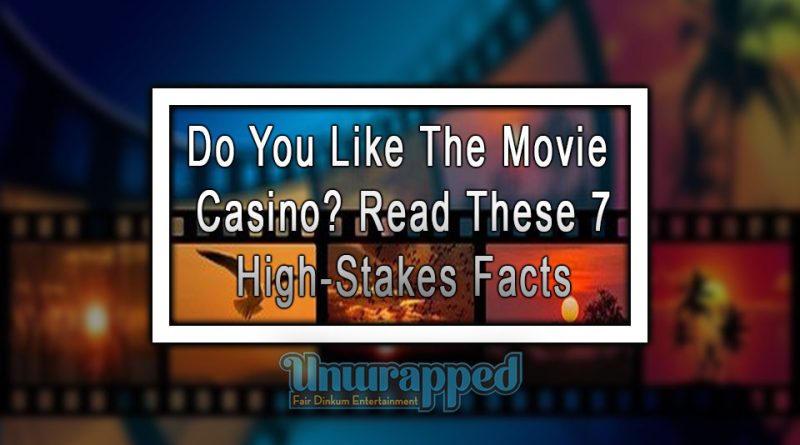 Gambling-themed movies have an undeniable charm of their own, especially for passionate players who enjoy watching casino-inspired stories on screen just as much as they like to wager. Gavin Harper is a talented blogger working for the prestigious TrueBlueCasinos platform who has compiled a list of the most popular gambling movies in history. Make sure to check out his list after you are done reading these 7 high-stakes facts about “Casino”, one of Martin Scorsese’s greatest blockbusters.

#1: “Casino” Was Shot In A Genuine, Fully-Functional Casino

Scorsese didn’t want to build a fake casino using props on his movie set. He was determined to shoot everything in a real, brick-and-mortar casino to capture the authentic atmosphere inside a Vegas casino. To do this, he talked to the managers responsible for the famous Riviera casino in Sin City. They worked out a deal that would allow him to shoot there for a month and a half. His filming schedule included 4 nights of shooting per week, ten hours a day, starting at midnight, in an attempt to avoid high-peak hours inside the casino.

Scorsese was only given a small corner of the casino to shoot on film. However, genuine gambling was still taking place in the background and can be seen in the movie, which makes it even more interesting. The director also decided to add even more authenticity and save precious time by relying on real casino dealers whenever he could, to shoot his scenes.

#2: The Movie Was Inspired By A Big Robert De Niro Fan

“Casino” revolves around Sam “Ace” Rothstein, a character inspired by Frank “Lefty” Rosenthal, a retiree Floridian that writer Nicholas Pileggi wanted to base his new book on. While Rosenthal did not actively stop the project from happening, he did not express any real interest in giving a hand either. That is until be learned that none other than Martin Scorsese was planning on turning Pileggi’s book into a movie with Robert De Niro as a starring actor. Since Frank was a big De Niro fan, he asked Pileggi to arrange for him to meet with the actor. Soon after the big meeting occurred, his old associates stopped being reticent and started to cooperate with Pileggi.

#3: Joe Pesci Resembled Tony Spolotro So Much That Some Of The Casino Pit Bosses Were Terrified

Joe Pesci brilliantly played the role of Nicky Spilotro, a violent psychopath whose main job was to bust heads for Ace. However, his irrefutable talent was not the only thing that made him stand out on the set. Pesci also bore a natural resemblance to the real Spilotro who inspired his character. When covered in make-up, the resemblance became so uncanny that many of the pit bosses inside the casino almost lost consciousness, thinking the real Spilotro they had conflicts with had entered the venue.

#4: “Casino” Was Shot Because Scorsese Decided Not To Make “Clockers”

“Casino” was shot only because Martin Scorsese found an opening in his busy schedule. The opening was the result of Scorsese canceling the adaptation of the “Clocks” novel by Richard Price. Scorsese decided to hand over the adaptation to Spike Lee, while he would only be responsible for producing the movie. As a result, Scorsese was able to use his genius and dedicate his time and attention to making the “Casino” masterpiece.

#5: Joe Pesci Broke One Of His Ribs While Shooting The Final Scene

While filming Nicky’s final scene during which the character was being beaten with a real baseball bat, Joe Pesci actually broke one of his ribs. The said rib had been broken a decade and a half ago by none other than Robert De Niro while shooting for “Raging Bull”. Talk about bad luck!

Sharon Stone played the role of Ginger McKenna, a showgirl/model inspired by a real-life character. In her Blu-ray commentary, the actress revealed that her first two auditions were canceled for the most random reasons. Accordingly, she thought that the director was actually trying to blow her off. Luckily, Scorsese was a firm believer in the “third time’s a charm” idea, so he decided to get in touch with her once again. However, Stone had already decided to turn down his invitation. She attended a dinner meeting with one of her friends instead. Scorsese wanted Stone to be in his movie so badly that he tracked her down to the restaurant and personally asked her to show up for the audition.

#7: Scorsese Believes “Casino” Has No Plot

During a surprising interview of the “Casino” Blu-ray, Scorsese said the 3-hour long movie has no plot. In spite of all the captivating action unfolding on the big screen, the director does not consider the movie to have an actual plot that can be followed.

Now that you know so many interesting facts about one of the best gambling-themed movies of all time, go ahead and add it to your “to watch” list. We guarantee you won’t regret it. 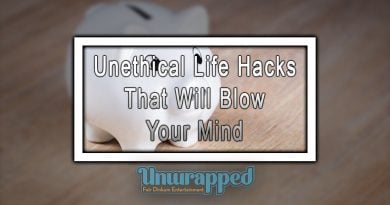 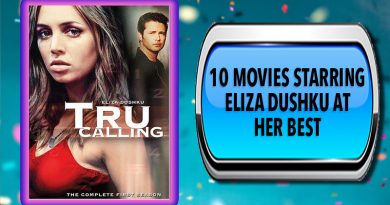