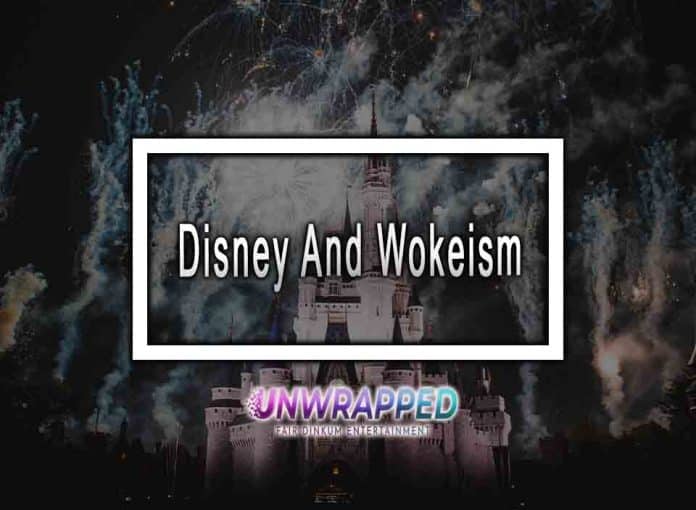 We’ve seen countless companies and titans of industry fall into the trap of wokeism. As they continue to pander to the new-age crowds, it’s stemmed a chain of changes to a decades-long company like Disney. Founded on American values that welcome every person, many traditional Americans are now seeing the company pivot towards a woke perspective.

In a way, it’s a woke world after all as the company starts implementing “progressive” changes to its business operations. Whether it’s a good thing or a bad move will depend on the individual. However, we should still be wary of how companies can use the woke approach for their marketing schemes in a shallow attempt to attract younger and more socially-minded customers.

Let’s go through some of the more recent cases of Disney and Wokeism. From there, you can decide for yourself if they mean what they say or just want a bigger payday.

Keep Reading:  The Most Woke Celebrities

Wokeness In The Magical Kingdom of Disney

Although the company has held a fantastic reputation for being the best place to entertain kids and families alike, certain activists feel like the current iteration of the Disney company hasn’t done enough to embrace certain cultural ideas. This involves the inclusion of LGBT main characters in their stories which is a reasonable request that should be considered.

However, when you look at things from a business perspective, the narrative shifts to one of hypocrisy and shady dealings. Disney is an international brand that claims to work toward the social acceptance of the LGBT in today’s world. This occurs even though the company is known to work with countries that are vehemently anti-LGBT. Doesn’t this seem odd or even goofy to people looking at the bigger picture?

It’s this sort of woke advertising that harms both straight and LGBT individuals alike as both sides are conned into supporting another multimillion-dollar company. Seeing companies don the rainbow flag while still operating in places with anti-LGBT legislature enacted is only possible in our world today. When will these companies be held accountable for their actions without it all fizzling out in the next month or so?

Disney: A Company That Only Sides With Themselves

The truth is that the company only cares about diversity to the extent that it helps its business adapt to changing social views. At its core, the Disney Corporation and its woke endeavours are just a facade that lies to both conservatives and liberals alike. Looking into the future, it’s reasonable to expect more contradictions from the company as they chase the biggest paycheck they can cash out for themselves.

They’ve been in support of anti-LGBT politicians that drafted the “Parental Rights In Education” bill while being in public opposition to it. They’ve pledged support for the LGBT community while being an active obstacle for laws addressing social issues to be enacted. If Disney wants to continue being a competitive company, maybe they should do away with all these hypocrisies and deal with their problems instead

Not to Miss: Woke Celebrities That Just Love to Preach