Discover 5 Facts About This Sense of The Body 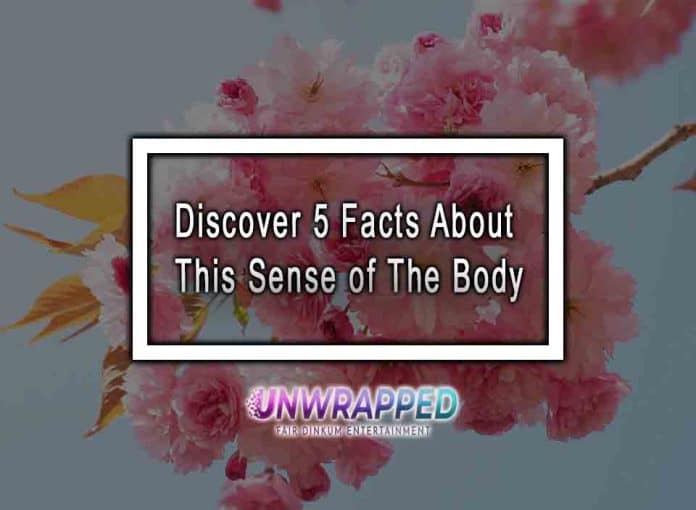 One of the human body’s senses, smell is one that is not often given the priority it deserves, despite the fact that it is essential to a high quality of life.

After all, it’s a privilege to enjoy the aroma of a delicious meal, beautiful flowers, and even healthy breathing.

We’ve broken down some fascinating information about smell that will demonstrate to you that a scent may have more of an impact than you would think it does.

The importance of smell

No Two People Smell The Same

When a person isn’t using perfume or a deodorant with a particularly strong active ingredient, their natural stench is more readily discernible.

The neck is one of the areas on the body where one can most readily detect this distinct odour. It is also much simpler to detect that odour when it is chilly outside and individuals are wearing covers when they sleep.

This one-of-a-kind scent emanates from the body as a result of the creation of certain hormones in addition to other components. In point of fact, this is the reason why people who suffer from hormonal issues, particularly adolescents, have a tendency to modify their own smell.

Olfactory Memory is a Reality

In many works of art, an attempt is made to engage the sense of smell by having a character recall a significant event or person after coming into touch with a particular odour.

However, it is not just a resource for feelings; one’s memories might also be triggered by smelling something.

For instance, there are a lot of individuals who, when they smell a specific scent, are reminded of their childhood house because it was cleaned with a cleaning solution that had a fragrance that was similar to the one they are remembering.

There are also situations of people who decide to quit wearing a certain perfume because an ex-boyfriend or girlfriend used it, and the smell of the perfume brings back memories of the relationship.

The Relationship Between Babies and The Mother is Based, Among Other Things, On The Smell

When a newborn is initially brought into the world, the first sense that he uses to connect with his mother is scent, and this process takes place during the first week of a baby’s existence.

What Makes Us Appreciate Food is Our Sense of Smell

The sense of smell plays a significant part in this process, even if taste buds are highly vital for humans to be able to experience and enjoy the flavor of everything.

Because of this, people who have the flu and have a stuffy nose have a hard time tasting things and even lose their appetite when they are ill. This is one of the reasons why they find it difficult to eat.

Cosmetics Have a Special Scent on Each Person

This is a typical occurrence that is caused by the glands that are present in each individual’s body and has been experienced by a large number of individuals who have tried to use another person’s scent and found that it did not provide the same effect.

Because of this, the same fragrance might produce a more sugary scent when applied to one person, while giving off a more woodsy undertone when applied to another person.

It is usually best practice to test a little amount of the perfume or cream on the inside of the wrist in order to have an accurate idea of how it will appear on each individual.

Also see: Homeopathy | Find Out How It Works and Where It’s Applied

Stay Connected
41,936FansLike
5,681FollowersFollow
816FollowersFollow
Previous article
Homeopathy | Find Out How It Works and Where It’s Applied
Next article
Learn Everything About Acupuncture and Its Health Advantages.

Top 5 Things to Consider in a Gym Locker Room

The Convenience of Shopping for Skin and Hair Care Online