Differences Or Similarities Between Stoicism And Spirituality 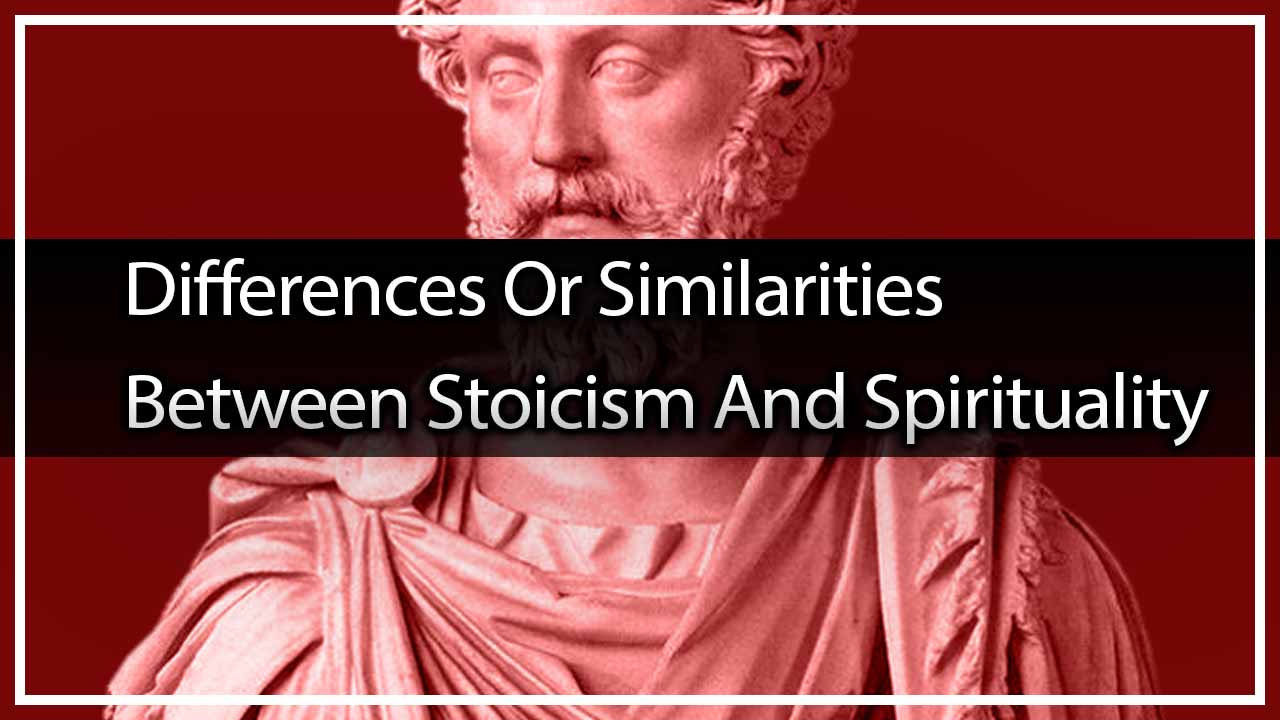 Stoicism And Spirituality What’s the Difference

Stoicism is the philosophical doctrine that practised the control of the passions that disturb life using virtue and reason. As such, its object was to achieve happiness and wisdom regardless of comforts, material goods, and fortune.

Spiritualism is an idealistic doctrine according to which the spirit dominates nature. Spiritualists consider the soul, the spirit, as the only substance, while the body would only be the product of the soul. The adherents of spiritualism openly acknowledge that they have nothing in common with science. As idealists, they deny that matter exists objectively, independently of consciousness; they repudiate knowledge of the matter and substitute belief in spirits for it.

Now that we’ve somewhat explained the concepts of Spiritualism and Stoicism, we can draw from it the similarities and differences that exist.

Differences between Spirituality and Stoicism

Acceptance is not the way spiritualists are passively satisfied with what’s present. For them, acceptance is a conscious choice to give up all forms of resistance to what has come at this moment. Acceptance is not about liking something. It’s about letting life flow and unfold. You mustn’t stand in the way of anything and resist what’s coming. Instead of focusing on the past or the future, spiritualists open themselves to what is true at the moment. This absence of „resistance” allows them to learn and strengthen their ability to function in this world.

For spiritualists, acceptance means trusting oneself that one will ascend at the first given opportunity. They are open to everything in life that comes their way.

Stoic acceptance means accepting things that are beyond their control. People often think about the future or the past. The Stoics always remain in the present. They accept everything that is out of their hands. Unlike spiritualists, they fight against things they can control.

They always expect things to go wrong in the outer and inner worlds. But Stoics are always able to accept the difficulties and move forward.

Must Read: 5 Stoic Philosophy That Leads You to Live a Happy and Peaceful Life

For spiritualists, faith is a belief that isn’t based on real evidence. The practice of faith for them includes faith in a power outside oneself, along with a conscious relationship with that “higher” force.

In spiritualism, faith doesn’t need to have anything to do with popular conceptions of God or any connection to organized religion. Spiritualists say that in addition to courage, you also need faith to go through what you are afraid of, and the greatest faith comes from consciously going through those situations that you are most afraid of.

Practising faith for spiritualists means giving up the need to control people and situations, believing that things will eventually turn out the way they should (even though they may be different from the way you want them to be).

Although there were religious aspects in Stoic practice, ancient Stoicism was a philosophy, not a religion. There was no hierarchy of leadership based on religion, nor a named authority, a place of worship, or a holy book. The Stoic God, as the very essence of Nature, was conceived and reached through the naturalistic and rational framework that formed the basis of the ethical virtue of the Stoics. This provided Stoics with an explanation for studying the natural world and the wider cosmos, including celestial bodies (often called gods).

The ancient Stoics believed that there was nothing outside of Nature. In other words, the ancient Stoic’s understanding of the universe, including God and faith, was entirely based on natural phenomena that can be scientifically explored.

According to all this, Stoicism is not a call to faith, not even a call to faith in science. Instead, it’s a commitment to the observations we need to seek harmony with the universe and within ourselves.

To Enjoy: 5 Ways To Control Your Anger

Similarities between Spirituality and Stoicism

Stoicism teaches us to be altruistic and to act in the service of others without any desire for personal gain, recognition, or praise. Stoics do this naturally because they are designed so by nature. They believe that it is the man’s role to serve the species in which he was born.

Duty for them means the responsibility to contribute to the greater good. This responsibility helps them respond to difficult people with understanding. Although we can often be tempted to avoid such individuals, stoicism reminds us that it is against our nature. We need to find ways to work with them.

Marcus Aurelius tells us that we should give others as a vine gives grapes or a bee gives honey. That is, we should serve other people without seeking their admiration or compassion. The reward is deeper than such inconsequential applause.

For Spiritualists, spiritual qualities such as compassion and justice are often directly related to community-building work. They advocate compassion and charity for others. Demonstrating tolerance and acceptance without expecting reciprocal feelings or gratitude. This coincides with the Stoic view of service.

The principle of optimism

When it comes to the optimistic and pessimistic attitudes of the Stoics, it is necessary to notice that there is a difference in the attitudes of Stoic philosophy as a whole and the personal-psychological attitude of individual philosophers.

You might think that Stoics act as if they see trouble all around them as if the whole cosmos is there to disturb their well-being. But the Stoics are not trapped in their tiny philosophical boxes that are not influenced by the world. A Stoic is not someone who simply disregards and suffers.

Stoics are optimistic because they are satisfied with their thoughts and their place in the world. And no matter how often life ups and downs, they will always be able to control it.

Spiritualists, as well as Stoics, view optimism as a proactive state of mind. According to them, many of the outcomes we are looking for are in our hands.

Spiritualists optimistically find value in beliefs that others reject. Generally speaking, spiritualism is optimistic because it understands that the world is more than a material universe.

Both stoicism and spirituality speak of good and bad things. Both concepts distinguish wisdom, justice, courage, and self-discipline against bad things. With both strong stoicism and practiced spiritualism, every individual will become emotionally strong. They share some common views on the goals and aspirations of man but often have different answers. Although the differences used to be deeper, in the modern age they are getting closer and closer to the same path.

Don’t Miss: Why Stoicism Promotes Living According to Nature