10 Significant Differences Between Buddhism And Stoicism 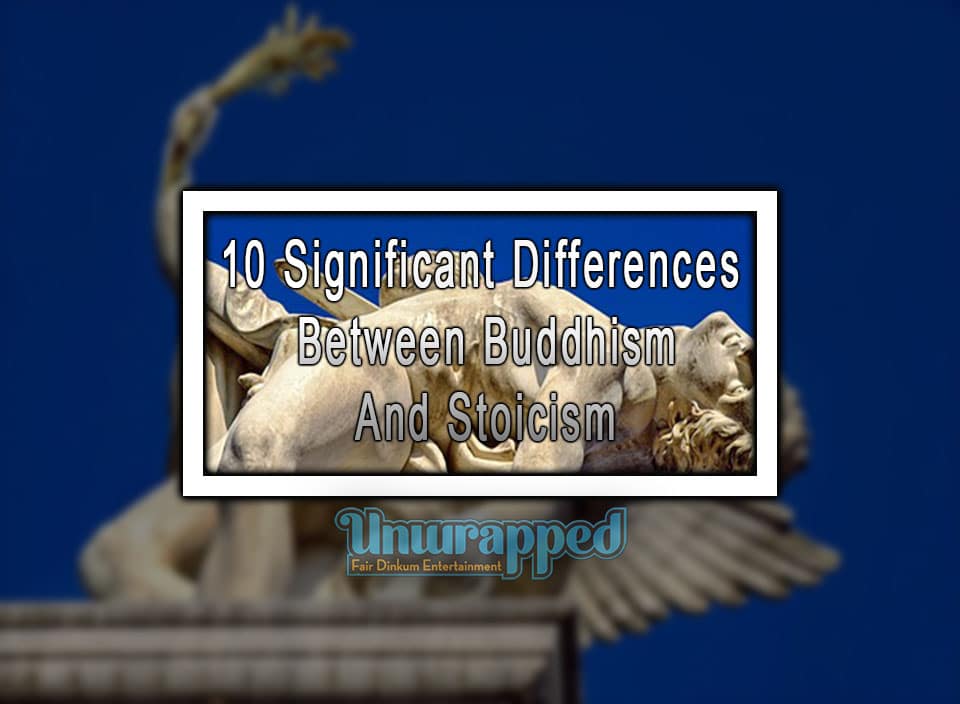 Interest in Buddhism often goes hand in hand with an interest in exploring the parallels and relationships between the Buddha’s teachings and some of the Western philosophical and spiritual traditions. One of these is, without a doubt, Stoicism.

This philosophical school was born a century and a half after the Buddha, but together with Buddhism, it belongs to the same period of human history.

Today, we’ll talk about some of the differences that exist, which have arisen from different parts of the world where these two practices originated, different goals, and different perceptions.

Buddhism is a religion that is followed today by about 500 million people worldwide. Its name comes from the word bodhi, which means “to be awake”. It originated about 2500 years ago, when an Indian prince named Siddhattha Gotama, better known as the Buddha, awoke at the age of 35 to the reality of life.

Stoicism is an ancient philosophy popular from the 4th to the 2nd century BC, in particular among the educated elite of ancient Greece and the Roman Empire. The founder of the school was Zeno. He emphasizes the meaning of returning to nature and shrinking from social activities in a specific way.

2. The View On Reincarnation

Like other Indian religions, Buddhism affirms rebirth or reincarnation. The mental continuity of an individual, with his instincts, talents, and so on, comes from past lives and will continue in future lives. Depending on one’s actions and the propensities accumulated by them, an individual can be reborn in any form of life within a wide variety, be they better or worse: human, animal, insect, and even as a ghost and other invisible states.

Stoics don’t believe in the survival of the soul after death. For Stoic Philosophy, the idea of accepting death as a natural event that cannot be escaped is fundamental because it reaches everyone, some sooner, others later, likewise the absurdity of anguish over death stands out.

Also See: What Is The Definition Of Stoicism? How Can It Help Me

Asceticism is a spiritual practice related to the physical body and deprivation of something or enduring some kind of physical discipline. Stoicism is known for practising abstinence from material things and practising mental exercises to strengthen both body and mind.

In Buddhism, equanimity is considered to be one of the four sublime attitudes. According to Buddhists, it’s a way to achieve mindfulness, wisdom, and life balance.

5. The View On Happiness

For the Stoics, happiness as a goal stems from the joy of perfection on the path itself, while for classical Buddhism the path leads to the ultimate happiness of Nirvana or Buddhahood. The Buddha made it very clear in his famous saying about the raft that one who has achieved a goal no longer needs a path.

One of the main differences between Stoicism and Buddhism is that Buddhists don’t believe in the soul (psyche) or the universal principle of reasoning (logos) or God, held by classical and medieval Stoics.

Buddhism as a religion has survived to this day and has over 500 million followers. One of the reasons is that it preaches a universally applicable philosophy, as well as that it has organized institutions and monasteries where people can learn and practice Buddhism.

On the other hand, Stoicism as a philosophy doesn’t have a school where the practice itself is performed. Today, people mostly inform themselves about Stoicism online and build a network through a couple of Internet Stoic organizations where they can get a better insight into the philosophy of Stoicism.

9. Withdrawal From The Self

Buddhism is thought of as withdrawal from the self. It leaves room for experience. Now, what happens when the ego is no longer at the centre?

Stoicism is a philosophy that invites us to “lock ourselves in our garden”. These are thoughts of withdrawal from the world. On the contrary, Buddhism is a thought open to the world, to the experience of the world.

In Stoicism, ethics is a part of the organic system that it helps to form in dynamic interaction with logic and physics, in which it’s inextricably involved.

In contrast, in Buddhism, morality (sila) is only part of the path, in constant interaction with concentration, samadhi, and wisdom, prajna. Training in an ethical discipline (adhisilasiksa) is inseparable from meditation training (samadhisiksa) and training in supreme knowledge (prajansiksa). These three workouts are practised together and are linked over time.

Having pointed out the differences between Buddhism and Stoicism, we can conclude that these two philosophies have a similar core of preaching, similar principles, and moral values. What divides them are some ideas that are inherent in the area in which they originated, as well as the later development of practice over time.

All in all, both Buddhism and Stoicism have survived and adapted to the modern world and continue to exist and be practised around the world.

Also See: 5 Reasons Why Is Stoicism An Excellent Philosophy To Live By