Skip to content
You are here:Home / Decriminalization of Drugs Could Save Australia Money and Help the Most Vulnerable 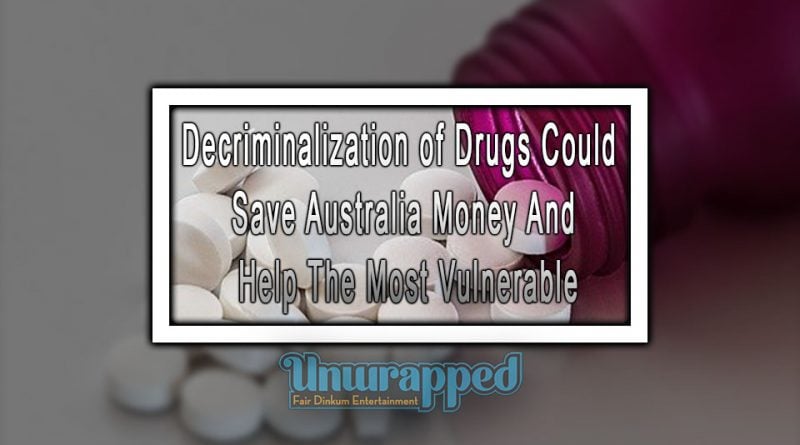 Nothing is set in stone in this world. Our concepts, norms and values keep changing over time as conditions change. Societies are a dynamic organism and therefore they keep evolving over time. This is the nature of society and this nature dictates our laws and customs.

There are certain things that are universally recognised as either good or bad. For instance if a person kills another in cold blood, that is plain murder and punishable under the law of any land. There are however things that are not so clear when it comes to legislation. Drugs are one of those things that sit in that grey area between right and wrong.

Generally speaking recreational drugs are illegal in most of the countries, this however is not set in stone. This is one of those laws that depends more on traditions and customs. Which is why there is now a paradigm shift occurring to decriminalise drugs. It turns out that the decision to criminalise the drugs was based on our understanding of the past, when our collective wisdom dictated that recreational drugs should be banned.

New research and studies have shed light on the medicinal benefits of recreational drugs and there is now a shift in our collective wisdom. That which was previously seen as harmful, is now being seen as beneficial.

It now seems that the reason for criminalising recreational drugs like Cannabis in the past was the fact that they induced a state of being high and caused addiction, whereas the reason for legalising them now is that they have apparently got medicinal properties that can be used to benefit people with certain ailments.

The question here is, what dictates our decision making? Arbitrary notions of right and wrong or factual understanding of any matter? Have we realised that for all of these years that these drugs were criminalized, so many people could have been treated. Yet so many people must have been criminalised during this time, whose sole aim would have been to take these drugs as a way of helping them get through conditions such as chronic depression and anxiety, of which medicinal cannabis is now being prescribed as a cure.

Consider the case of a teenager diagnosed with a condition that can only be cured with cannabis or any of the cannabis based medicines, also assume that cannabis use and possession are criminal offences. What should that teenager do? If that teenager or his/her parents use the black market to purchase cannabis to treat the condition, then in the eyes of the law they are criminals for simply trying to cure an ailment. If they do not do anything, should they watch the teenger suffer?

This is the dilemma that is facing hundreds of people not just in Australia but also in other countries where drugs with healing properties like that of Cannabis are banned for all but medicinal uses. Decriminalization of drugs can help countless people, who are suffering from debilitating conditions. The legislators need to think about these vulnerable people as well.

The figure shown above shows that Australia has one of the highest uses of Cannabis, almost 60% of arrests pertaining to illicit drug usage in Australia are for Cannabis use. Legalising cannabis for not only medicinal use but also recreational use can not only diver the law enforcement resources to other more harmful drugs but it can also help the government focus on more important priorities.

How Can Australia Save Money?

Each year, Australia spends a huge sum of money from the budget to police banned drugs. According to estimates, Australia spends roughly $1.1 billion on policing drugs every year. If certain drugs like Cannabis, that have been proven to have medicinal benefits can be legalised then a substantial portion of this budget can be saved.

Look at this in terms of opportunity cost. Every dollar that is spent on policing drugs like cannabis, can be redirected to areas that need more focus such as public education, public health and awareness of cannabis and its usage, to prevent addiction.

A considerable amount of money is used in tracking these banned substances, catching and prosecuting the offenders and etc. If drugs like Cannabis are legalised, this whole cost can be saved.

Also See: 20 Different Products That Can Be Made From Hemp And Cannabis

Decriminalising drugs like cannabis seems to be the most reasonable way ahead. People however have a very valid concern that will this decriminalisation result in the black market suppliers becoming more powerful, reaping more profits due to the increased demand?

Levy a tax on legalised cannabis, so that it can also generate revenue for the government just like alcohol and tobacco. The government must, however, regulate the supply chains and make the drug available through government regulated stores and shops. Doing this will drive the black market smugglers out of business. Such smugglers should be shown no mercy as they have wasted countless lives. These smugglers are the primary reason most of the teenagers get into harmful addictions. Thus, legalising cannabis will firstly create a legal supply chain and when the users of these drugs find such drugs available publicly, they will no longer buy from the black market.

Secondly, another major impact of decriminalizing the drugs will be on youth and adult addicts who are in need of medical and psychological help but afraid of reaching out because of this stigma that is attached to drug abuse and addiction. A lot of such people simply do not reach out because they are afraid of the consequences that they may have to face. Legalising such drugs and then starting a campaign to create awareness and educate the masses on the uses of such drugs will encourage individuals with drug addiction to come forth for help.

Legalising medicinal cannabis was the first step and it is good to see that this step was taken but to a very large extent this step is still there on paper. The barriers to getting a license and setting up a company in the medicinal cannabis sector are too great, furthermore there is a dire lack of infrastructure at the moment to support quick growth. There is a need to democratize access to cannabis and the next step for this should be legalising cannabis for both medicinal and recreational use and then regulating it just like alcohol and tobacco.

Also See: 10 Important Things to Consider before Approaching for a Business Loan

Are Cann Group a Good or Risky Investment? The Next Bitcoin Will Likely be Cannabis and CBD 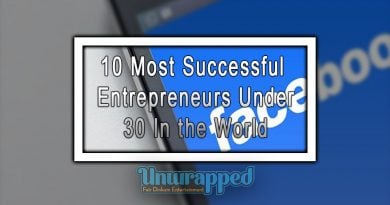 Is Becoming A Freelancer A Worthwhile Side Hustle?

I am in Debt Help Please What do I Do