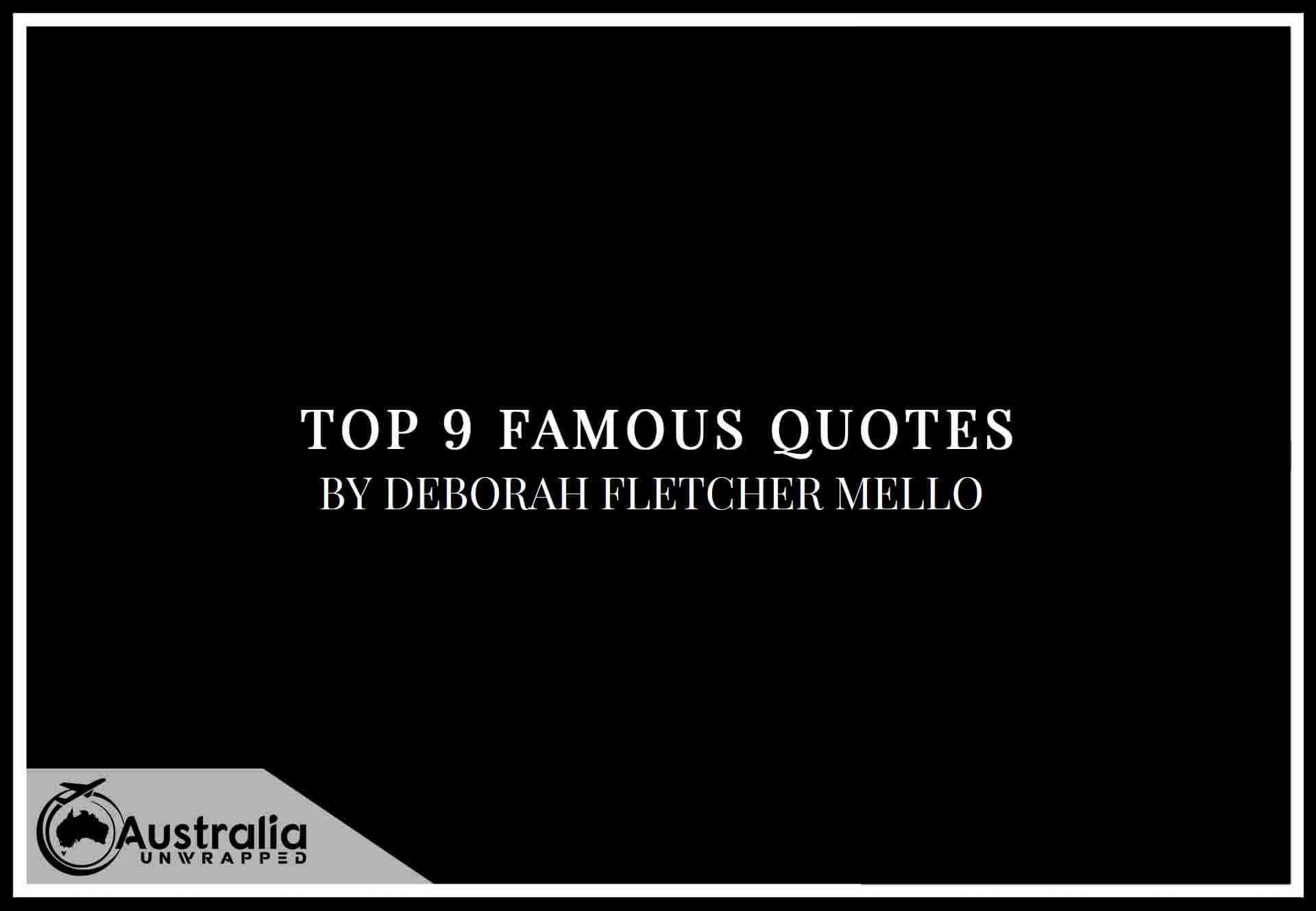 Deborah Fletcher Mello considers writing as essential to her existence as breathing, and she believes that without writing, she would cease to exist. For her first novel, TAKE ME TO HEART, she won a 2004 Romance Slam Jam award. Deborah was nominated for Book of the Year and Favorite Heroine awards for her novel THE RIGHT SIDE OF LOVE in 2005, and for TAME A WILD STALLION in 2008, she won the Romantic Times Reviewers Choice Award for Best Series Romance.

A true renaissance woman, Deborah has worked as a retail buyer and size model for a national women’s clothing chain, a finance manager for a well-known beverage organization, a sales manager for an infamous candy company, a telecommunications administrator and corporate trainer for a hotel-owning company, a gallery director for a world-renowned artist, and an administrative consultant for numerous organizations nationwide. She is also a licensed real estate broker and general contractor.

She maintains her base camp in North Carolina, but considers herself at home wherever she is at the moment.

More from the Author: https://amzn.to/3KlztJk

“breath. “Tarah, under normal circumstances I would get down on one knee to do this,” he said, eliciting a few nervous chuckles from the crowd. “But since that’s obviously not an option for me…” He paused, tossing a quick glance over his shoulder. When he did, all the men in their two families dropped down to one knee for him. Tarah”
― Deborah Fletcher Mello, A Stallion’s Touch

“He wasn’t moved by the profanity-laced diatribe, and he saw no reason to reply in kind. He himself didn’t cuss, his older brother Noah having told them time and time again that a man who needed to punctuate his point with obscenities really didn’t have a point to make.”
― Deborah Fletcher Mello, A Stallion’s Touch

“Did you play any sports?” Malcolm questioned as he took a bite of his salad. “Cheerleading!” “That’s not a sport!” he said with a laugh. “You wish!”
― Deborah Fletcher Mello, Playing For Keeps

“Then I made the cardinal mistake of showing and telling him and her how I felt. That pushed them closer together.”
― Deborah Fletcher Mello, Playing For Keeps

“Of her six kids she’d buried all of her sons, the five young men having succumbed to the streets of Baltimore.”
― Deborah Fletcher Mello, Playing For Keeps

“There is a wise saying that says those who forget their mistakes are doomed to repeat them.”
― Deborah Fletcher Mello, Playing For Keeps

“Once upon a time there was a king and queen who thought they were sneaky.”
― Deborah Fletcher Mello, Playing For Keeps

“the woman he would grow old and cranky with.”
― Deborah Fletcher Mello, Playing For Keeps

More from the Author: https://amzn.to/3KlztJk