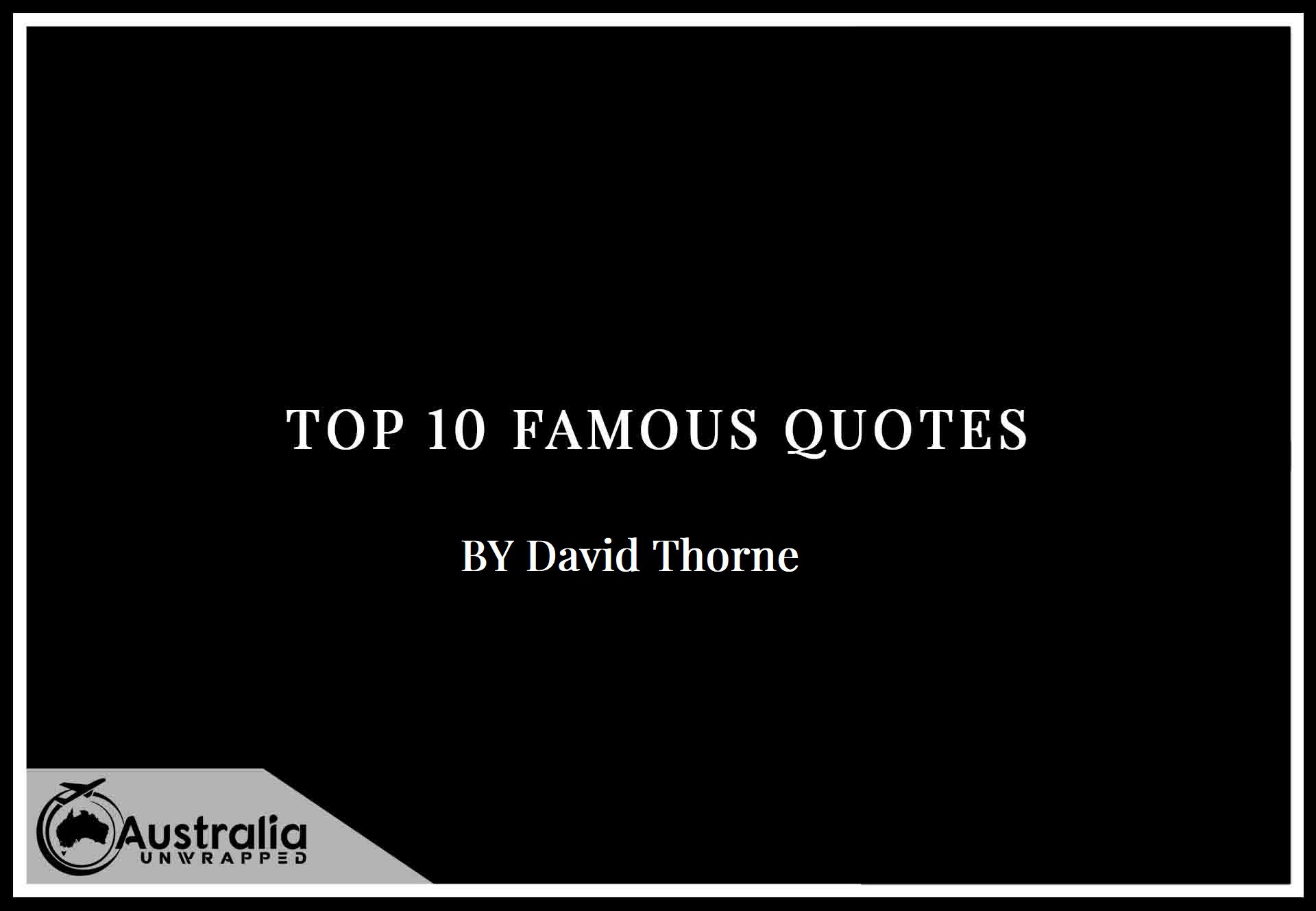 David Thorne, a writer whom I am guessing you love? Here are our 10 best David Thorne quotes for you to enjoy. At Australia Unwrapped we believe every book has at least one quotable line, and our mission is to find them all. Here you will find David Thorne’s top 10 popular and famous quotes. Like every good writer David Thorne made a number of memorable quotes, here are some of our favorites:

He is an Australian humourist, satirist, Internet personality, and New York Times best-selling author. He has appeared on the BBC, The Late Show with David Letterman, The Ellen DeGeneres Show, and Late Night with Conan O’Brien. In late 2008, Thorne gained public attention with an email exchange in which he drew a seven-legged spider to pay an overdue bill. In a matter of days, the exchange spread virally via email and social networking sites, resulting in a surge of visitors to his 27b/6 website (27bslash6). A collection of Thorne’s humorous emails and articles can be found on 27b/6. A collection of these essays and others appear in Thorne’s book, The Internet is a Playground. On 28 April 2011, Penguin Group published the book, which debuted at number four on The New York Times Best Sellers list.

More from the Author: https://amzn.to/3B0alEV

“It is not necessary to attempt a resolution when it is self-resolving.”
― David Thorne, I’ll Go Home Then, It’s Warm and Has Chairs. The Unpublished Emails.

“In my country, terawatt globes are reserved for police helicopter chases and warning sailors of hazardous shoals. This is despite the fact that practically every living creature there can kill you in under three minutes. Our primary spoken language is screaming.”
― David Thorne

“The four seasons in Australia consist of “fuck it’s hot,” “Can you believe how fucking hot it is?”, “I won’t be in today because it is too fucking hot” and “Yes, the dinner plate size spiders come inside to escape from the heat. That is a fucking whopper though.”
― David Thorne, I’ll Go Home Then, It’s Warm and Has Chairs. The Unpublished Emails.

“Opinions are like nipples, everybody has one. Some have firm points, others are barely discernible through layers, and some are displayed at every opportunity regardless of whether the audience has stated “I am interested in your nipples” or not.”
― David Thorne, The Internet is a Playground

“I understand the need for conformity. Without a concise set of rules to follow we would probably all have to resort to common sense. Discipline is the key to conformity, and it is important that we learn not to question authority at an early age.”
― David Thorne

“I was taught never to make a threat unless you are prepared to carry it out, and I am not a fan of carrying anything. Even watching other people carrying things makes me uncomfortable. Mainly because of the possibility they may ask me to help.”
― David Thorne

“I would have assumed you understood, despite our vague suggestions otherwise, we do not welcome constructive criticism.”
― David Thorne

“I do not own any camping gear, but this is not a problem, as I have watched every season of Survivor.”
― David Thorne, The Internet is a Playground: Irreverent Correspondences of an Evil Online Genius

“Without a concise set of rules to follow we would probably all have to resort to common sense.”
― David Thorne

Quotes for all, here you found our selection of 10 David Thorne quotes. Make sure you help by commenting your best David Thorne quote below and sharing our favorite authors so we can look them up, read some of their works and give you the best quotes we can find. We hope you enjoyed our top 10 quotes by David Thorne. However, feel free to comment below if you disagree or would like to include some other great and memorable David Thorne quotes in our list.

“Instead of finding myself in the future, I traveled about fifty metres along the sidewalk at 200mph before finding myself in a bush. When asked by the nurse filling out the hospital accident reports ‘Cause of accident?’ I stated, ‘time travel attempt’ but she wrote down ‘stupidity’.”
― David Thorne, I’ll Go Home Then, It’s Warm and Has Chairs. The Unpublished Emails.

More from the Author: https://amzn.to/3B0alEV