Culture, Society and Identity War of 2023 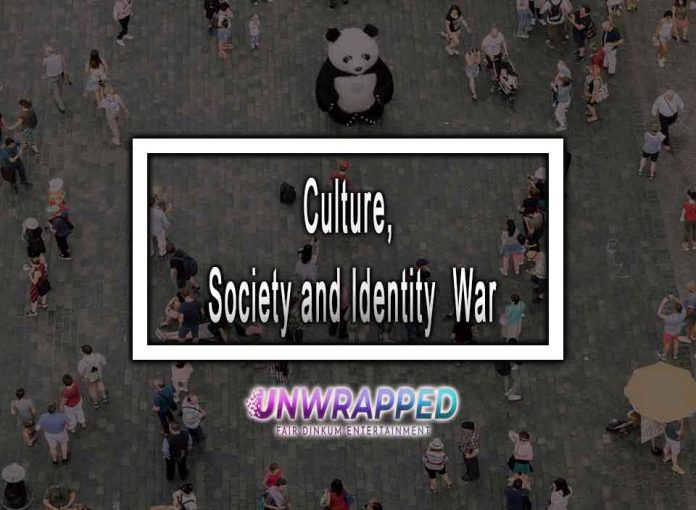 Culture is the Secret to a Harmonious Society

We live in peaceful times – for the most part.

There aren’t any real conflicts in the West. And so far, we’ve witnessed a massive “boom” in human achievement…

The past few decades have given us peace, ease of life – and technology.

They’ve got issues with poverty, disease – and social instability.

As an example, look at most African countries. You often hear about “civil wars/famine/viruses” sprouting up there…

Or how about the Middle East – and the religious conflicts going on there?

As You Can See…

That’s unlike 1st world countries, which get better by the day.

But why is that? Why do certain countries fall behind and collapse, while others prosper to no end?

The answer to that is “culture.”

In other words, culture is a society’s history. It’s a society’s “evolution” throughout time, and what it offers the world.

It’s what helps us create our “identities” – or sense of belonging.

We all want to belong to great achievements.

We all feel the need to tie ourselves to “great achievements” or “important missions.”

And that’s what culture provides. It gives people roots to a history that reaches far beyond their lifespans.

What’s That Got to Do With “Social Instability”?

Ask yourself – how do great conflicts start?

They start when someone’s identity gets threatened. From there, mistrust sprouts, spilling over to wars…

And how do identities form? They form through culture.

Lack of culture leads to conflict. But the same also occurs when there’s too much for it.

At the extreme-left, you’ve got the incineration of traditional values.

At the extreme right, you have “hyper-diligence” to a specific culture – often to the point of intolerance.

Both extremes are unhealthy, and they lead to conflict.

From the extreme-left viewpoint, all traditional values are meaningless. All identities are attempts at superiority.

They seek to eradicate culture. This leads to a society of people that are “baseless and mundane.”

It leads to nihilism.

And what happens when people are too baseless and hopeless? They seek conflict for sport – as a way to distract themselves.

From the extreme-right viewpoint, only 1 culture should exist – and all else is corrupt and damned.

People of those types are described as bigots, or ideological extremists. They’re often unable to accept others or what’s different…

Any critique or remark is a threat to their identity.

Culture matters – but so does its diversity.

This is the key to a harmonious society. We all need a tie to our roots and history. But that doesn’t mean that one is superior to the other…

That doesn’t mean that there should be a “single culture” ruling all.

That balance is what makes 1st world countries successful.

It’s what makes 1st world countries a bastion of peace. After all, “every cultural expression” is allowed there.

We have freedom of speech and belief that shape our societies above all else.

It’s kind of a “super-culture” – one that accepts all, without discrimination.

Don’t go to the extreme of thinking all identities are useless. Nor should you go to the other of hyper-diligence.

Stick to your roots, but accept the right of others to do the same. I hope you got all the necessary details in this article. If you want to know more then checkout our previous articles.

Here are the Sights of a 30-Minute City -Malcolm Turnbull