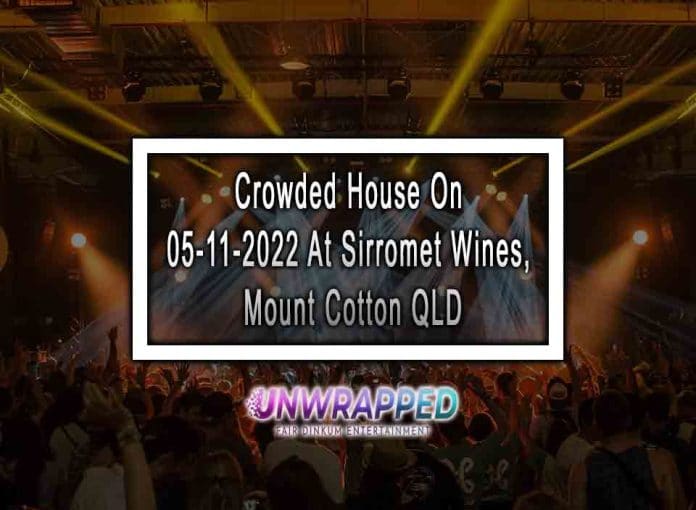 The Australian band Crowded House has added seven additional dates to their Dreamers Are Waiting Tour 2022. On Saturday, 5 Nov, they’ll perform at the well-liked wine and music event alongside The Teskey Brothers and The Waifs. The next tour, which follows a successful series of performances in vocalist Neil Finn’s home New Zealand earlier this year, will mark the band’s third Australian tour.

For the band’s local supporters, the tour has been eagerly anticipated. Crowded House announced the release of their album Dreamers Are Waiting in February of last year but allowed local fans to continue dreaming of tour dates until now. Crowded House was last performed in Australia using a multi-night engagement at the Sydney Opera House in 2016. On Friday, 3 Jun 2022, tickets go on sale for Crowded House’s next Australian tour.

We hope that at this point, you are aware of the benefits of attending a Crowded House live performance. They continue to be the most lovable live bands you will ever witness. Their nearly unrivaled collection of timeless tunes is already a good enough excuse. With these additional dates, the band will be performing in front of their fans in Darwin, Cairns, Townsville, Brisbane, Tamworth, and Wollongong. At the same time, Geelong, Hobart, and Canberra will get to see them after waiting patiently for these rescheduled performances.

Rock group Crowded House was founded in 1985 in Melbourne, Australia. Australians Paul Hester and Nick Seymour, New Zealander, and guitarist Neil Finn served as the band’s original members (bass). Tim Finn, Neil Finn’s brother, and Americans Mark Hart and Matt Sherrod later joined the band. Since the group’s inception, only Neil Finn and Nick Seymour have been consistent. The sons of Finn, Elroy, and Liam, as well as the American keyboardist Mitchell Froom, make up the current lineup.

Crowded House announced its breakup in June 1996. That year, the group performed several farewell shows, including the “Farewell to the World” performances in Melbourne and Sydney. Hester committed suicide on 26 Mar 2005, at the age of 46. The group reformed in 2006 with drummer Matt Sherrod, and in 2007 and 2010, they released two more albums, both of which peaked at number one on Australia’s album chart. After a long period of dormancy, it was revealed that Crowded House would tour the UK in 2020 with a new lineup. Neil Finn, Nick Seymour, Mitchell Froom, and Neil Finn’s kids Liam and Elroy make up the new lineup. The band’s 2020 concerts have been postponed because of the COVID-19 epidemic.