Cricketers Who Disappeared From International Cricket 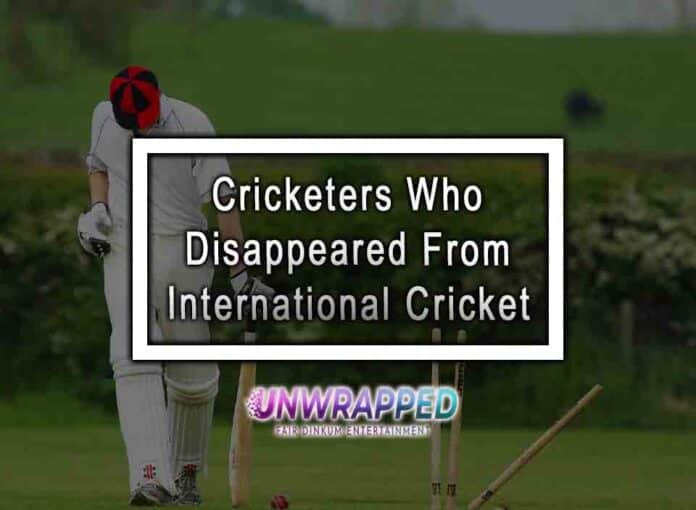 International cricket could prove daunting for some players and many pro-cricketers might fade away in an instant.

Injuries, poor form, career change, etc. might cause a promising cricketer to disappear from the international scene. Over the years, some of the best cricket talents have prematurely left the limelight of international cricket for something else.

Check out some of the most popular cricketers who disappeared from international cricket.

Very few cricket fans will fail to remember Joginder Sharma’s heroics at the 2007 World T20 in South Africa. His fast right-arm pacing was crucial to India’s victory in the final.

Many fans expected Joginder to continue playing international cricket, but that was not to be. Joginder was a last-minute replacement for the injured Zaheer Khan and failed to make the Indian squad after 2007.

He would go on to play for teams in the IPL before leaving cricket in 2017. Joginder currently serves as a Deputy Superintendent of Haryana’s police force.

Selectors for the England cricket team gave a 19-year-old Haseeb Hameed his first taste of international cricket. The youngster showed immense promise while batting in domestic leagues and made his 2016 debut against India.

But Haseeb’s debut against a powerful Indian side led by Ravi Ashwin and Ravi Jadeja didn’t go according to plan. Haseeb showed immense courage against both veteran spinners and became a household name after two Tests.

However, an unfortunate injury in the third Test will rule out Haseeb from further participation and saw him replaced. His 216 runs in six innings with a 43.8 average is still respectable.

Haseeb left international cricket after the incident and has featured for some domestic league sides since then.

Australia’s top spinners throughout the 2010s had something special up their sleeve, and Steve O’Keefe was no different. The spinner tore through India in the first Test with his slow but cunning left-arm spinners.

India folded to his unique spinners and failed to register any meaningful resistance against the Aussies. But as the first Test ended, the Indians found a method to counter his cunning balls.

O’Keefe was dropped and ended up in the Big Bash League. O’Keefe is still in his 30s but has never featured for Australia since he was dropped in 2017.

Very few wicket keepers and batsmen showed immense promise like Deep Dasgupta did in the early 2000s. His debut for India against South Africa in 2001 took fans by surprise as he blew through the South Africans to avoid defeat.

His form weakened over time after his 2001 heroics and he was dropped from India’s squad shortly after. He featured for some Indian cricket teams after retiring from the international scene.

Must Read: Cricketers Who Died Recently

Cricketers Who Have Been Knighted

Cricketers Who Died In 2022