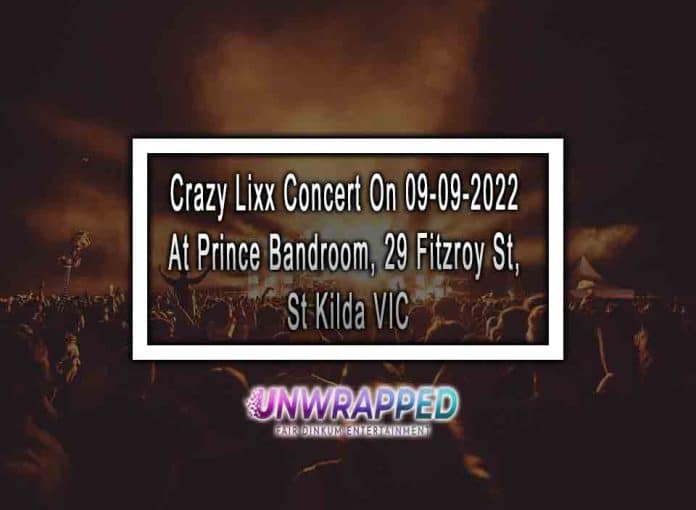 Silverback Touring is bringing two of Sweden’s best Hard Rock exports, H.E.A.T and CRAZY LIXX, to Australia. Both bands will be performing in Australia for the first time! H.E.A.T. has established itself as one of the top brands in the melodic rock scene, both in Sweden and worldwide, during the previous several years. They’ve traveled the world and played in front of thousands of people.

Their self-titled first album was released in April 2008, and it became a big vitamin injection for the genre, receiving instant acclaim from both fans and reviewers worldwide. H.E.A.T. toured extensively in support of the album, performing alongside Alice Cooper and Thin Lizzy, and at major festivals such as Sweden Rock. Since then, H.E.A.T has produced five more studio albums, the most recent of which is this year’s H.E.A.T II, cementing their position as a prominent force in the hard rock world.

CRAZY LIXX is a fellow Swede who has joined H.E.A.T. With their combination of Hard Rock and Hair Metal, CRAZY LIXX proudly carries the torch of Rock ‘n’ Roll. Since the release of their debut album in 2007, the band has enthralled audiences with their distinctive blend of 80’s Hard Rock and incredible live presentation. Forever Wild, their latest album, is another sleazy metal treasure that pays homage to the finest of ’80s rock while firmly rooted in the twenty-first century. Forever Wild solidifies CRAZY LIXX’s position as one of the forerunners of the ’80s hard rock renaissance driven by Scandinavians.

‘The New Wave of Swedish Sleaze’ and ‘Arena Hard Rock’ from the 1980s are brought to life. CRAZY LIXX is jam-packed with great guitar solos, catchy songs, massive rhythms, and genre-defining riffs. Since then, H.E.A.T has produced five more studio albums, the most recent of which is this year’s H.E.A.T II, cementing their position as a prominent force in the hard rock world.

Crazy Lixx is a glam metal band from Malmö, Sweden, established in 2002. The band is part of the Swedish complex rock movement, with Guns N’ Roses, Aerosmith, Kiss, Whitesnake, Alice Cooper, Def Leppard, and Mötley Crüe as inspirations. Danny Rexon and Vic Zino formed Crazy Lixx in late 2002 to revive 1980s-style glam metal. The band’s foundation was created after Joél Cirera was invited to be the drummer. They began playing in local clubs and published their debut album Loud Minority in 2007 on Swedmetal Records, a local label. While the album was not a financial success, it earned positive reviews from critics and was voted #3 in Sleaze Rock’s Reader’s Top Twenty Albums of 2007.