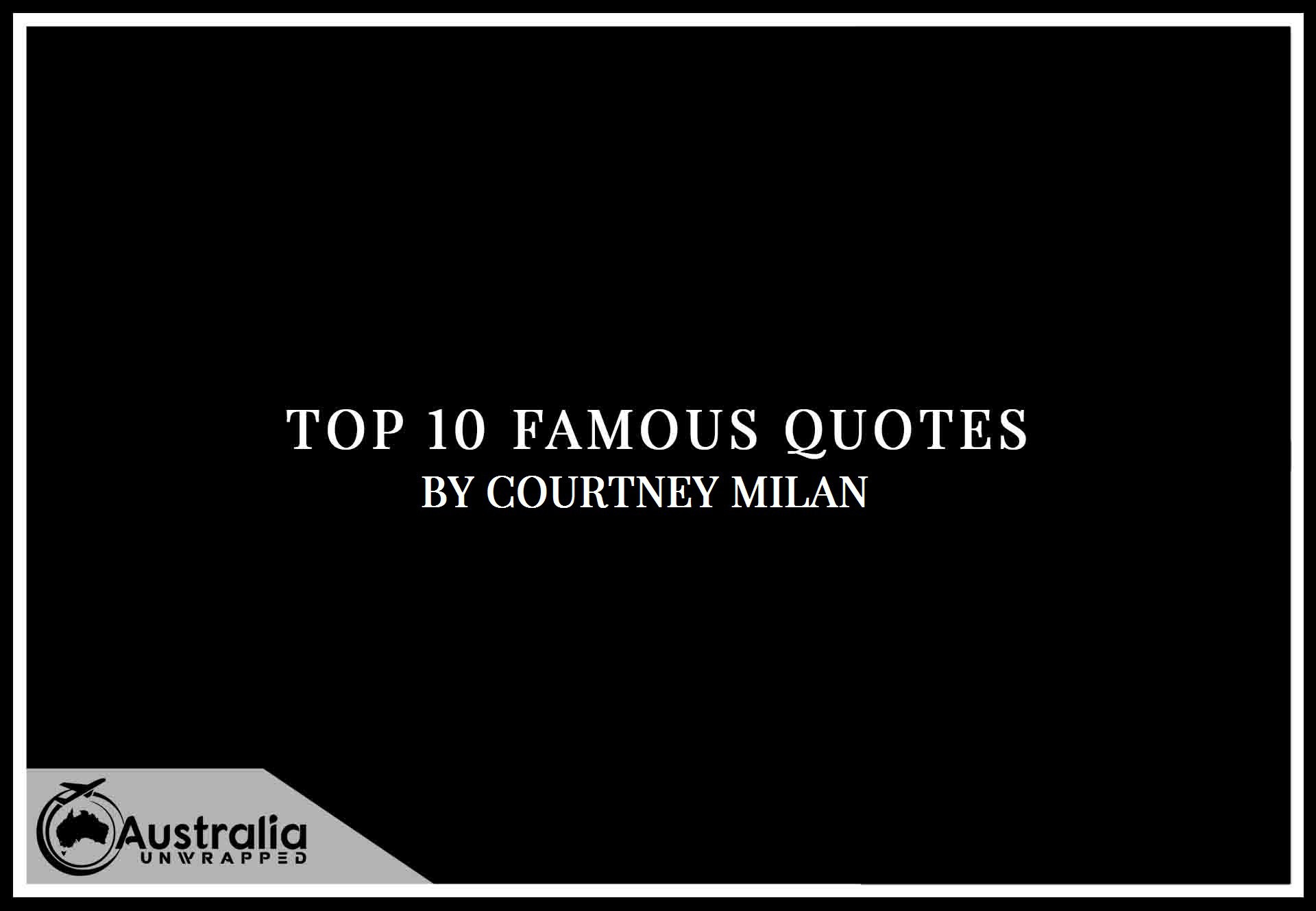 Quotes, who doesn’t love a good quote? This series of articles we look at Top 10 Famous Quotes by Author Courtney Milan, author quotes are always a challenge and fun to pick, with Courtney Milan you will find my Ten favorites of Courtney Milan’s quotes.

She writes books about carriages, corsets, and smartwatches. Books by her have been starred reviewed in Publishers Weekly, Library Journal, and Booklist. She has been a New York Times and USA Today bestseller.

Courtney writes a weekly newsletter about tea, books, and everything else.

More from the Author: https://amzn.to/3cb2WsX

“Do not pollute my perfectly acceptable figurative speech with irrelevant facts!”
― Courtney Milan, The Duchess War

“I’ll be your friend in daylight. I’ll treat you as a comrade in every gas-lit ballroom. But alone, under moonlight, I’ll not pretend that I want you for anything but mine.”
― Courtney Milan, Unlocked

“Over the years, everyone stumbles. That’s why I’ll be here for you — and you’ll be there for me. I don’t expect perfection. I want you, and you’re a thousand times better.”
― Courtney Milan, Unlocked

“Maybe that’s what I have been looking for. When storms and rockslides threaten, I am looking for someone who will hold on to me and not let go.”
― Courtney Milan, Unveiled

“I will not be browbeaten, however nicely you do it. I am done with things happening to me. From here on out, I am going to happen to things.”
― Courtney Milan, The Governess Affair

“When someone else’s safety and acceptance in society is on the line, your personal discomfort comes in a very distant second.”
― Courtney Milan

“I’m not broken,’ he repeated. ‘Although at the moment…at the moment, I may be coming a bit unraveled.”
― Courtney Milan, Unraveled

“There is no such thing as a fallen woman–you just need to look for the man who pushed her.”
― Courtney Milan, Unclaimed

“You need to control your wife.”

“Haven’t you figured it out?” Edward said quietly. “I married her to unleash her on the world, not to keep her under wraps.”

James blinked, as if trying to understand that.

“I married her because she made me believe in her,” Edward said. “Because I wished her beyond your power, not under mine. You have no idea of the debt I owe her. For her I’d do the unthinkable.”

He glanced back at Free.

More from the Author: https://amzn.to/3cb2WsX