Confusing Movies You Must Watch at Least Twice 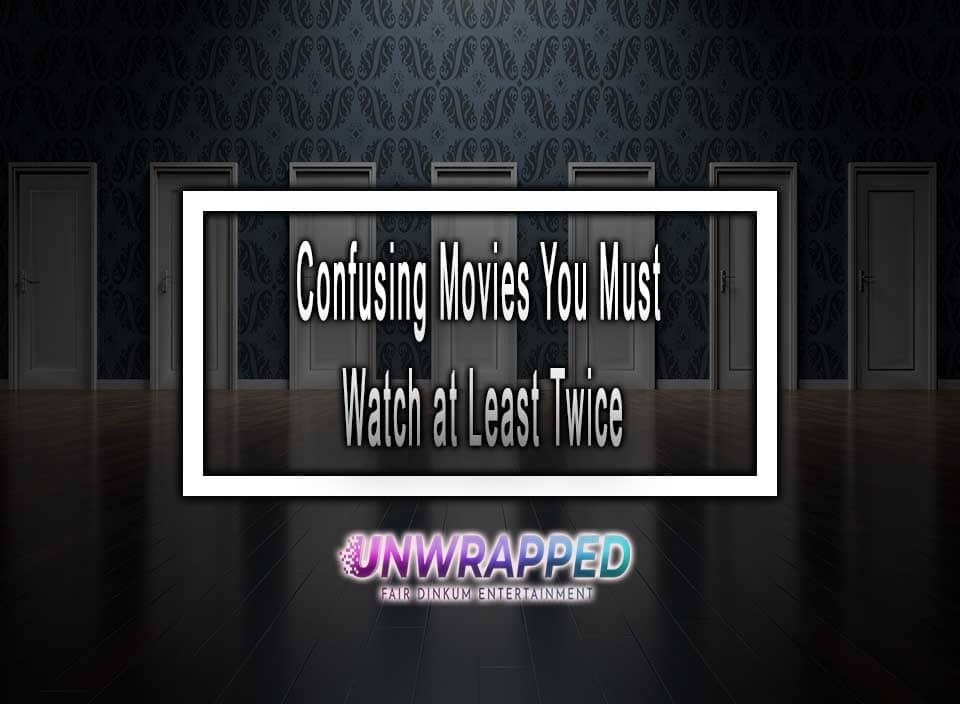 Let’s be honest very few people don’t love a good movie. Yet someth=imnes you walk away and think to yourself what the fuck just happened? Did I enjoy that? I think that was good but not sure why. As a mega movie buff here are some movies I have had to watch twice, and not because they are awesome like Aliens or Predator but because I wasn’t really sure what I had just watched and felt it needed a lot more understanding. Most of them of the second watch though was amazing and a couple I regretted watching again as they were just shit.

I don’t want to spoil the movies in any way, so I will be brief and also quote my favourite line from each. Watch them and comment below let’s talk.

Two mob hitmen, a boxer, a gangster and his wife, and a pair of diner bandits are linked together in four stories about violence and redemption.

Say ‘what’ again, I dare you, I double dare you motherfucker, say what one more Goddamn time!

When a frightened, withdrawn Philadelphia boy who communicates with spirits comes to a disheartened child psychologist for help, they realize he is not alone.

Cole Sear: “Are you a good doctor?”

Dr. Malcolm Crowe: “Well… I used to be. I won an award once. From the Mayor. It had an expensive frame.”

An only survivor reveals the twisty events that lead to the horrific gun battle on a boat, which began when five criminals met at a seemingly random.

“How Do You Shoot The Devil In The Back?”

Using dream-sharing technology, a thief who steals corporate secrets plants an idea in the head of a C.E.O., but his tragic past may doom the project and his team to disaster.

“They Say We Only Use A Fraction Of Our Brain’s True Potential.”

During 1954, a U.S. Marshal investigates the disappearance of a murderer who escaped from a mental hospital.

“Which Would Be Worse: To Live As A Monster, Or To Die As A Good Man?”

Despite short-term memory loss, a man attempts to find the killer of his wife.

“I can’t remember to forget you.”

An enigmatic Blade Runner must pursue and terminate four replicants who stole a ship in space and have returned to Earth in search of their creator.

“Replicants are like any other machine, are either a benefit or a hazard. If they’re a benefit it’s not my problem.”

As a result of a car accident on Mulholland Drive, a woman becomes amnesiac and searches for clues and answers across Los Angeles in a twisting journey beyond the realm of dreams.

“I’m scared like I can’t tell you. Of all people, you’re standing right over there — by that counter. You’re in both dreams and you’re scared too. I get even more frightened when I see how afraid you are and then I realize what it is. There’s a man — in back of this place. He’s the one who’s doing it. I can see him through the wall. I can see his face. I hope that I never see that face, ever, outside of a dream.”

A devil-may-care soap maker and an insomniac office worker form an underground fight club that develops into something much more.

“Fuck off with your sofa units and green stripe patterns, I say never be complete, I say stop being perfect, I say let…let’s evolve, let the chips fall where they may.”

There’s a serial killer whose motives are derived from the seven deadly sins, and two detectives — a rookie and a veteran — are on the hunt.

“I just don’t think I can continue to live in a place that embraces and nurtures apathy as if it was virtue.”

Troubled teenager has visions of a man in a rabbit suit threatening to manipulate him into committing a series of crimes after narrowly escaping a bizarre accident.

“I Hope That When The World Comes To An End, I Can Breathe A Sigh Of Relief, Because There Will Be So Much To Look Forward To.”

A general accuses the soldiers of cowardice after they refuse to attack an enemy position. Their commanding officer must defend them.

“This is a general courtmartial and we shall therefore dispense with unnecessary formalities. These men are charged with cowardice in the face of the enemy and will be tried for that offense… The indictment is lengthy and there’s no point in reading it. The indictment is that the accused showed cowardice in the face of the enemy during the attack on the Ant Hill.”

The story takes place in a world devastated by disease, where a convict is sent back in time to gather information about the man-made virus that wiped out the majority of humans.

“The truth is what everybody accepts. Right, Owen? I mean, psychiatry: it’s the latest religion. We decide what’s right and wrong. We decide who’s crazy or not. I’m in trouble here. I’m losing my faith.”

An entrepreneur and his friends, who know that there is more than just the different error-checking devices they have built, wrestle over their new invention.

“Man, are you hungry? I haven’t eaten since later this afternoon.”

14 Movies You Have To Watch Twice

So that’s it all these movies I have watched at least twice, I have tried not to give much away, but if have seen any of these once I would recommend a second pass and if you have not seen any of these bad boys then I envy you.

5 Movies Like Wheel of Fortune and Fantasy To Watch